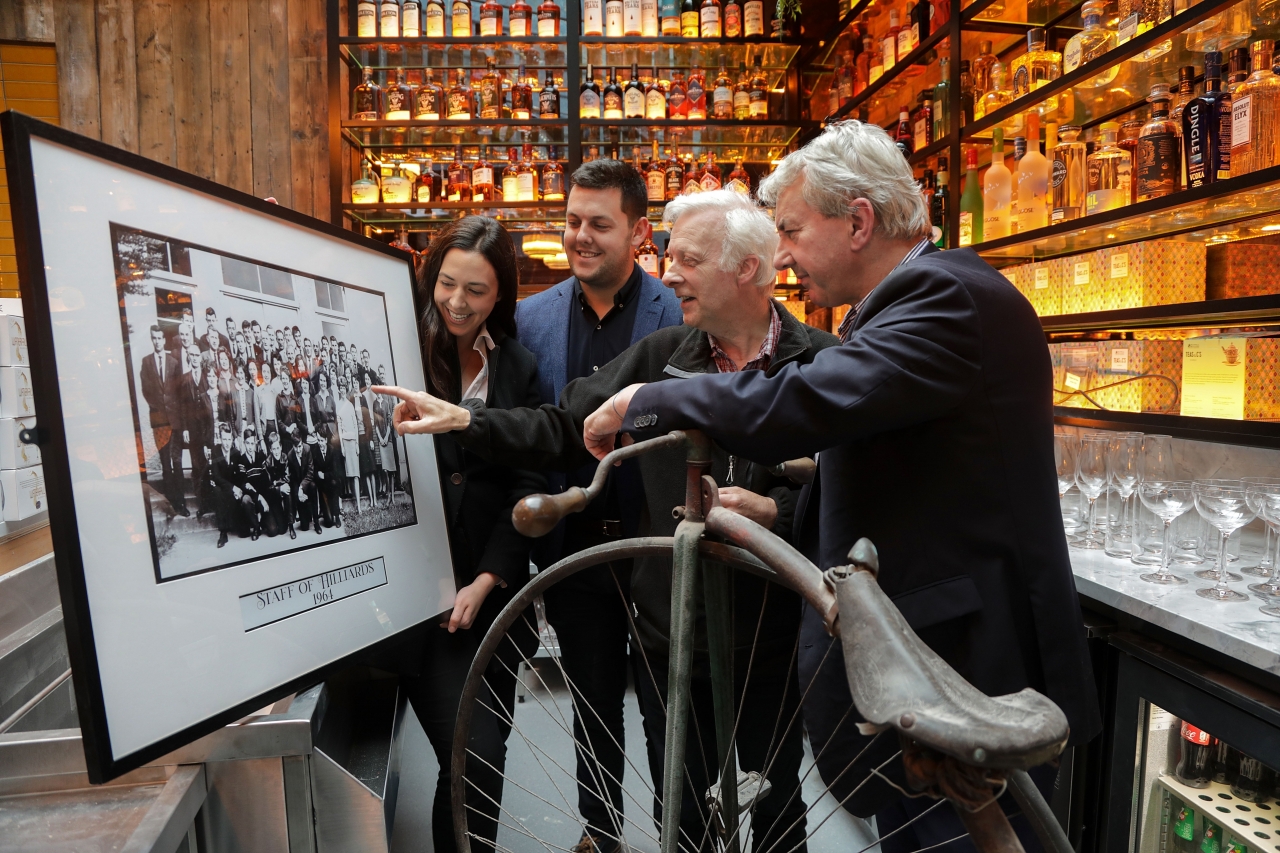 BACK TO THE FUTURE: Adrian Hilliard (second from right) whose family operated the thriving business from 1848 identifies former staff members in a photograph taken in 1964 with Sheahan Group directors Pat Sheahan (right) Niamh Sheahan and Pat Sheahan Jnr. They are pictured in the bar area of the new Hilliard’s restaurant and cocktail bar. Photo: Valerie O'Sullivan

One of the most iconic and distinguished retail brands in Killarney’s long and proud commercial history is to be revived as part of an exciting new business venture due to open its doors in the coming days. 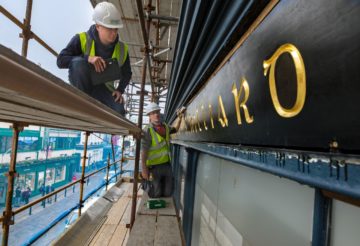 Hilliard’s – the name chosen for a vibrant new restaurant and cocktail bar on 6/7 Main Street – will have huge significance for a whole generation of people in Killarney given the major influence the Hilliard family had in the area for well over a century and a half.

The official opening has been planned for Friday, July 8 but there is some suggestion of a sneak-peak this coming weekend.

The unveiling of the back to the future brand is particularly appropriate given that the new development, undertaken by the Sheahan Group, located on the exact site of the former R Hilliard and Sons department store which remains a landmark building on the town’s main retail thoroughfare.

The new venture will bring the number of people employed by the Sheahan Group to over 500 with more than 50 new jobs being created at Hilliard’s.

Members of the Hilliard family are thrilled that the name and building will again become central to the commercial life of Killarney town.

The House of Hilliard, established in 1848, is synonymous with enduring quality, craftsmanship and style. For 148 years, Hilliard’s traded as a department store, attracting well-heeled shoppers to sample an unrivalled selection of fine, handmade wares, from haberdashery to drapery and footwear.

The thread of masterful crafting will be sewn through the new Hilliard’s experience, from signature cocktails and small plates to delicious mains, comprising the freshest local ingredients, in a space thoughtfully designed to be welcoming and inviting.

Hilliard’s today, as before, has a family business at its core. The new team will be led by executive chef Diarmuid Murphy, head chef Rory Gabriel, mixologist Ariel Sanecki and operations manager Siobhan Whelan.

The striking feature original sign at the top of the building’s exterior, dating back to 1917, has been painstakingly restored by master craftsmen to ensure the business remains true to its roots at the beating heart of Killarney town.

Originally commissioned by John Hilliard, who consulted with the Irish language department in UCC, it was the first Irish language façade in Killarney and the first use of the word ‘Teoranta’ on any sign of its kind on a shopfront.

Hilliard’s, the stylish elder sister of JM Reidys, will add significantly to Main Street’s rich and colourful history while ensuring a bright future.

Detox to reset your body for better health