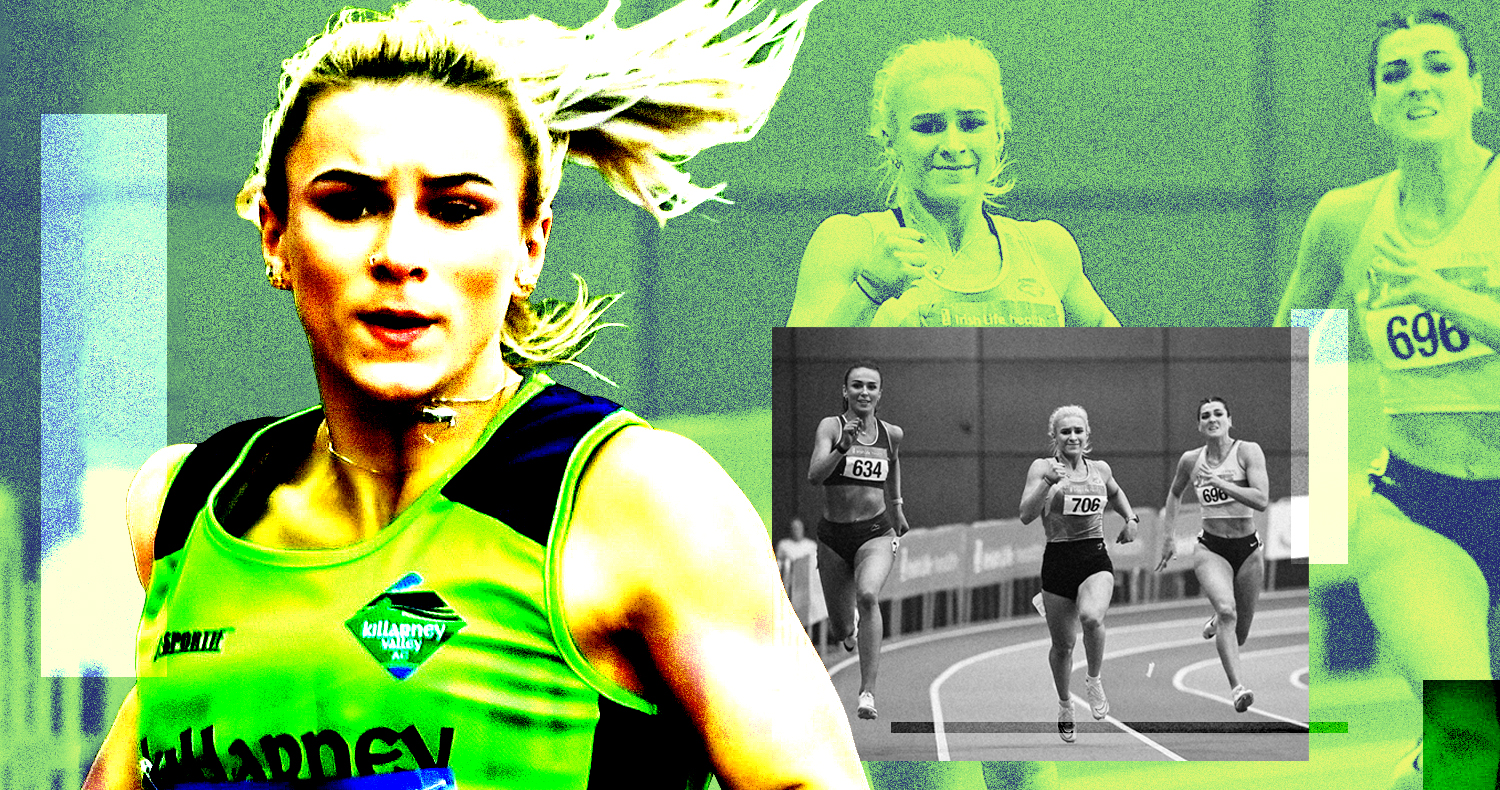 Solo athletes aren’t always noted for their humility, at least not outwardly. Operating as an individual requires a lot of self-belief. When you only have yourself to depend on, you need to have absolute faith in your abilities at all times.

While those involved in team sports tend to deflect praise and extol the talents of their colleagues, solo sportspeople project a type of confidence that can sometimes border on arrogance. We often hear pro boxers, golfers, and track and field stars banging on about how great are (the best, even), conveniently ignoring any statistics or rankings that might suggest otherwise.

But how about an athlete who’s the best without even knowing it?

This week I had the honour of inadvertently informing Sarah Leahy that she is the fastest Kerry woman of all time. Yes, you read that right. The 22-year-old Killarney sprinter was caught off guard when I asked her how it felt to be the county’s fastest ever woman. Speaking to me on the phone from a quiet corner of UL’s Glucksman Library, Leahy sounded genuinely surprised when I clarified that her Killarney Valley AC clubmate Jerry Griffin had provided the information.

“Oh… I hope he did the research on that, because I didn’t!"

“I sometimes forget about things like that. I know I’m there for the club and I have my family and other people there supporting me, and it’s kind of a big deal. But I feel like I’m just there to run and enjoy it.”

She certainly enjoyed her most recent outing, the National Indoor Championships in Abbottstown. Having taken silver in the 200m on Saturday, she capped a fine weekend for local athletics by securing bronze in the 60m on Sunday.

As far Leahy was concerned, was there also a tinge of disappointment at how things played out? She flew out of the traps to lead the 200m before being overtaken by Sharlene Mawdsley, and she thought she had finished second in the 60m only for the result to be scrapped due to uncertainty over the start.

Leahy didn’t have her best start in the re-run but she recovered to finish third behind Molly Scott and Lauren Roy. Scott ran a sensational national record time of 7.19.

“On Monday I was definitely emotionally drained to be honest. I didn’t have any emotions because I was so tired,” the engineering student reflected.

“Overall, I was very happy with how things went. But also I felt I had nothing to lose going into it – until I started running. At one point in the 200m I was winning, but I finished second.

“Unfortunately I don’t feel like I did myself justice in the second [60m] race. I didn’t run as well, I didn’t get out of the blocks fast enough. I ended up coming third, just about. I was a bit behind but I managed to claw my way back up there. I wanted to get to my PB of 7.39 again but I got 7.46, which was slightly slower than my time in the heat earlier that day."

That personal best of 7.39 is what makes her the fastest Kerry woman over 60m of all time. Leahy believes that she can go even faster.

“When I go running it’s more about getting PBs for me. I know that there is definitely more in me, so I was a little bit disappointed that Sunday wasn’t the day for that. But at the same time, we’re there to win medals and I guess I did that. I had never won a senior medal before, so I’m delighted.

“The standard of competition was really high. Not just in my races but in all the races. There were loads of Olympians in the men’s and women’s 400m, and obviously Molly Scott got a national record again. It was a mad standard and a fantastic experience.”

Leahy had previously been juggling athletics with GAA commitments but with all of her focus now on sprinting, her progress has been remarkable. In addition to being the fastest Kerry woman ever, she is the 14th fastest Irish woman over 60m ever and 12th fastest over 200m.

Her coaches say they are impressed by what she is doing, but not one bit surprised. She had been singled out as a major prospect as a teenager. Now that she is “all in” on her chosen disciplines, they are confident that she can take it to the next level and compete internationally.

For Leahy’s part, she feels as though is she is “slowly but surely” finding her feet amongst the elite of Irish athletics. Not so long ago she was the new girl. Now she’s starting to feel like she belongs.

“It used to be a lot more intimidating but now a lot of the girls talk to me. I’m kind of getting to know more people and they’re all very nice, and very chatty. Some people tend to be very focused all day but I feel like I do better when I’m having a laugh and making friends.

“I was a bit starstruck when I saw Phil Healy. I haven’t got the courage to talk to her yet! But in general I’ve learned to deal with it more. I just enjoy it, put on a smile and chat away.”

Next on the agenda is the outdoor season, during which Leahy will be gunning for gold in the 100m and 200m.

“I’m very excited about the outdoor season. I think I should be much faster after the training I’ve been doing. I’m much stronger than I used to be; I used to fade a lot. That shouldn’t happen this year.”

There’s a hint of that self-belief we talked about earlier. All the top athletes know full well that as important as it is to be humble, that will only take you so far.

Leahy has more than earned the right to project confidence. She is the fastest Kerry woman ever, after all. And now she knows it.

Relief as Anastasiya arrives safely from Kyiv to Kerry