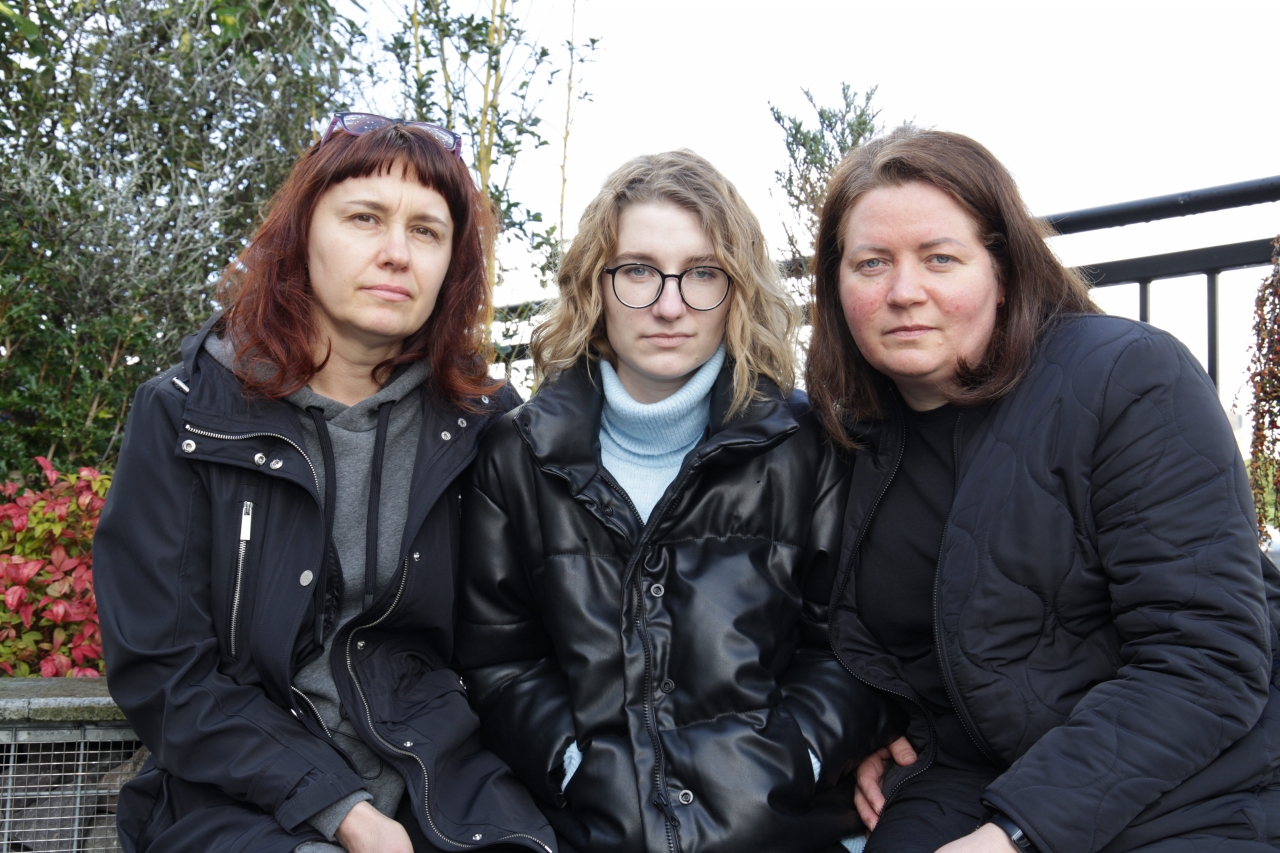 RELIEF: Natalya Ostrovska (left) is relieved that her daughter Anastasiya (centre) is now safe in Kerry after arriving here from Kyiv on Wednesday following the outbreak of war in Ukraine. Also pictured is Natalya Maxymenko (right) who works in Tesco Deerpark. Photo: Michelle Crean

The horrors of war on her doorstep forced one Ukrainian woman to immediately flee her beloved country to the safety of Kerry this week.

There was huge relief on Wednesday when Anastasiya Ostrovska (24) - who lived on the 25th floor of a Kyiv apartment - landed safely in Dublin - after days of travel through her country, across the Moldovan border and out through Romania.

Anastasiya, her mother Natalya Ostrovska, and Natalya Maxymenko who works in Tesco Deerpark, were very emotional when they spoke to the Killarney Advertiser yesterday (Thursday) about the atrocities in their home country over the past eight days after Russian President Vladimir Putin ordered millions of Russian troops to invade Ukraine.

Since then thousands have died - including children - as the Ukrainian people continue to fight for their freedom. Millions have fled into neighbouring Poland and other the countries to get to safety.

"It was definitely a shock for everybody - it was a regular day last Wednesday, I had a coffee with friends and I said I'd meet them on Saturday," Anastasiya told the Killarney Advertiser. "I went home and woke up to war. Something was happening [in the weeks beforehand] but nobody expected it [war] to happen."

Anastasiya explained that the day the war broke out last Thursday everyone remained calm at first but began making practical plans to leave.

"It wasn't chaos, all the people were trying to be calm, getting money and medications from the pharmacy and fresh water just in case, some people were trying to find a safe place. I thought I'd just escape Kyiv and go to my small town Vinetsa. I got there, but it took a long time. There were queues of people walking with bags. I wasn't scared as [at that time] the shooting was on the military bases - but I was always on alert."

Anastasiya made her way to the Moldovan border onto Romania where she met her emotional parents who travelled from Kerry to meet her. From there they flew to Dublin and onto Kerry.

"I know I'm physically safe but mentally it's not easy. I have friends over there."

The three women said that they are all very grateful for all the support not only worldwide but from the people of Kerry and Ireland.

"We are very grateful and amazed with the support and the whole world on our side. I thought we'd be by ourselves. Everybody is doing everything they can."

Speaking about Putin, Anastasiya said that "all the world knows he's a crazy mad man".

Natalya Maxymenko works in Tesco Deerpark is worried everyday for the safety of her 73-year-old mother.

"She's 100kms from Russian soldiers. She doesn't want to leave her home. All of us hope it will be over soon."

She added that she's also very grateful to her colleagues and the public who are generously dropping donations into her workplace.