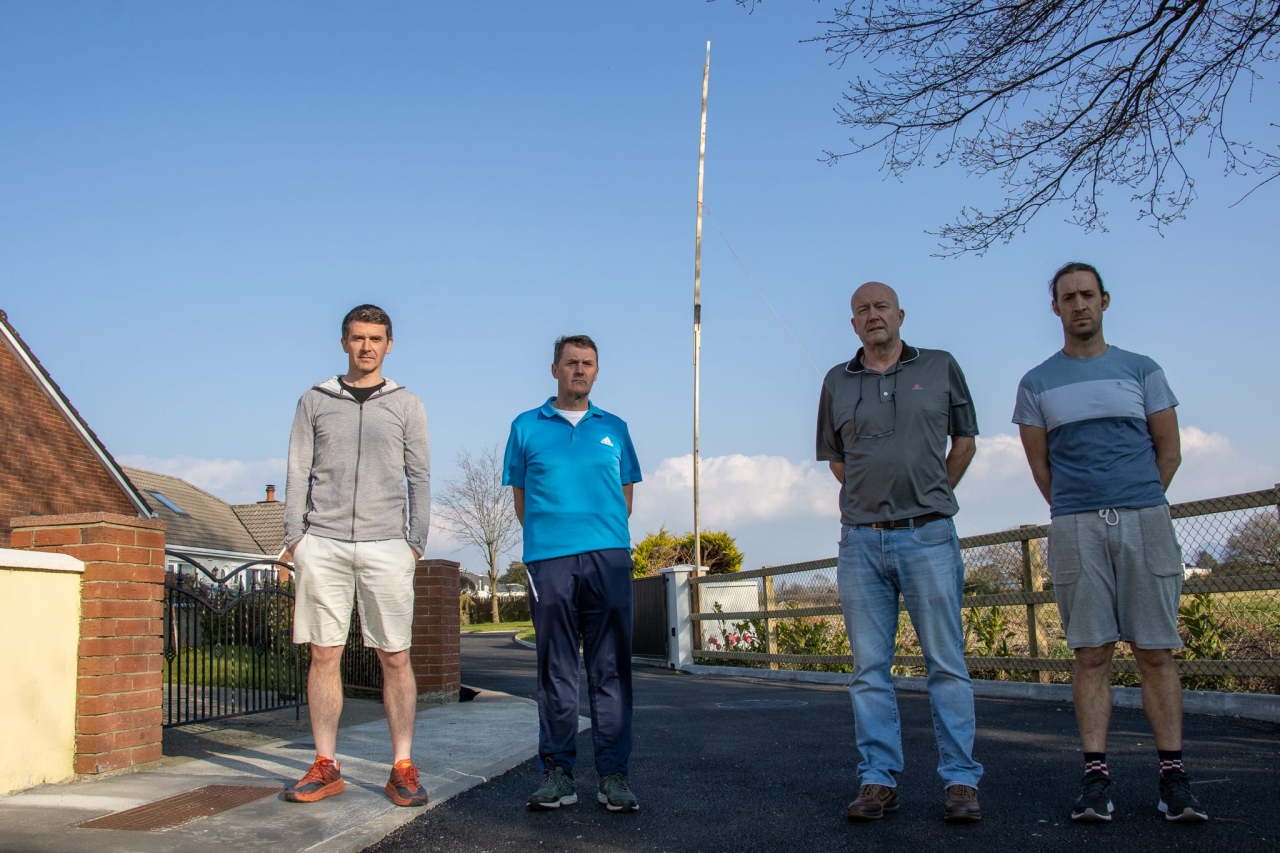 CONCERNS: Residents Shay Nolan John Fitzgerald Brian O'Callaghan and Robert Patterson have installed a pole in their estate to highlight the height of the proposed development. Photo: Tatyana McGough

Additional residents in the Millwood Estate have raised concerns about a new 228-unit development that could be built in their area.

Last week the Killarney Advertiser reported that locals were up in arms over the potential development.

A company called Portal Asset Holdings has lodged planning permission for the development at the rear of the District Hospital and to the rear of the cottages on Port Road.

Worried residents believe a development of this size is not suitable for the area and last week outlined several concerns.

Since the Killarney Advertiser published that story a second group of residents have raised their apprehension about the proposed plans.

They say there are two issues at stake; they are worried about the size of the development and that it could extend to three or four storeys in height.

They are also concerned that an access route will be created between the new development and the existing Millwood Estate which could lead to anti-social behaviour in their long-established estate.

“We accept that housing will be built here, but it must conform with the other housing on its boundaries, so nothing over two storeys,” group spokesperson,John Fitzgerald, told the Killarney Advertiser.

“As for the access, it is totally unacceptable that Millwood be used as an access point for this development. Extra activity and traffic will only increase safety issues, crime, anti-social behaviour and trash – scale the development down to blend in with the adjoining neighbourhoods.”

The Killarney Advertiser has made repeated attempts to contact the developer and its engineering and architecture partners, but so far have been unable to get a comment from them.