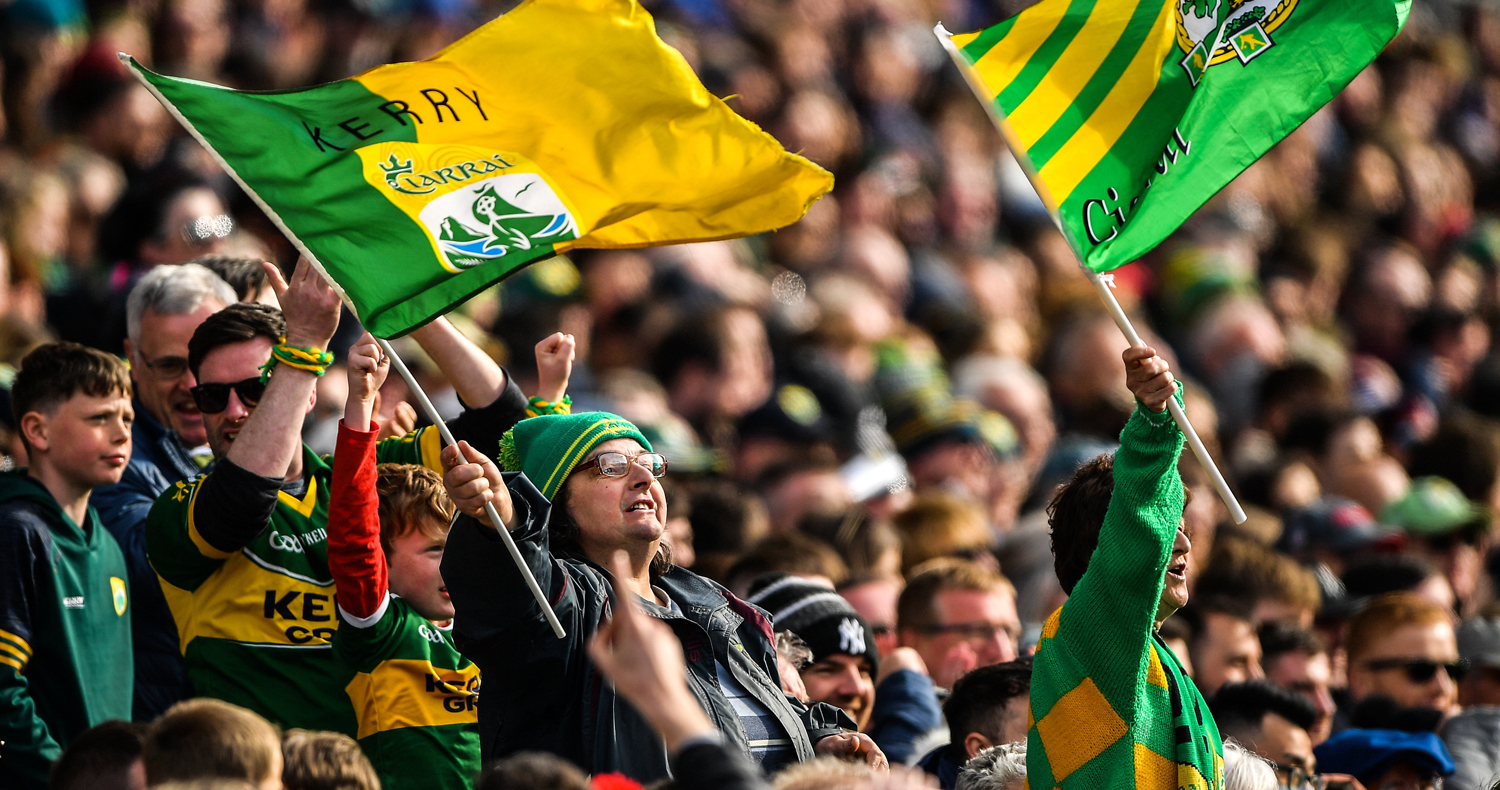 A survey carried out by the Killarney Advertiser has revealed that a significant portion of Kerry fans will not be attending next weekend’s All-Ireland quarter-final against Mayo as travelling to Dublin is “too expensive”.

The majority of supporters who responded to the survey and said that they would not be going to the game cited financial reasons.

“The cost of fuel if I drive or the train [is too much],” one reader said. “The late throw-in means a hotel which is the price of my mortgage.”

Hotel prices in Dublin have extremely been high of late; the Kerry hurlers were forced to travel up and down the same day when they were unable to secure affordable accommodation for their recent Joe McDonagh Cup final in the capital.

As for followers of the football team, 86% of people who are going to the Mayo game said they would not be staying in Dublin overnight.

The timing of the match itself – 4pm on a Sunday – is also a deterrent according to those who won't be attending. “The game is on too late on Sunday,” one person claimed. “If it was Saturday evening then I definitely would have gone.”

One third of fans travelling alone say they expect to spend between €100 and €150 on the trip to Dublin, while 22% are expecting to spend less (€50-100). Others anticipate spending much more, however: 22% say the trip will come to somewhere between €151-200 and 13% believe they will part with €200-300 to attend the match. These estimates do not include any money spent on alcohol.

Naturally, those travelling with children expect to spend even more. 30% of adults heading to the match with at least one child say it will cost €100-200 and roughly a quarter plan on spending up to €300. Around one in ten fans in this category anticipate shelling out as much as €500-600.

When the Kingdom drew Mayo in the last eight, some locals were hopeful that the GAA would stage the game in nearby Limerick, possibly as a double-header with a minor match that features the same two counties. Instead, the senior match was fixed for Croke Park on Sunday next (June 26) with Galway v Armagh taking place at the same venue at 1.45pm.

When asked if they agree with the GAA’s practice of playing every All-Ireland SFC quarter-final at HQ, 80% of Kerry supporters said that they did not.

Despite the concerns expressed in our survey, the GAA announced on Tuesday that they had already sold 35,000 tickets (at a cost of €40 for the stand and €30 for the terrace) for next Sunday’s games. It is not known how many of those tickets were snapped up by Kerry fans.

Armagh – considered All-Ireland contenders for the first time in a number of years - are expected to be well represented at the famous Jones’ Road ground. Mayo’s fanatical supporters are also likely to travel in good numbers.

Fun for all at Two Mile School tomorrow 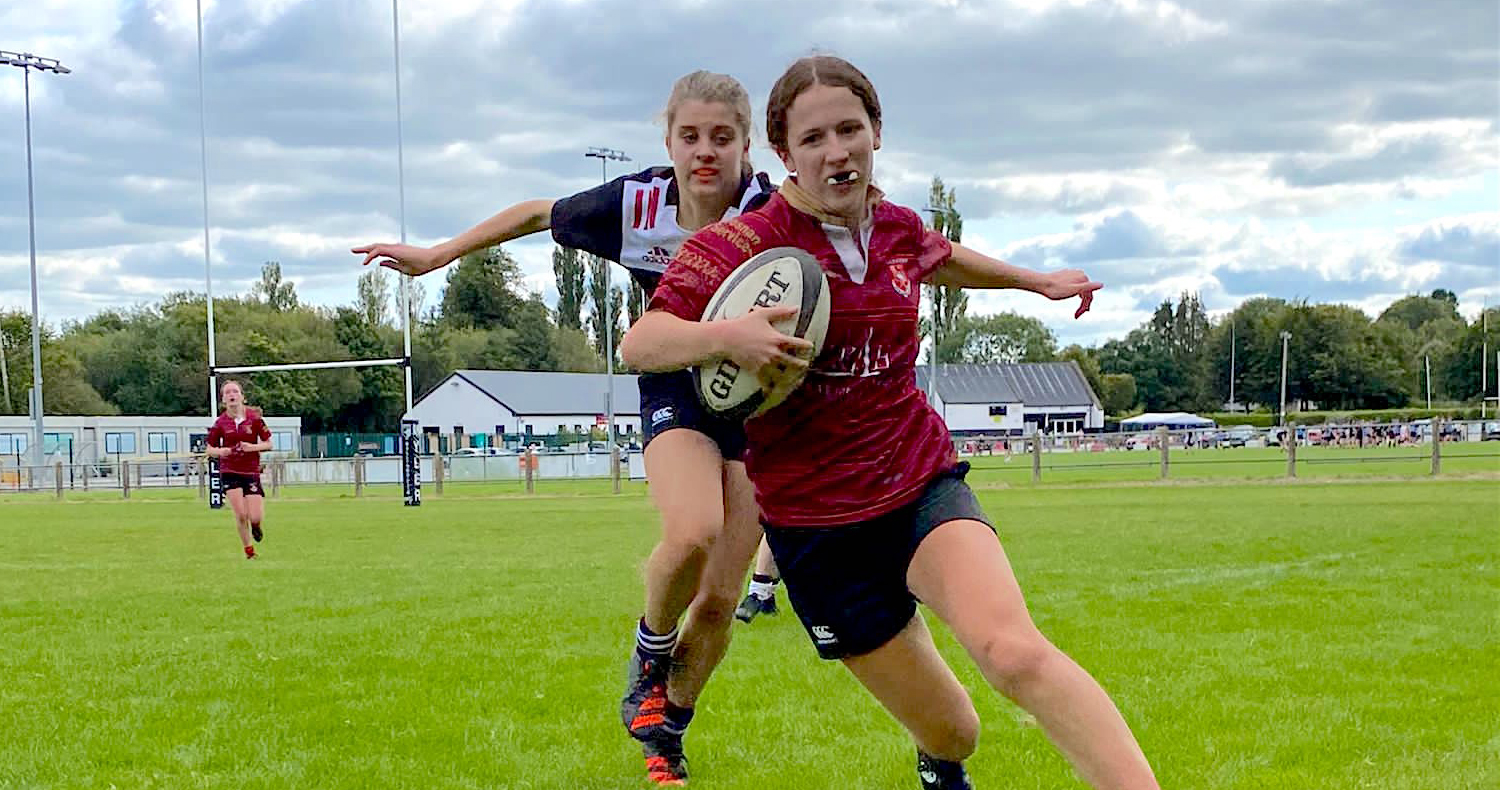 The Killarney RFC U18.5 girls team are in pre-season mode and they laid down a marker for the upcoming season with an impressive 54-24 victory over Ballincollig.

Killarney fielded a relatively inexperienced side in the challenge match at a sun-drenched Tanner Park but they started strongly with tries by Ali O’Donoghue and  Bronagh Dorrian.

Some excellent play by Orna Driver set up the score of the day by Katie O’Donoghue,  who went on a super run and fended off a number of opponents before touching down. The try was duly converted by Fia Whelan.

“It was fantastic to have the girls back out playing a match,” joint coach Diarmuid O’Malley said. “Some of the rugby the girls played was of the highest standard.”

“We are very excited with the number of girls playing rugby at the club and we want to encourage anyone who is thinking of giving it a try to pop up on a Wednesday evening at 7pm. U14, U16 and U18.5 players all welcome.” 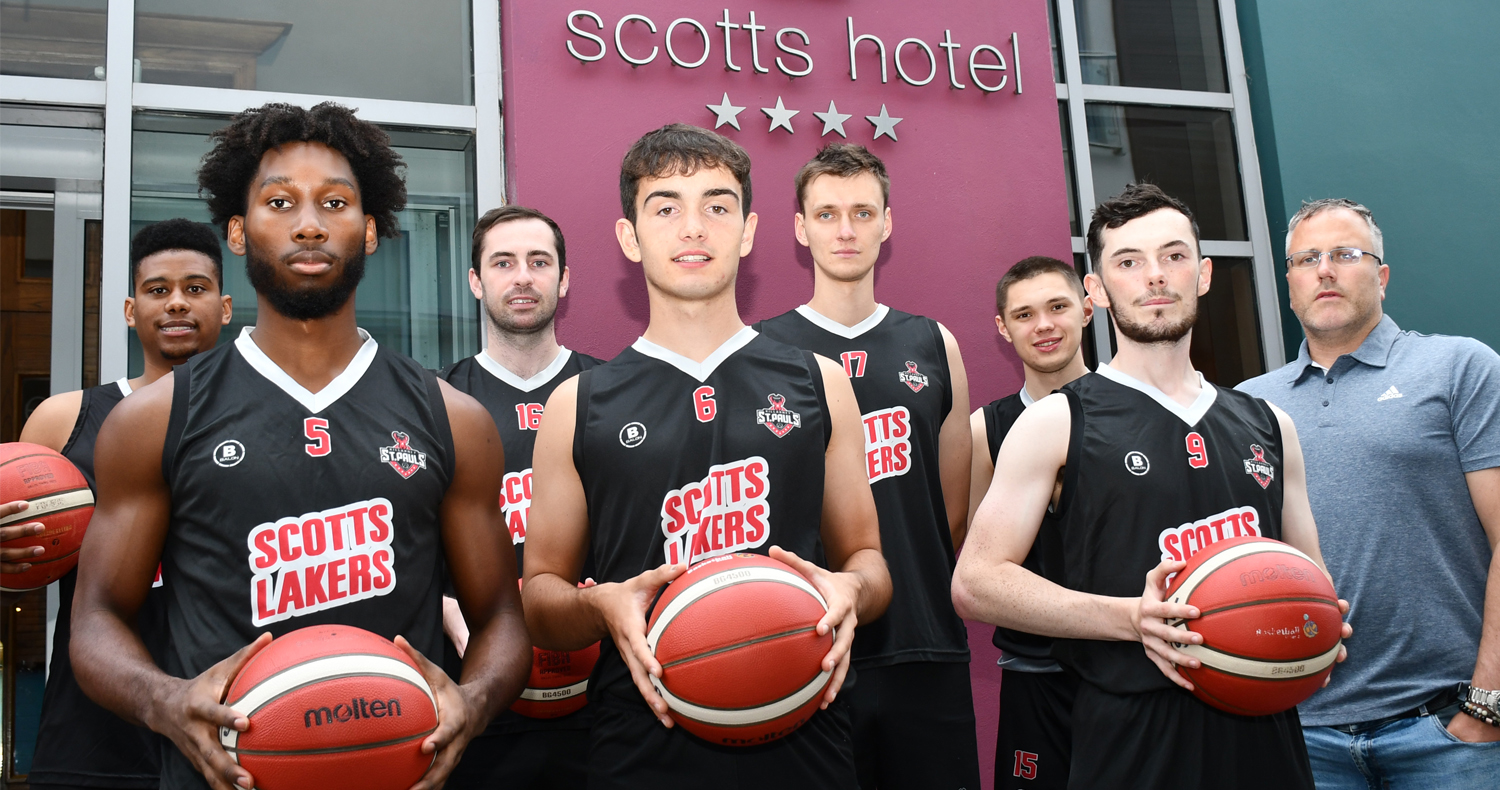 Last year the Scotts Lakers were left to rue a slow start when they missed out on the playoffs by a single basket. With that in mind, starting off on the right foot is sure to be a priority this time around.

The Lakers get their 2022/23 National League Division 1 season up and running on Saturday, October 1 with a home game against the Limerick Sport Eagles. When they take to the court at Killarney Sports & Leisure Centre there will be a new enough look to the team.

Cooper Jr is a graduate of Pepperdine University and his eye for a basket has been evident in pre-season. His 84 three-pointers in a single season is the third best haul in Pepperdine’s history. Bosman player Strijdhaftig plays point guard and he was very adept in defence and in taking the ball to the rim at his previous club Almere (Netherlands).

Berozkin will be endeavouring to use his 6’10” frame to his advantage in both offence and defence. He has represented his native Ukraine at U16, U18 and U20 level. Now based in Killarney, he will be looking to settle quickly into the pace of the league.

Rui Saravia – the Portuguese player who signed last season – is staying put and with local lads Mark O’Shea and Paul Clarke also committed (GAA commitments in the short term allowing), the Lakers are expecting to put out a strong starting five.

Teenagers Jamie O’Sullivan and Senan O’Leary will be looking to add minutes to their court time and, the more he played, David Gleeson improved immeasurably as a force at both ends last season.

The squad will be further boosted by the presence of Irish underage international Ronan Collins, who, like Gleeson, is a Gneeveguilla native. Collins had a very impressive record in the green of Ireland and once he settles into the league he will be a real asset to the squad.

Marko Benčić, the son of former Lakers coach Vojkan, contributed hugely to the scoring effort in the latter part of last season’s league campaign. He will be looking to push on again in 2022/23.

The club will, as always, be looking to harvest the potential of their outstanding underage structure and young guns Mark Sheahan, Jack O’Sullivan and Eoin Carroll – amongst others – will be involved with the squad. Another addition to the squad is Jamie Cooke who is well known for his basketball prowess with the Kerry Stars club.

That sluggish start in 2021 was mitigated somewhat by players being unavailable and the fact that their home venue was being used as a makeshift vaccination centre (their first four home games were staged at alternative venues).

There should be no such excuses this time around and coach Jarlath Lee will be hoping for a positive opening month that includes three home games here in Killarney. The other Limerick side, the Celtics, will visit the town on October 22 and Cork outfit Fr Mathews will cross the county bounds on October 30.

The sole road trip in October is to Waterford to take on the SETU Waterford Vikings October 8. The league is a little more arduous this season in terms of travel; with away days in Donegal and Dublin, a large, functioning squad is vital.

St Paul’s have once again expressed their gratitude to the team’s main sponsor, Maurice O’Donoghue of Scotts Hotel. The O’Donoghue family’s legacy in supporting Killarney basketball goes back over 40 years. 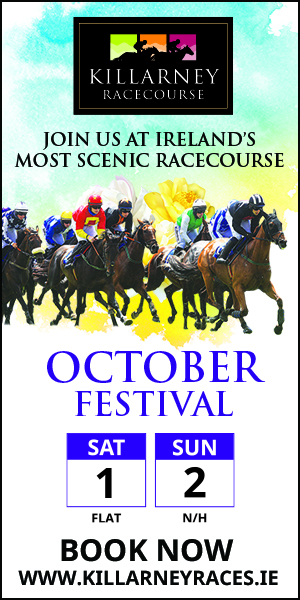 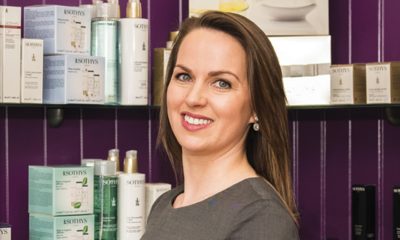 Top tips for exfoliating your skin

One of the most important steps when we are looking after our skin, face and body is exfoliation. There are... 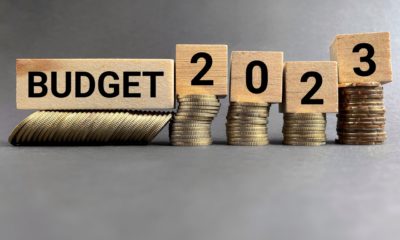 At lunchtime today (Tuesday) Budget 2023 was announced which includes an €11 billion package in what’s been described as a... 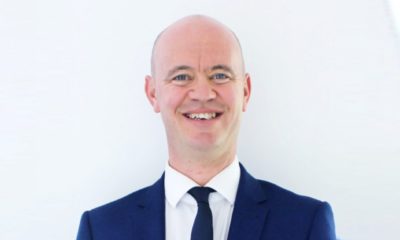 By Ted Healy of DNG TED HEALY Property owner groups are pushing for a new tax rate of 25 percent... 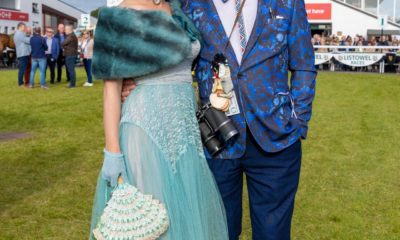 A dapper blue and black suit that a popular Killarney man has worn many times over the years was a winner... 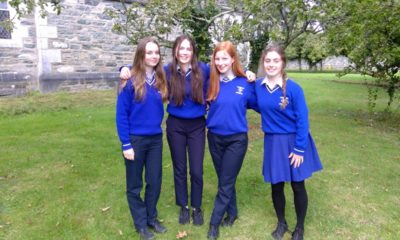 By Michelle Crean It will be a highly educational trip for Killarney girls as they head to Brussels to learn...