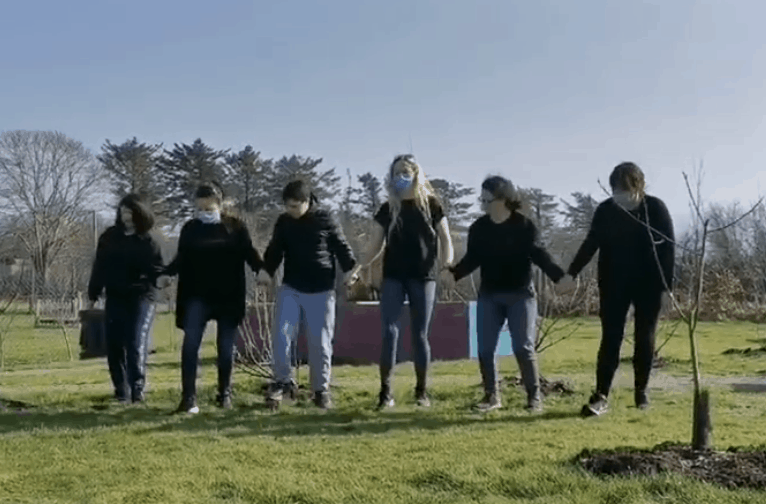 What a welcome back to school it was for children in Beaufort as their Jerusalema Dance video received almost 60k views online since it was posted up just over a week ago. With a phased return for the children, it took two and a half weeks to include everyone for the uplifting video showcasing the talent from St Francis Special School.

And it was a completely inclusive four minute long video as not only were the pupils featured - but school principal Liam Twomey, and all the staff including the secretary, nurse, teachers and SNAs.

The idea was thought up by SNAs Aoife O'Connor and Shane Riordan, and teachers Mary O'Riordan and Kathleen Fitzgerald.

And it was Kathleen's son Conor who filmed the drone footage to showcase the school from overhead.

"It was brilliant," Aoife O'Connor, told the Killarney Advertiser. "It was really uplifting for us all. The drone footage really showcased the school. We only filmed it once and the weather really held off for us as well."

She added that they're overwhelmed with the amount of views, likes, comments and shares the video got.

"When we were off we saw the challenge and said it would be good to do. We're all music orientated in the school. In normal times we have the choir every Wednesday. When we saw the challenge we did it straight away when we returned but it took two and a half weeks as we had a phased reopening. The biggest thing is that it's child centred. We posted it Friday and within hours the feedback from everyone was brilliant. It's a fun thing for the kids to do and the staff, and we really enjoyed it."

The kids, and staff, were thrilled to receive a special message from Garda Mary Gardiner from Tralee Garda station, who organised the Garda version.

And, normally every year the school teams up with Killorglin Pipe Band for a fun St Patrick's Day parade but instead, due to current restrictions, next Tuesday they are planning a socially distanced St Patrick’s Day Parade.