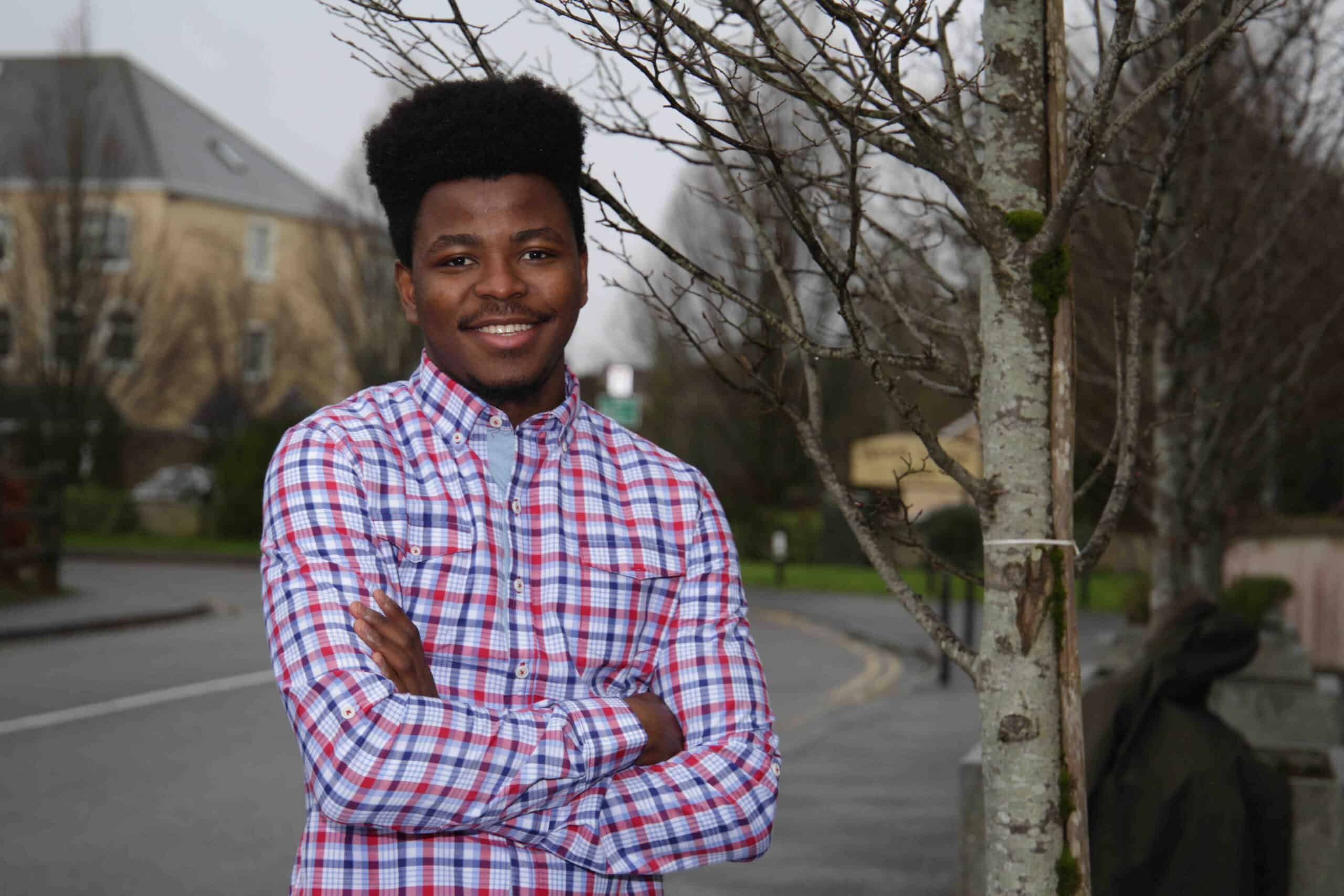 A catchy tune is sure to become a hit for one singer who has chosen the theme of hard times to represent how people are feeling. With a passion for singing and sharing positive messages, Enock Tounkara who is living in Muckross, penned his a song ‘Hard Time’ to give people hope.

Enock – who goes by the pseudonym ‘Mr T Boy’, is no stranger to going through hard times as he came to Killarney alone in 2018 at the age of just 17 from Guinea in West Africa.

Without a word of English he enrolled in St Brendan’s College and with their support studied hard to secure a nursing place with Kerry College. His dream is to become a nurse to help others – but his passion is to sing and share positive messages to uplift others in difficult times. And, in a bid to do this, the young man who works at Cherrytree B&B, writes, produces and performs his own songs.

He loves it so much that he saves up and pays for the recordings and videos himself at Infinity Studio on New Street. And it’s proving popular as both Radio Kerry and Spin SouthWest have selected it for their playlists.

“I love both. Music is about making people happy and I’m always singing everywhere,” Enock told the Killarney Advertiser this week. “But I also want to help people as well. I hope to go to college next year, I’ll never give up on my course.”

Strong friendships formed at school and he became known for his love of singing. And after sharing on his social media platforms his friends encouraged him to write and record his own music.

“Before I started recording I used to do freestyle on Snapchat and my friends told me I’m good.”

‘Hard Time’ is the third song Enock has recorded and released, the first one being ‘Beno‘ followed by ‘Golden Girl’.

“I decided to write and record ‘Hard Time’ to help people stay strong and give them hope. People can’t see family and the situation is affecting people mentally, physically and emotionally. We are all in this together and together we can be stronger. Stay safe and be brave.”