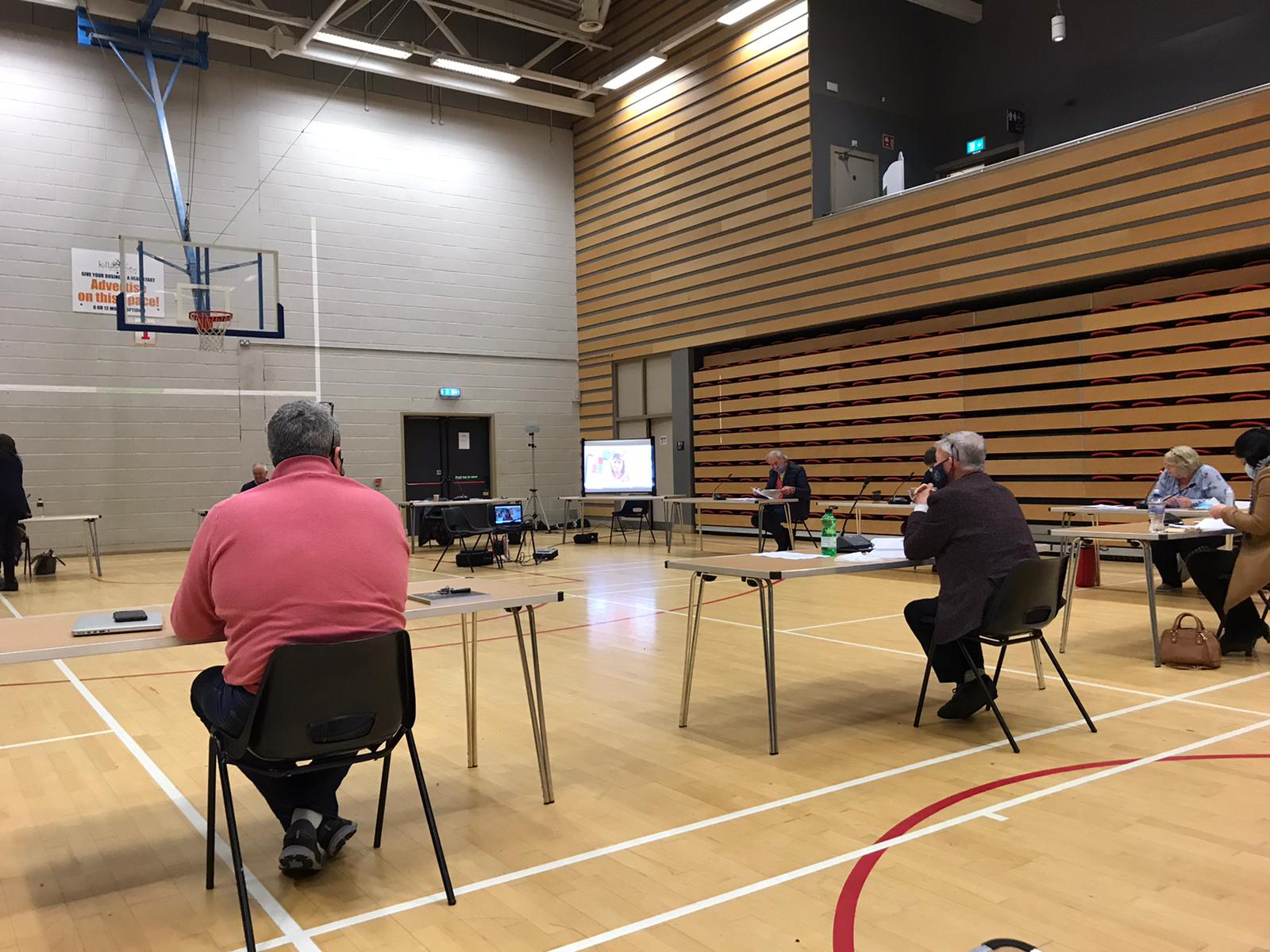 ONLINE: Elected members of Killarney Municipal District listen to the concerns of the Ballydribbeen Residents Association via online link. It was thefirst time a deputation was heard by video link in Killarney. Photo: Sean Moriarty

Killarney Municipal District executive has given an undertaking to the Ballydribbeen Residents Association that it will include their concerns in all future road plans in the area.

They raised several issues, which included the safe access and exit from the large housing estate on the Tralee road, pedestrian crossings in the area and traffic management at the Cleeney Roundabout.

They explained that nearly 1,300 people now live in the estate and that the estate's roads are also used for access to Killarney Celtic and Killarney Legion playing pitches.

“Exiting our estate is an absolute lottery,” Martina told the meeting, while Liam added that “Ballydribbeen is developing for 20 years but there is little done to improve our infrastructure”.

KMD is currently carrying out a traffic survey on the nearby Madam’s Hill junction in an effort to find a solution to the notorious traffic blackspot there.

Separately the local authority is carrying out another traffic survey on the four roundabouts that link the Killarney Bypass from Ballydowney to Park Road. The Cleeney Roundabout is included in this survey.
Area engineer John Ahern gave a commitment to those present at the meeting and to the online deputation that future Ballydribbeen works would be included in the Madam’s Hill project once that gets off the ground.

“The area has a large population of people and connectivity has to be addressed,” he said.
He added that he hopes the findings of the traffic surveys could be brought before a Council meeting early in the New Year.

Calls to honour the McShain family who gifted Killarney House