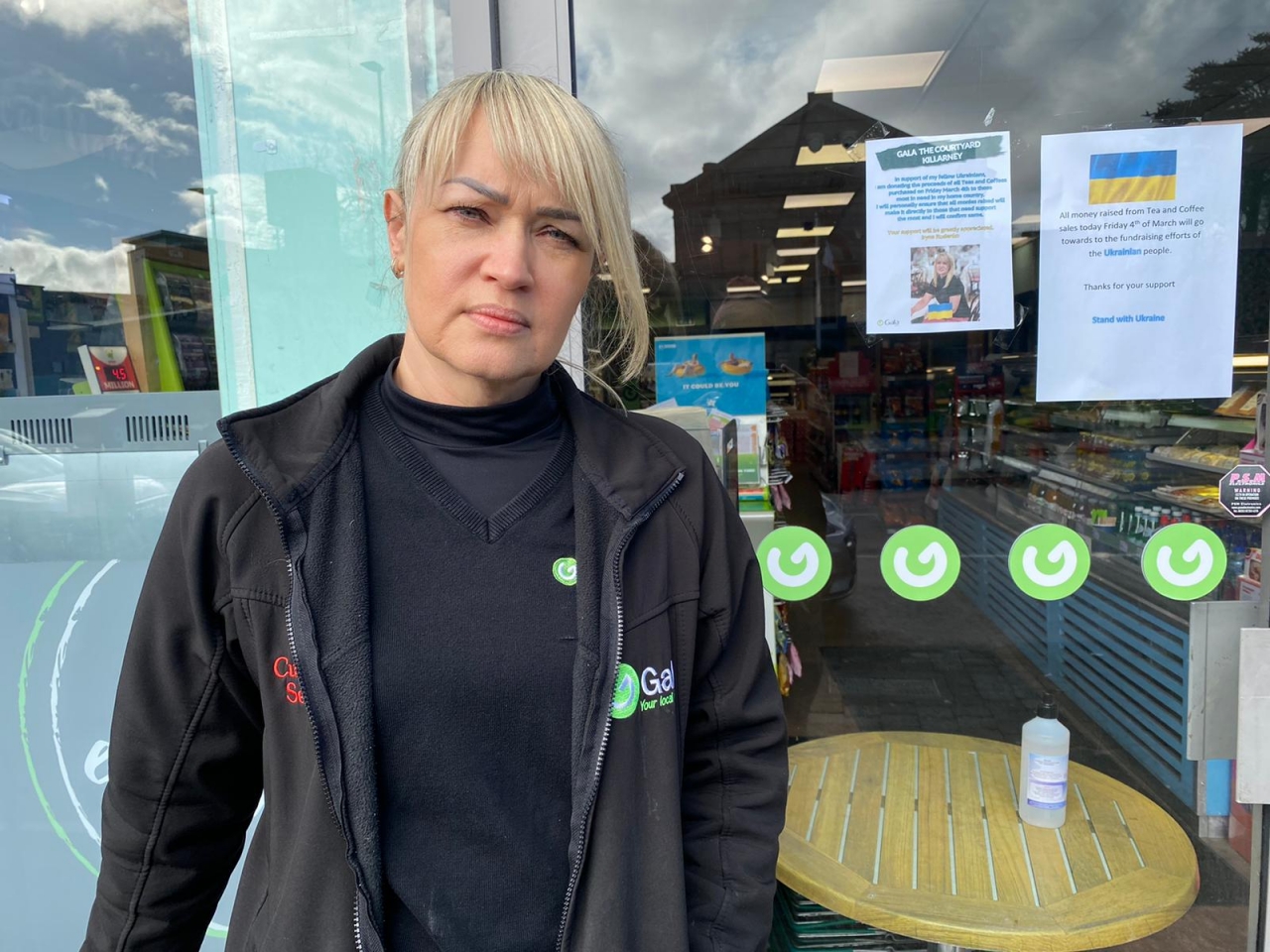 WORRIED: Iryna Rudenko is originally from the Sumy region of Ukraine but she has been living and working in Killarney since 2003. Family members have volunteered for the Ukrainian Army. Photo: Sean Moriarty

A Ukrainian woman living in Killarney is very "worried" and is praying for members of her family who have volunteered for the army in an effort to stop the Russian invasion.

Iryna Rudenko is originally from the Sumy region of Ukraine but she has been living and working in Killarney since 2003.

Sumy is about five hours drive east of Kyiv and very close to the Russian border.

Her home city has been the scene of heavy fighting and one of the first places where Ukrainian and Russian troops clashed on the first day of the invasion.

Iryna, who manages the Gala Store on Upper College St, has a cousin and a nephew who signed up for the Ukrainian army since the start of the conflict one week ago.

“No one pushed them [to join the army], they wanted it,” she told the Killarney Advertiser.

“I am very worried.”

She is still coming to terms with the fact that Russia has invaded her home country.

“No one wants this war, we never believed he would do it,” she added. “He [Putin] is mad, he should be in the hospital.”

Today (Friday) she is organising a fundraiser at the Gala shop to raise funds for humanitarian organisations.

The sale of every tea and coffee will be donated to the cause.

While her fundraiser will go on all day she is expecting large numbers of the local Ukrainian community at the shop at 1pm where they will fly their blue and yellow national flag.

“We are getting great support already,” she added, “You know when somebody comes into the shop and buys 20 shampoos that they are going to a local collection.”

A similar event is taking place at the Going Green Cafe on Beech Road between 10am until 4pm and money raised will be donated to the Red Cross.

Relief as Anastasiya arrives safely from Kyiv to Kerry