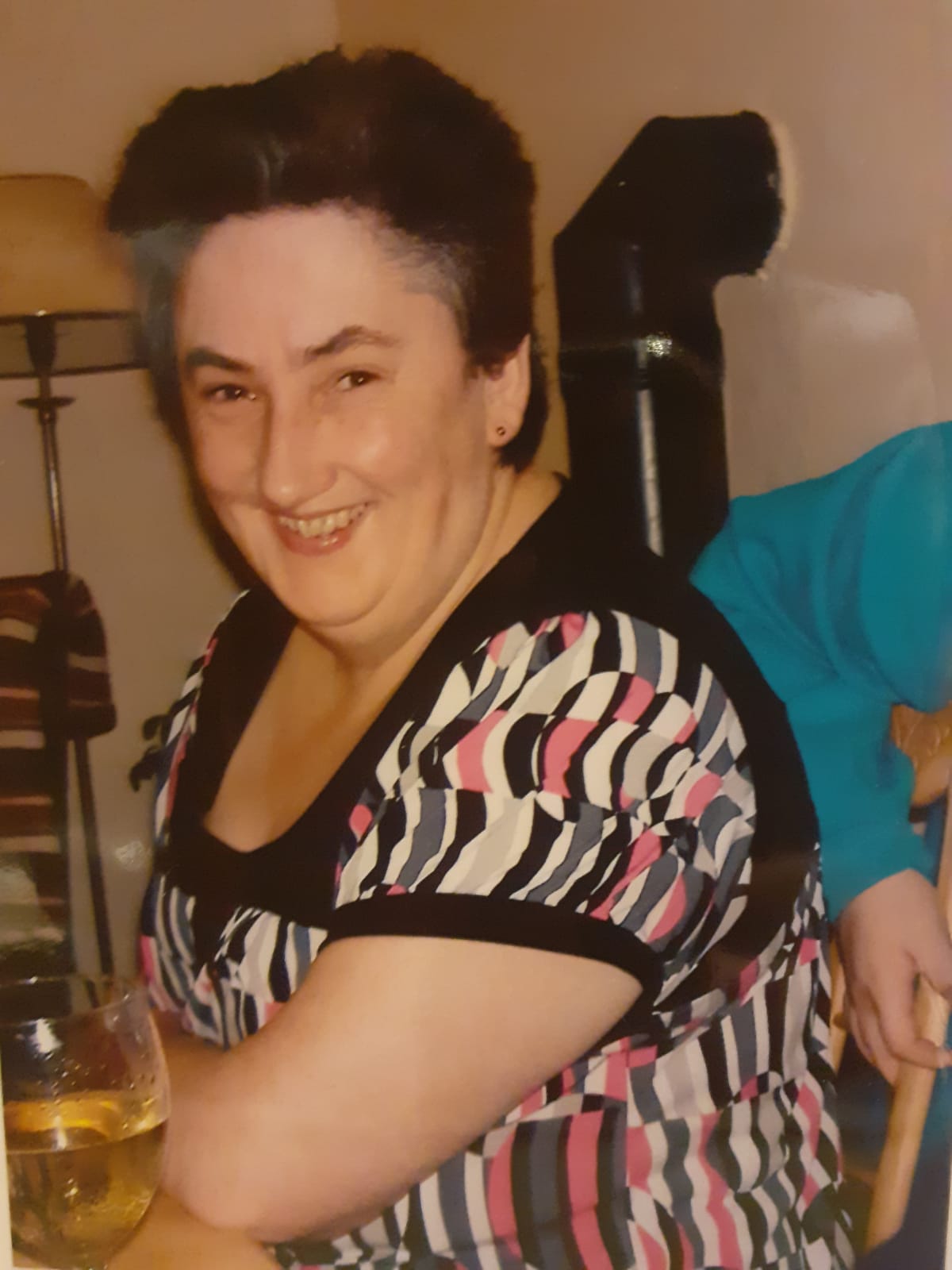 A Rathmore family - whose family member is critically ill and on a ventilator in University Hospital Kerry (UHK) battling COVID - are this week making a heartfelt plea to the public to stay home to save lives - saying the highly infectious virus can happen to anyone.

With over one thousand positive cases in Kerry over the past seven days alone, and 208 deaths reported from COVID-19 so far this month in Ireland, the virus is raging in the community putting healthcare staff under tremendous strain.

And the family of Sheila Crowley (60), who is currently in ICU, are completely baffled as to how and where she contracted it, and are praying that she'll make it over the coming days.

Now her family want to speak out and warn others of how serious COVID is and how fast it can take hold.

"It just escalated very fast," her niece Ashley Crowley told the Killarney Advertiser. "She remains in a critical condition in ICU in Tralee. She's a young woman. It took into her body very fast."

Sheila, who is originally from Headford, had a mild cough last week but no other obvious symptoms, Ashley explained.

"It wasn't the dry cough. It came on her but it wasn't persistent."

On Monday last week she had a pain in her back and her GP thought it could be a kidney infection but suggested a COVID test to be cautious. The test came back positive and while she had no symptoms and felt fine - it all changed very suddenly.

"Over the course of a few hours she suddenly became ill and distressed, the colour went from her."

That was on Saturday last and Sheila's sister immediately rang SouthDoc and an ambulance was arranged to take her straight to A&E at UHK.

"In A&E the oxygen wasn't reacting with her. They then put on a mask with oxygen but that didn't work and she was transferred to ICU and put on a ventilator. She's still critical, her lungs are totally full with the virus."

The next few days are critical and both Ashley and her family are appealing to the public to heed the health advice to stay at home, restrict interactions with others to avoid going through this heartache.

Ashley explained that Sheila's sister died of cancer just a month ago, and that all the family had been restricting their interactions and movements over the past year to keep her safe. She also said that the hospital thinks Sheila may have contracted the new strain of the virus.

"It's hard to take in. We just don't know where she got it from. We have all been restricting our movements for the past year because my other aunt had cancer. We've been tested since too and are negative. It's frightening how fast people can pick it up. We just don't know."

A special Mass of Intercession for Sheila was said by Fr George Hayes of Glenflesk Parish on Tuesday evening which was broadcast over the Internet, while online there were hundreds of well wishes as family, friends and members of the public lit candles for her recovery.

Ashley, who said the hospital staff are "wonderful" and give regular updates on Sheila's condition, added that if she pulls through that her road to recovery will take a very long time.

"She still remains in a dangerous place. They reckon she could be on a ventilator for a long time. We're just hoping she makes it."

She added a huge thanks to all the healthcare staff involved in Sheila's care and to the public for their kindness and prayers over the last few days.

Yesterday (Thursday), Health Minister Stephen Donnelly said that the Government hopes to have 4m vaccinated by the end of September. And while people wait, Ashley is appealing to them to stay apart.
​​​​​​​
"It's totally true that by staying apart you'll be together eventually again."

Virus “out of control” in Killarney area – says mayor