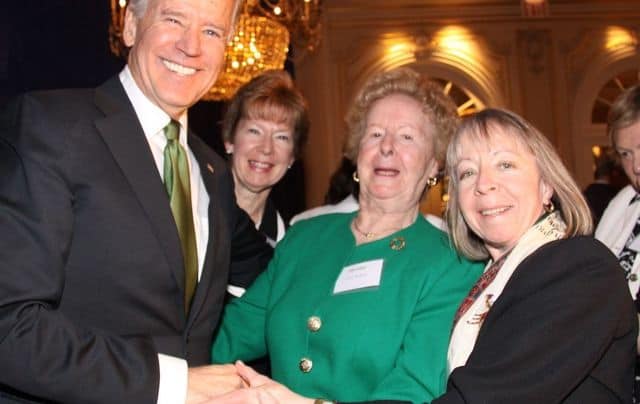 A New York-based Rathmore woman who recently celebrated her 95th birthday can boast American President Joe Biden as one of her many famous acquaintances. Nora Murphy, was born Nora Esther Ryan on March 27, 1926, in a barn in Goulane near Rathmore.

She left Ireland in 1949, aged 23, and took up residence and employment with her uncle Danny who ran a bar in The Bronx.

She lived for a few months with him and he secured a job for her at a Blue Cross Blue Shield (similar to the VHI in Ireland) office in Manhattan.

Shortly after she met Danny Murphy, a NYPD police officer with Cork connections, and they had three children, Peggy, Paddy and Patricia.

Her niece Debbie McGoldrick is the senior editor of the New York based ‘The Irish Voice’ which was founded by her husband Niall O’Dowd in 1987.

Niall’s father Donal was from Dingle but Debbie’s roots are in Rathmore through Nora and her late mother Peg.

They still have cousins and friends there, including Donal and Margaret O’Keeffe and Paddy Crowley who lives next door to the old home place.

“Nora is everybody’s favourite. We all adore her and are so grateful that at 95 years of age she still has the same spirit and love of life that she’s always had,” Debbie told the Killarney Advertiser. “She is forever ready for an adventure, particularly if it relates to Ireland. She cannot wait to get back to Kerry and play games of 31 with the O’Keeffes and Paddy and all of her many friends in nearby Knocknagree.”

In 2013, Nora met Biden at the annual Hall of Fame celebration hosted by the ‘Irish America’ magazine – a sister title to ‘The Irish Echo’.

He was the main honouree, serving as vice president at the time, and was only too happy to meet with guests after his speech.

Some years later family members, including one of her granddaughters was invited to a Christmas party hosted by Biden. She showed the old photograph to Biden who asked why she was not at the party and insisted on getting Nora on the phone.

“Nora has never forgotten where she came from. As soon as we can travel back “home” as she says, we will be there,” added Debbie. 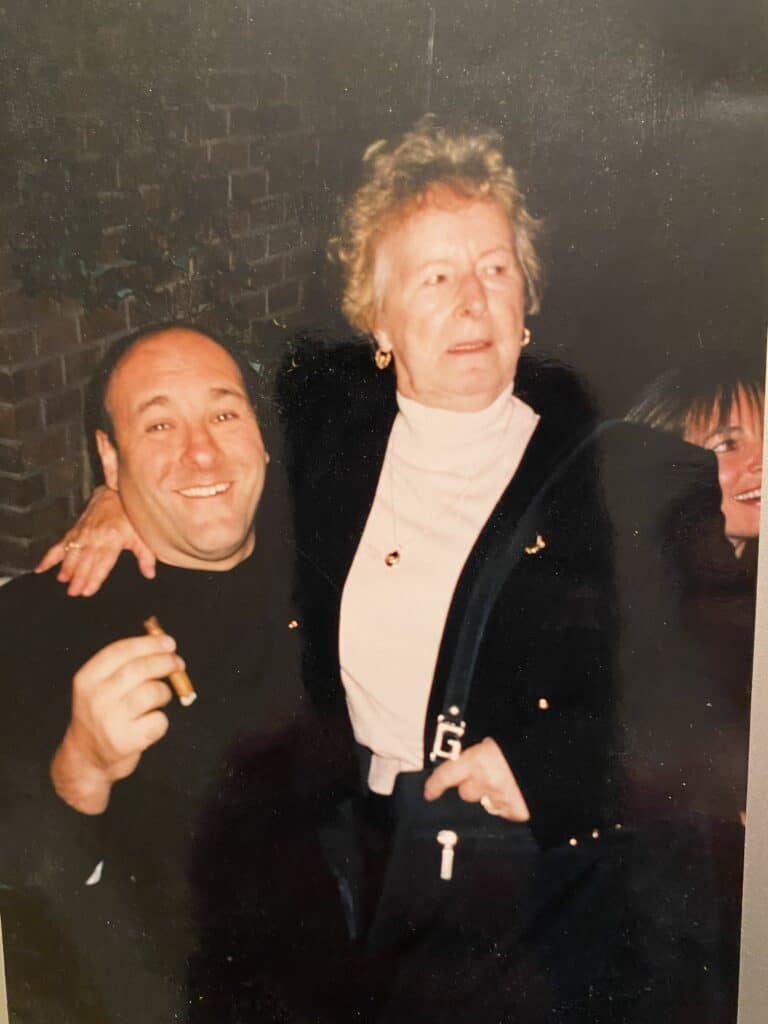 “We met him at a party several years ago. He heard Nora’s Irish accent and was charmed. He was an absolute gentleman”.

“Patience” the secret to 50 years marriage