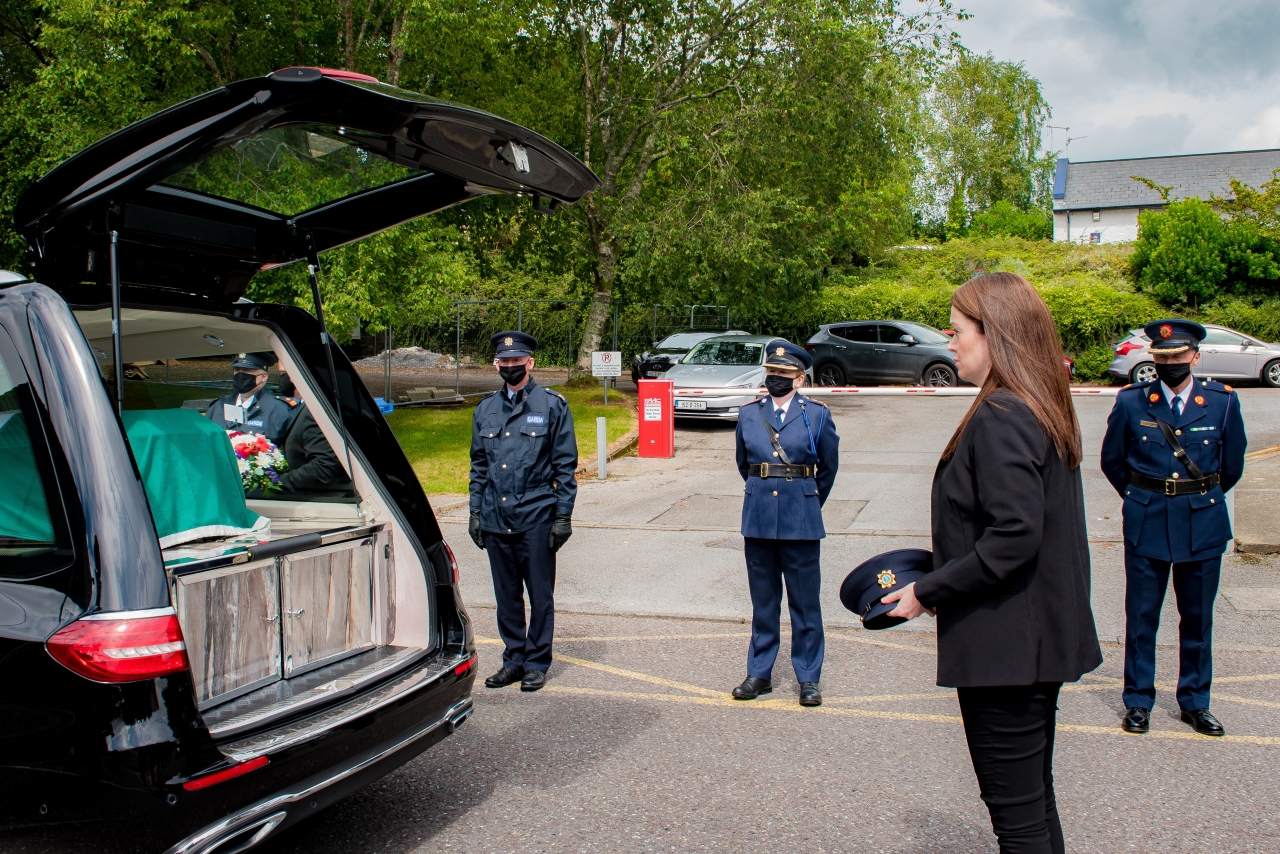 Eight Gardai gently shouldered their beloved friend and colleague on his final journey into St John The Baptist Church, Ballinagree on Wednesday afternoon.

Escorted by his garda family, his wife Diane and family, the tricolour and his garda hat and gloves were respectfully placed over the coffin of father of two, Paudie Twohig (44), before he was shouldered into the church.

At the doorway, his friend Fr Kieran O'Brien, who is Parish Administrator at St Mary's Church in Killarney, blessed his coffin before beginning funeral Mass at 2pm.

In an emotional tribute, Fr Kieran who concelebrated the Mass with Canon Donal Roberts, Fr Joe O'Mahony and Fr Francis, who he described as a great friend of the Twohig family, said Paudie had made many great friends with people in Killarney where he lived and worked as a Garda for the past 17 years.

It was there that he met his wife Diane, also a Garda, during her first day on the beat. From there the couple married in St Mary's Cathedral three and a half years ago. Their first daughter Tara Grace (2) followed with the arrival of baby Olivia Hope born just five days before he passed away from stage four melanoma which he was diagnosed with just four months ago.

"What you saw yesterday in Killarney was only a beginning but it was a perfect statement. All of us are in solidarity with Diane, with the Twohig and the Collins families," Fr Kieran said.

Just last Sunday morning, hours before he passed away, Paudie and Diane once again renewed their vows.

"His gift to this world and to Diane is Tara Grace and Olivia Hope," Fr Kieran said.

His wife of just three and a half years described how her heart is broken "for you, for us and for our girls".

"I have heard so many beautiful and heartfelt words and stories about you over the last few days," Diane said in a loving tribute.

"You have been repeatedly described as a gentleman, kind soul and a good person. You were truly amazing Paud."

Speaking of their two beautiful girls she made a promise to him that he will never be forgotten.

"I promise you I will raise our two precious girls to the very best of my ability. They will know what a warm, kind, loving person you are. I will tell them each and every day how proud you are to be their daddy."

She paid tribute to Paudie's colleagues in Unit C at Killarney Garda Station.

"Your colleagues visited you on Tuesday, followed by Sergeant-in-Charge Dermot O'Connell on Wednesday, culminated by a visit from Superintendent Murphy and Chief Superintendent Foster on Thursday. You really shot up the ranks that week Paud. We joked that if you hadn't had to go for bloods on Friday the next person through the door may have been Drew himself."

His brother Tadhg finished by saying Paud was a rogue growing up and "always had a glint in his eye", and he thanked the community for their support.

"Paudie has left a great legacy in Killarney and more so in Tara Grace and Olivia Hope and he will live on in them."

Killarney falls silent to remember a true friend of the town