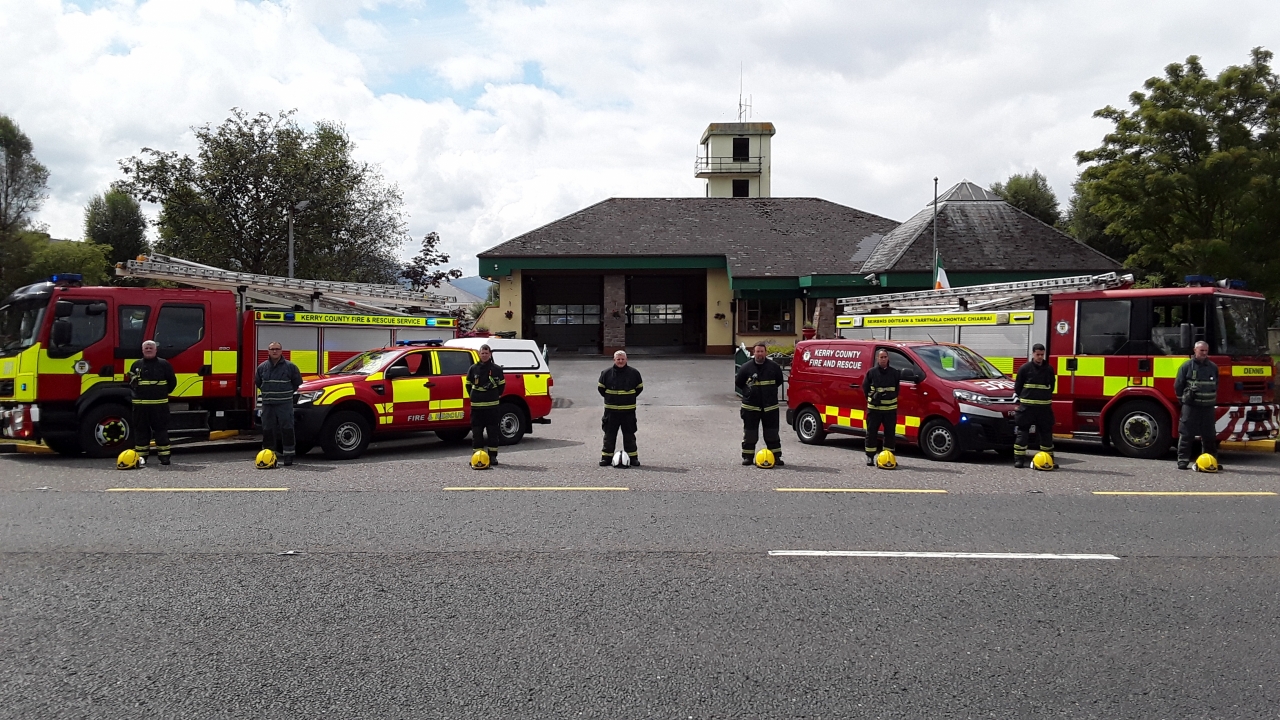 RESPCT: Killarney Fire and Rescue's guard of honour for Paudie Twohig on the Bypass Road.

An eerie silence swept across the streets of Killarney on Tuesday afternoon as Paudie Twohig made his final journey through his adopted town.

The popular Community Garda lost his battle with cancer on Sunday morning and the Ballinagree native passed away peacefully at Cork University Hospital.

Paudie was many things, a husband, a father, a brother, a friend, a colleague, a respected Garda, a footballer and a community activist but there was one common phrase on the lips of the people of Killarney on Tuesday morning.

“Paudie was a gentleman,” said one and all.

The news of his passing devastated the town and he will be sorely missed by all who crossed his path over the 17 years he spent in Killarney.

His cortege passed Killarney Garda Station, where colleagues paid an emotional tribute to their fallen brother. A tricolour was draped over his coffin and his wife Diane put his garda hat on top.

As the cortege made its way up New St and High St, the people of Killarney came out in force to see off a man that was a friend to many.

They respectfully applauded the procession as Paudie made his way through the town one final time.

As a fitting mark of respect, local emergency services paid their own tribute to one of their own.

Staff and crew from Killarney Fire and Rescue lined the entrance to Killarney Fire Station, flanked by fire trucks and tender vehicles as the cortege made its journey its to St John the Baptist Church, Ballinagree, for Paudie's funeral Mass on Wednesday afternoon.

Tour de Munster to pass through town this Saturday

“My heart is broken for you, for us and for our girls”