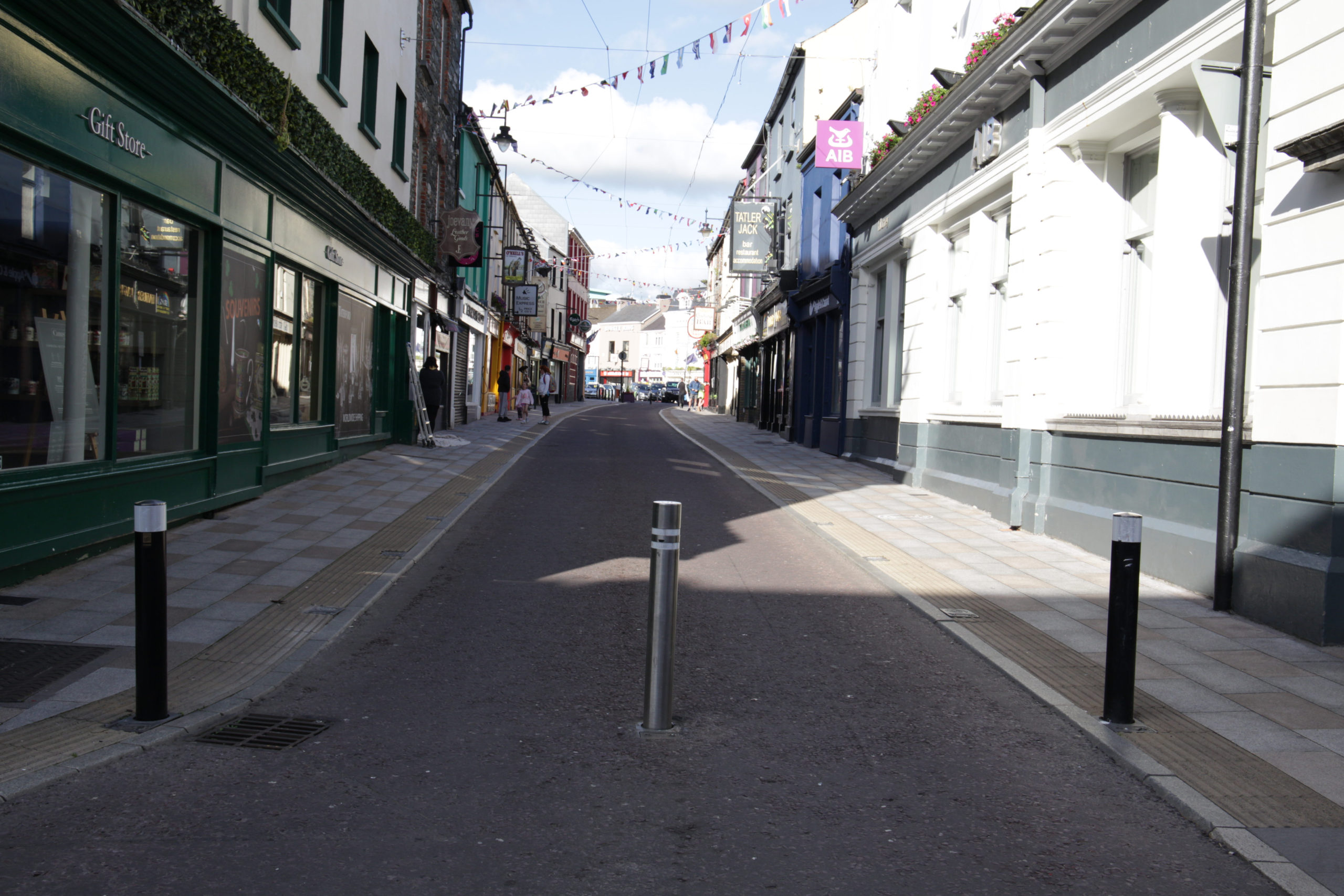 A Killarney councillor has issued legal proceedings against Kerry County Council and Killarney Municipal District in opposition to current street layouts in the town centre.

Cllr Donal Grady believes the Council’s Safe Streets programme is illegal as the correct levels of public and political engagement were not followed.

In early July the Council widened footpaths and closed Plunkett St and Kenmare Place to vehicular traffic as part of its plan to encourage social distancing in the town centre.

The initial plan was to run the Safe Streets programme until September 2 but this has now been extended until January 6 as the virus remains prevalent in society.

Ahead of the extension Council officials stated many reasons, including an unexpected increase in footfall in the town centre during the summer, an anticipated busy Christmas period as well as COVID-19 safety protocols.

Grady believes the current street scape will remain permanent, even after the January expiry date and, has in the past, accused the Council of acting in a covert way to bring permanent pedestrianisation to the town centre without the correct public consultations.

This prompted him to instruct his solicitor to take legal proceedings on the matter.

Killarney Municipal District Manager Angela McAllen prepared a detailed report on the matter and presented it at Thursday's Council meeting.

She told the meeting that a separate meeting to discuss the current and future plans would take place in September and that elected members could attend.

“This is about keeping Killarney safe,” she said. “However, as there is now a legal schedule I am not in a position to comment further.”

Current public health guidelines continue to state that people should stay two metres apart but Cllr Marie Moloney asked for confirmation on the future of footpath widening plans should that recommendation be reduced to one metre.

“What are ye [the Council] going to do, dig up all the footpaths and kerbing and waste a lot of money?” asked the Kilcummin-based councillor.

In a separate move, Cllr Grady put forward a motion to reopen Plunkett St to traffic during the day. Under the current Safe Streets plan the town centre street is closed 24 hours a day and will remain so until January at least.

Prior to Safe Streets being implemented, the street was only closed to vehicular traffic between 7pm and 7am, and Grady wanted to revert to this format.

A proposal by Cllr Niall ‘Botty’ O’Callaghan to amend Grady’s motion to revert Plunkett St to overnight closures once the pandemic was over was overruled by the Council executive as motions cannot be changed mid-meeting.

It seemed there was a lot of support for Cllr O’Callaghan’s idea butCllr Grady failed to find a seconder for his original plan and the motion fell.

It will take at least six months before another motion on the future of Plunkett St can be put forward but one thing for sure is that battle is far from over.

Muckross Estate to be the focus of new feature film

Publican says 15,000 jobs at risk in hospitality sector unless the Government steps in