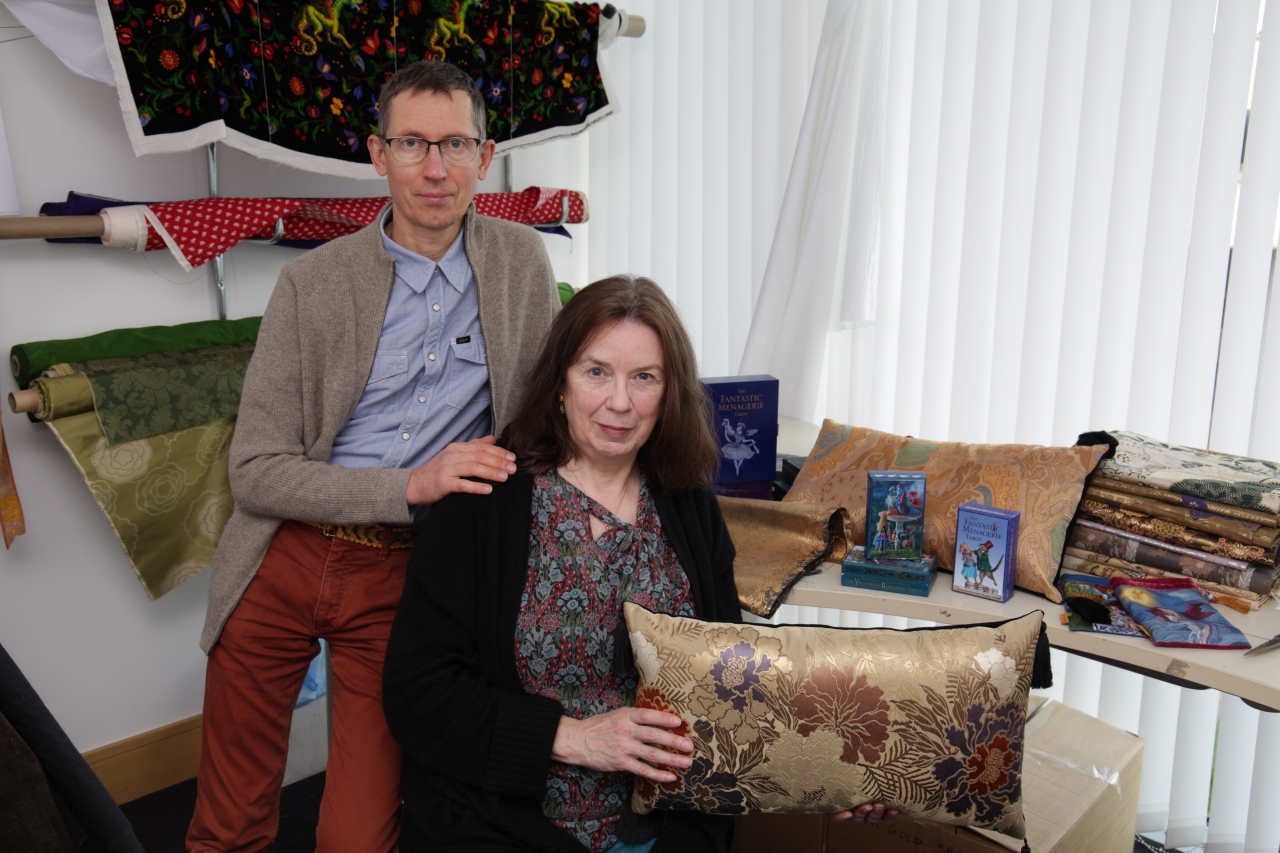 UNIQUE: Karen Mahony pictured with her husband Alex Ukolov holding a unique cushion similar to the one which will be seen by millions worldwide in an American TV series an Apple TV. Photo: Michelle Crean

Millions of eyes across the globe are set to see a unique Killarney product in a drama series which features top Hollywood actresses Jennifer Aniston and Reese Witherspoon.

Former 'Friends' star Aniston or even Witherspoon could plant their bum on a bespoke cushion which was handmade by Killarney business 'BabaBarock' located at The Reeks Gateway.

So far the Season 2 official trailer for 'The Morning Show' on Apple TV+ has over five million views - but many more millions are watching the series - with all eyes set to see the product made by Karen Mahony in one of the later episodes.

Karen, who admits to watching the series like a hawk to see her cushion, works alongside her husband Alex Ukolov and a small team in the Baba Studio where they make bespoke products which are sold worldwide.

And it's not only cushions they make but embroidered charms, pillows, jewellery, bags, purses and even Tarot cards. Each item is carefully planned out, materials purchased and designs made for the final unique products.

Karen said that a set designer from California made contact some time ago and purchased the item.

"It was just out of the blue," Karen told the Killarney Advertiser.

"He must have seen it on our online shop. We were very surprised. We're hoping Jennifer Aniston sits on it or Reese Witherspoon, it's funny. It's a big show, a drama series about newscasters. He bought it and asked us to rush it out. I'm just waiting to see it."

Karen, who attended the Royal College of Art in London, together with her husband Alex who trained at a well-known art college in the Ukraine, explained that combining their artistic flare makes their products "very special" and "high end".

"My husband is Russian and it's got a crossover of the west meets east."

She added that although they don't sell a lot in Ireland they do have a huge market in America, Canada and Asia.

"We sell literally all over the world, mainly America and Canada but a lot in Asia and South Korea which is interesting. We're even getting orders from Vietnam and China. Everything is very decorative. We're working out of a workshop in the Czech Republic too."

She added that they also won an export award for the Local Enterprise Office recently.

"It's nice for the local people to know we're around. They said that we're one of the biggest exports for the type of work we do."