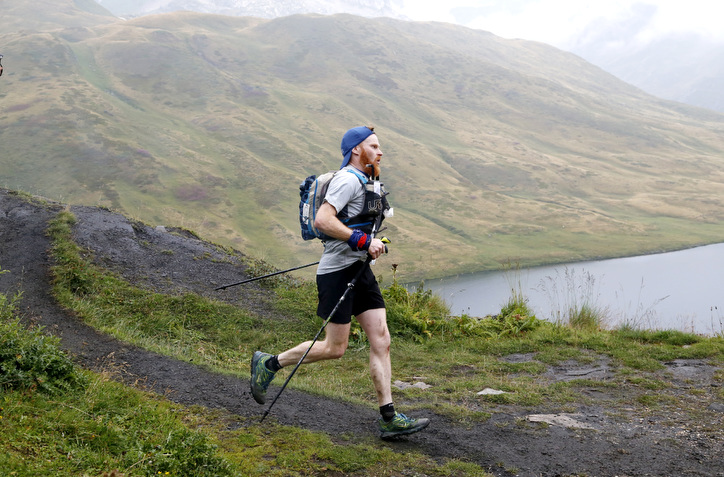 MOUNTAIN RUNNER: Joe O’Leary is growing increasingly annoyed at the amount of litter left by locals in the National Park. Photo: Valerie O’Sullivan

Well-known local mountain runner Joe O’Leary has expressed his concern at the growing amount of litter in Killarney National Park. The elite mountain runner is best-known for his long distance international events, including finishing in the 2019 Ultra-Trail du Mont-Blanc, a 160km race that crosses the French, Italian and Swiss Alps after 28 hours of non-stop running.

Current travel restrictions have put a stop to his international events and once the 5km restriction was lifted on Monday he returned to areas of the National Park that he had not seen in months but said he was left “disgusted” at the “crazy amount’ of litter that has been discarded by irresponsible walkers.

He is blaming locals as tourists are unlikely to be in the Park during current restrictions.

“You don’t see this anywhere else, you don’t see it in England or France,” he told the Killarney Advertiser.

The Ardaneanig man says he picks up litter when he can and even on Monday, when the 5km restriction was lifted, he ran 3kms out of his way to return to a pile of discarded coffee cups.

“It messed up my run, it really annoyed me,” he added. “I picked it up, but it is the wrong message. The people that do this, when they return a few days later they see it’s gone and that only encourages them to drop it again.”

Joe has highlighted another issue on the popular Moll’s Gap cycling route.

“There is a section along the Moll’s Gap road, if you time how long it takes to drink a cup of coffee, right at that point you will find several empty coffee cups thrown there. I can’t understand why disposable cups are even being sold near the National Park, and it is adults and not children doing this – children don’t drink coffee.”

He says the further up the mountain he goes the less chance there is of finding litter.

“Those that are into the mountains respect them and they don’t leave any trace,” he said. “But in the National Park, it is the once a week walkers, and they are locals, we don’t have visitors now, that are doing this. It cracks me up, it really annoys me.” 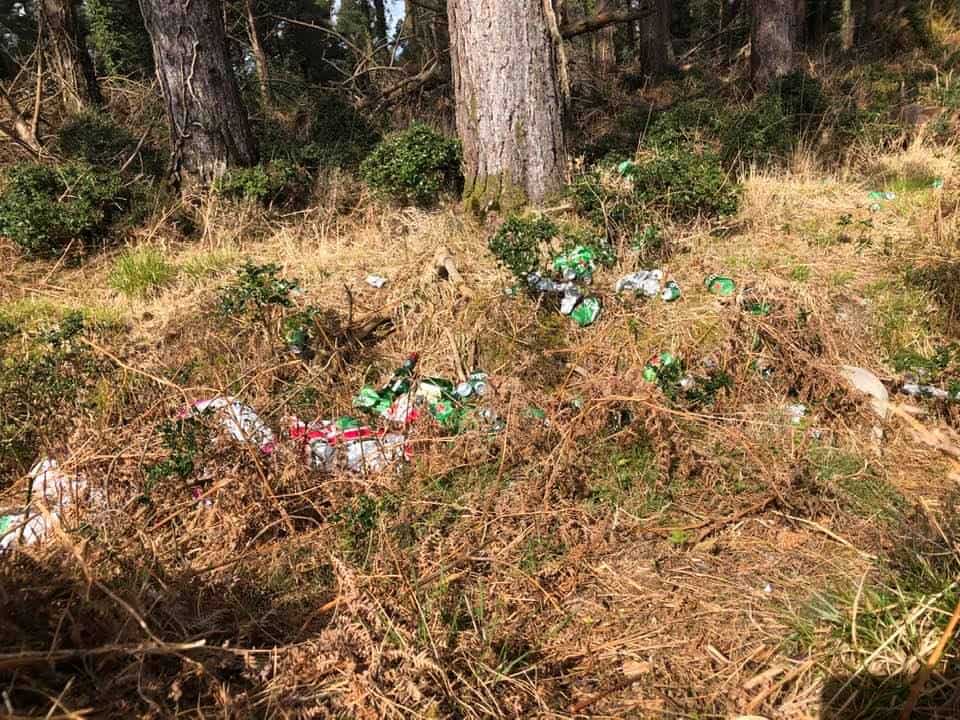 DUMPING: Illegal dumping and littering in Mangerton this week.

Meanwhile Cllr Donal Grady has also condemned the recent increase in the dumping of household waste in the Killarney area.

Earlier his week, while on a daily walk near Mangerton he discovered bags of household rubbish dumped in a secluded area near the beauty spot.

“It certainly is locals doing this,” he told the Killarney Advertiser. “It is time to start naming and shaming people. We are not strict enough and the fines need to be bigger.”