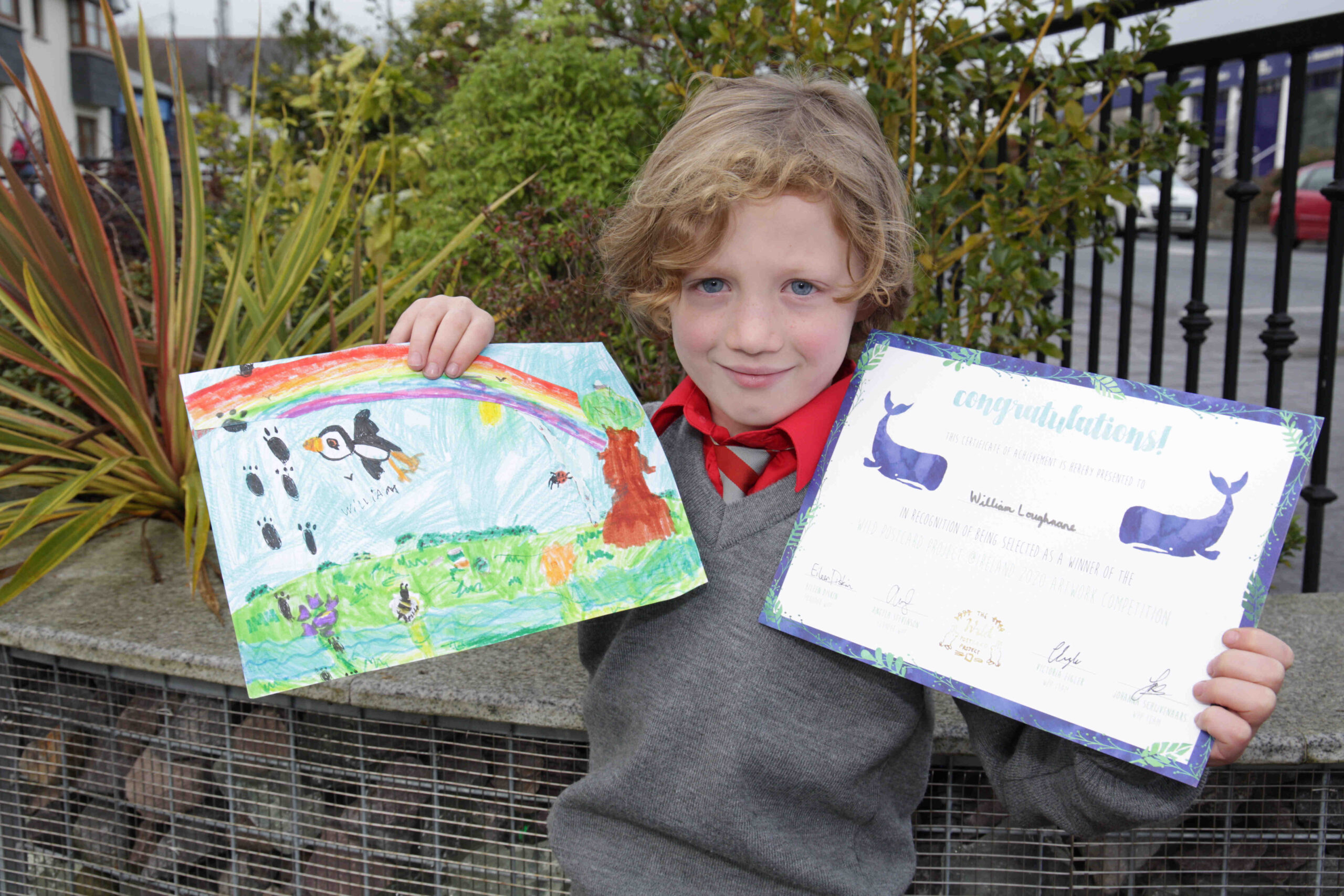 Colourful Irish flowers, animals and insects formed a beautiful winning picture for one local boy.
Seven-year-old William Loughnane, a pupil in Holy Cross Mercy, was thrilled when when his creation 'The Puffin under the Rainbow' was one of 13 winning artworks in the Wild Postcard Project’s Art Competition celebrating Irish biodiversity.

A very happy William took part in a virtual ceremony last Saturday and his work will be turned into a postcard to raise awareness for Irish biodiversity.

The winners were celebrated in a virtual ceremony on Zoom which saw each winner “receiving” their award certificates and culminated in a confetti shower, orchestrated between the organisers and the parents, his mom Amélie Gangé explained.

Founded in 2016, the Wild Postcard Project aims to increase awareness of biodiversity through artwork competitions for kids and teens in locations across the world. The winning artworks are converted into postcards, allowing local biodiversity – as depicted by artistically inclined youth – to be shared to all corners of the globe. They are available through the Etsy website.

Needless to say, William was delighted with his success!

“I couldn’t believe I was one of the winners, I was so happy! I loved working on this picture, I wanted it to be very colourful," William told the Killarney Advertiser.