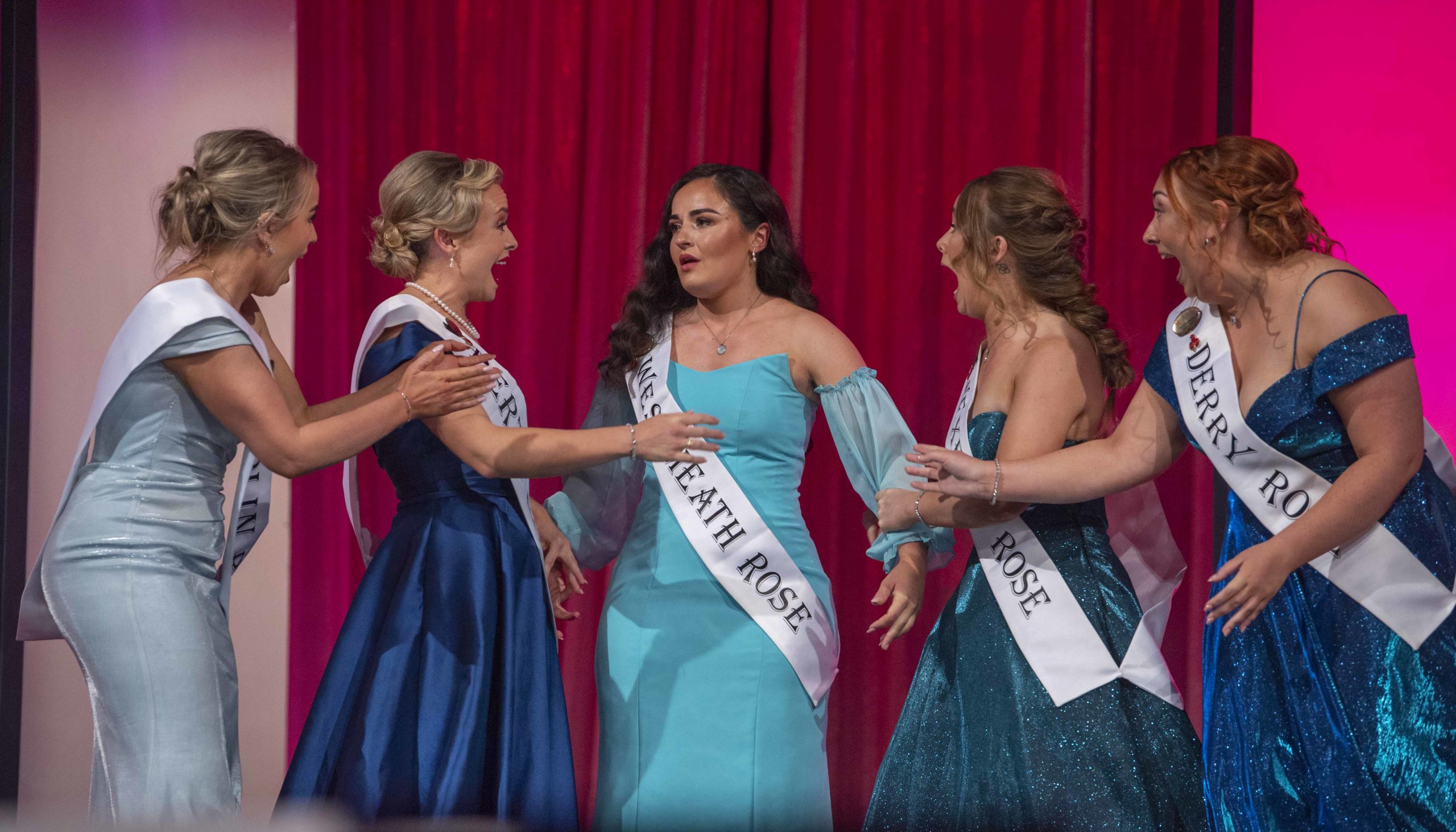 Rachel Duffy has been announced as the 2022 Rose of Tralee, becoming the first Rose representing Westmeath to take the title. 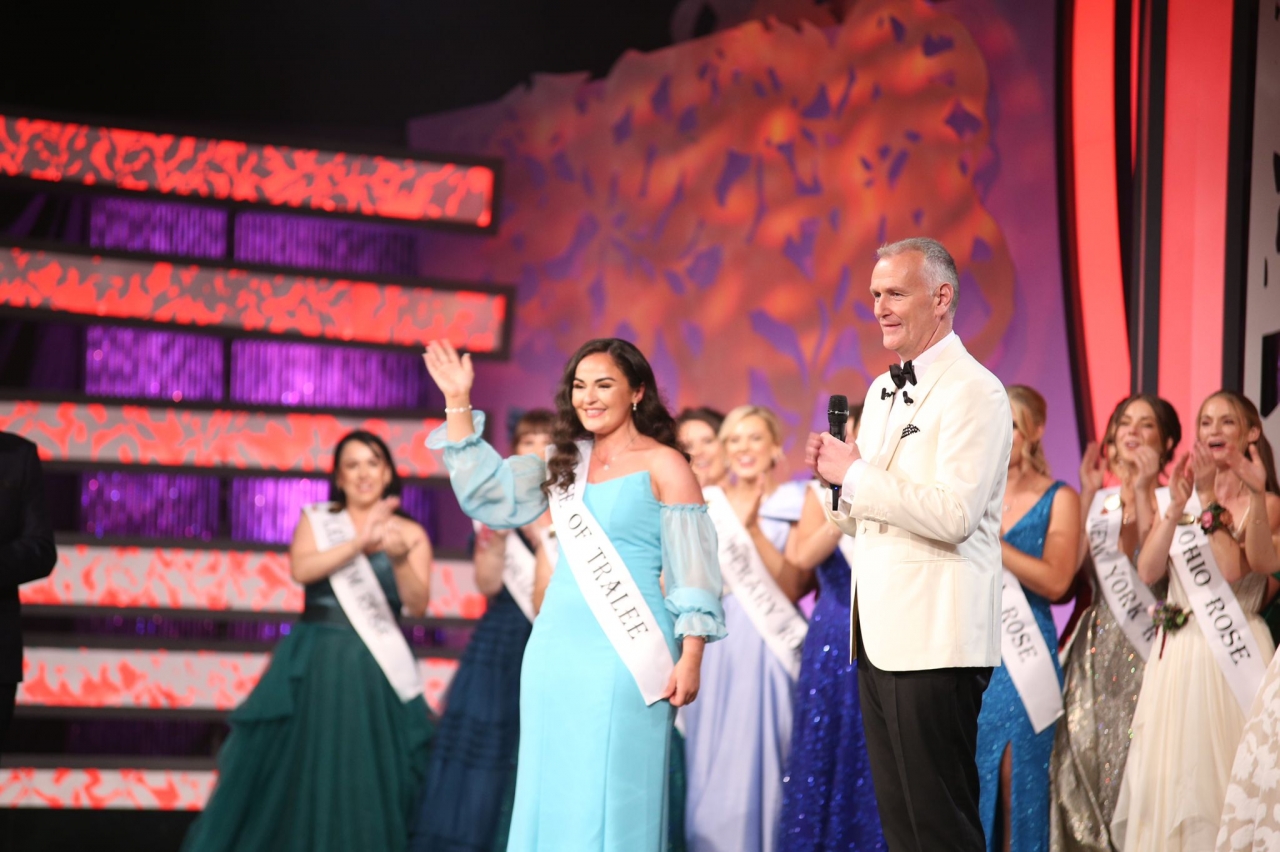 The 24-year-old was presented with her sash on Tuesday night by the 2019 Rose of Tralee Dr Sinead Flanagan after the Festival returned for the first time since August 2019.

33 International Roses from communities across Ireland and around the world took part in the 61st Rose of Tralee International Festival which was broadcast live on RTÉ One over two nights.

From the small village of Rosemount, Rachel graduated from NUIG with an Undergraduate Degree in Drama, Theatre and Performance Studies and Spanish last year. She is currently working in P Egan’s Traditional Irish Bar in Moate, and plans to return to university to complete a Master’s Degree to be a Spanish and English teacher.

RTÉ’s Dáithí Ó Sé made the announcement live from Kerry Sports Academy at MTU to local and global audiences with viewers tuning in from countries including Turkey, Indonesia and Saudi Arabia.

The celebrations were instant as Rachel was whisked away, where she was presented to the town of Tralee and serenaded by Alan Teahan in front of the thousands of people during the Midnight Madness fireworks display.

“I’m pinching myself now wondering if it just happened," a shocked Rachel said.

"Having all the Roses around me made it so much more special. I’m so grateful for this honour; it was such an honour to represent my community and my county and now to be the Rose of Tralee is just unbelievable. I never anticipated ending up here, I’m looking forward to the memories I’m going to make. If the last two weeks are anything to go on I know I’m going to make memories to last a lifetime.”

As the 2022 Rose of Tralee, Rachel will enjoy an extensive prize package that includes exquisite ranges from Tipperary Crystal’s 2022 Jewellery Collection, and exclusively designed trophy, the all new KIA Niro Plug-In Hybrid EV courtesy of McElligott’s Tralee for the next year, hair styling by Sean Taaffe Hair & Beauty during the year of her reign, complimentary accommodation at the four star Meadowlands Hotel throughout the year, a week-long adventure break from Kerry County Council, and a world travel prize valued at €25,000.

Time to get back into your fitness routine