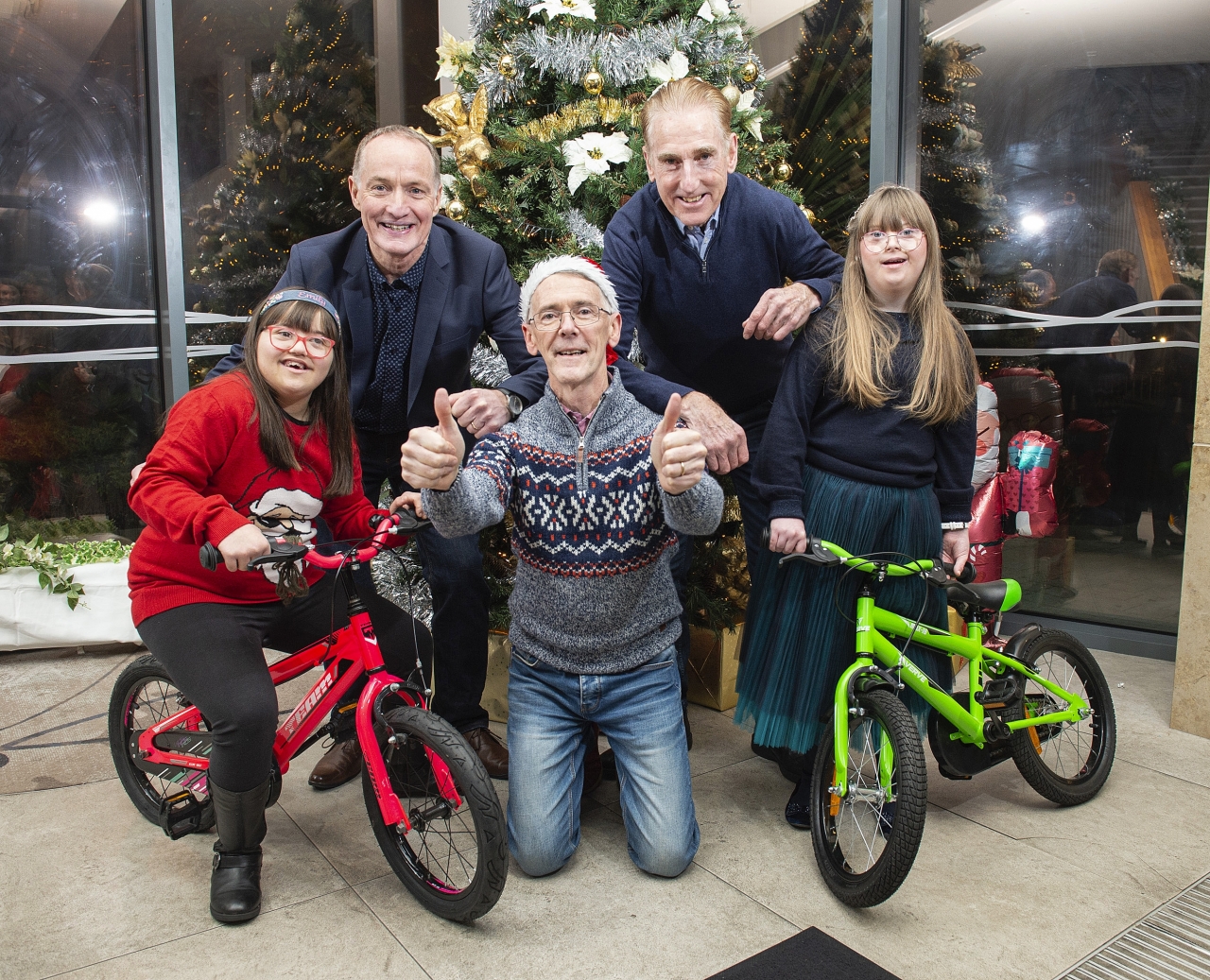 The 2022 Tour de Munster charity cycle has enjoyed another hugely successful year, raising €389,214.99 in aid of the Munster branches of Down Syndrome Ireland (DSI).

The grand total was revealed at a cheque presentation on December 16 which saw cyclists, supporters and DSI Munster branches come together to celebrate the achievements of this year’s Tour. In total, the tour raised a staggering €445,000, with some cyclists raising funds for other charities near and dear to their hearts.

Celebrating 22 years since its inception, the popular Tour de Munster charity cycle has now raised over €4.6 million. This is the 13th successive year that DSI has been the main beneficiary of the charity cycle, with the Tour raising €4 million alone for Down Syndrome Ireland’s Munster branches.

The funds raised will continue to make a tremendous difference to the lives of people with Down Syndrome in Munster, as well as their friends and families by providing vital services and facilities in each county which they so heavily rely on.

Led by cycling legend Sean Kelly and Olympic rower Gary O’Donovan, more than one hundred amateur cyclists took part in the event. They travelled more than 600 kilometres over the course of four days, visiting some of Munster's most famous towns and villages in an endeavour to raise vital funds for the Down Syndrome Ireland branches throughout Munster.

“On behalf of Down Syndrome Kerry members and their families I want to express my deepest gratitude to the cyclists, back-up crew, Paul Sheridan and everyone who in any way supported this year’s Tour de Munster and for their huge personal and financial efforts in support of our Kerry branch members and those of Clare, Tipperary, Limerick, Waterford and Cork," Enda O’Brien, Chairperson of Down Syndrome Kerry, said.

"The funds generated for Kerry this year will be directed to our Speech & Language Service which is vital for our members. Our branch does not receive any HSE or other Government funding to allay the cost of this service (€120,000 + per annum). Clearly, we are greatly indebted to those who go to such great lengths every year to participate, fundraise and support the Tour.”