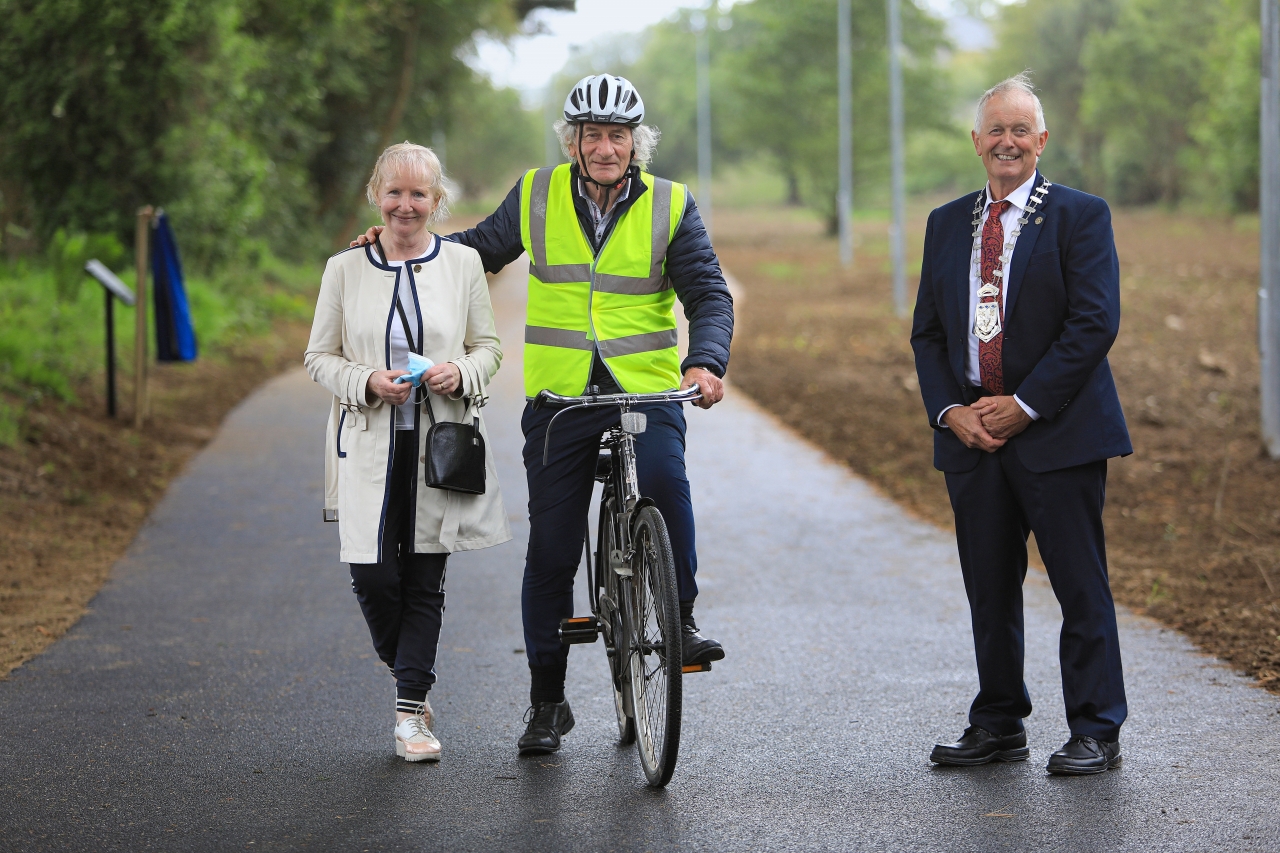 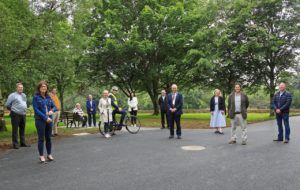 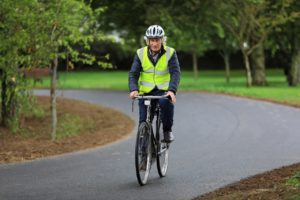 ON YOUR BIKE! Recently retired councillor Michael Gleeson on his bike on the new cycleway which was recently opened. 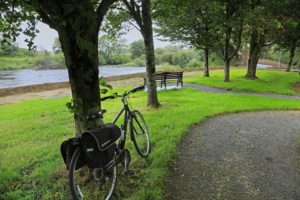 The scheme, which was constructed by Daniel Canty, under the supervision of Killarney Municipal District Engineers John Ahern and Stephen Sheehan, started in November 2020 and despite stoppages due to COVID, has finished in time for the summer season.

The 750m cycleway joins the Ross Road and Muckross Road, in an off-road, safe route, funded by the Department of Transport, Tourism & Sport and the National Transport Authority under their Active Travel Measures scheme.

The Cathaoirleach, Cllr Cronin, welcomed the development of the route, praising all those who had been involved in driving this project to completion.

“It is a project that has been on the agenda for quite some time, and significant work has been carried out by the Elected Members, Council officials and local communities in making it a reality,” he said. “I want to pay tribute to everyone involved in bringing it from the drawing board to official opening." Councillor Cronin acknowledged the input of former Councillor Michael Gleeson who was in attendance at the opening.

“Over the past 18 months, with the various restrictions due to COVID, the ability for people to be able to go out for a cycle or a walk has been critical for their well-being. The development of such a key outdoor recreation project is crucial for the town and we look forward to being able to further continue the development of such dedicated cycleways and pathways.”

Municipal District Manager, Angela McAllen also praised all those who have been involved in the project, and pointed to the importance of having such projects shovel-ready in terms of design and planning, to be able to take advantage when national funding for projects such as these become available.

“This is a key link between the Muckross and Kenmare estates, and with fantastic views along the river, it is something that young and old can enjoy in a safe, vehicle-free setting,” she said. “We are committed to improving the cycling and walking provision for residents and visitors to this county, in keeping with the objectives of the County Development Plan and the desire for greater access for all ages.”

Fr Niall Howard finished with a blessing as part of the opening and acknowledged the importance of a quiet space for walking and cycling.