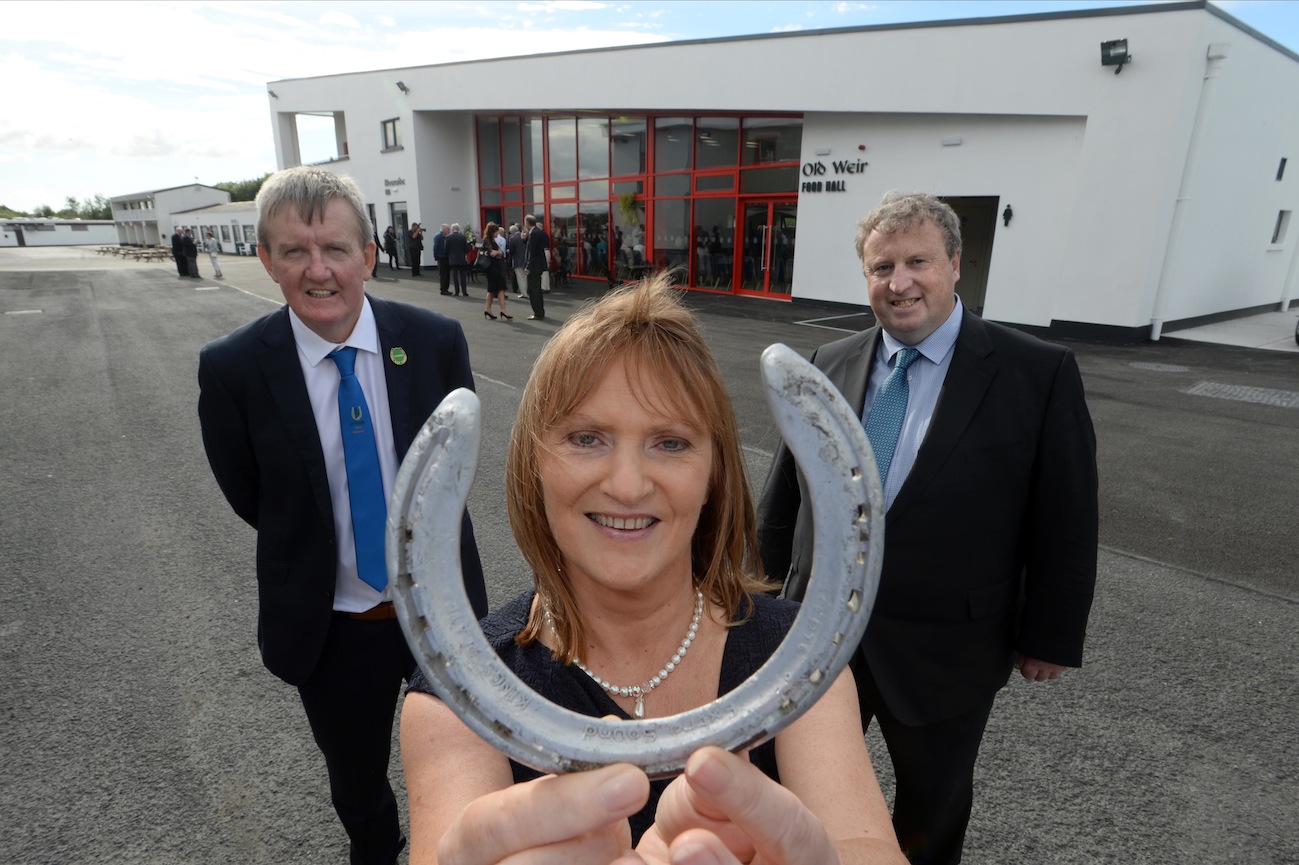 WELL-KNOWN figures from the horse-racing industry are among 300 guests hosted by Listowel Race Company this evening as it officially opened it newly constructed food hall, bar and viewing area at a reception in the new €1.3 million facility.

The chairman of Listowel Race Company, David Fitzmaurice, welcomed all present on behalf of the board of directors, with special guests including the Minister for Agriculture, Food and the Marine, Michael Creed, and Brian Kavanagh, chief executive of Horse Racing Ireland (HRI).

The trio cut the ribbon at the end of the opening ceremony to officially declare the new building open. Canon Declan O’Connor then blessed the building.

Built by Monami Construction Ltd, the new facility has been part-financed by Horse Racing Ireland through its Racecourse Capital Development Scheme, which provided funding of over €600,000.

Construction began in January and was completed ahead of schedule in mid-July. Many thousands of racegoers will have the opportunity to enjoy the new facility over the forthcoming 158th Listowel Harvest Racing Festival Meeting from September 11 to 17. For more information on Listowel Races contact 068-21144/21172 or visit www.listowelraces.ie

The new building is a modern contemporary design which both complements and enhances the overall look of the racecourse facilities. It replaces The Old Snack Bar, and incorporates a modern Food Hall, called The Old Weir Food Hall on the ground floor, and The Riverside Bar on the upper level with an adjacent viewing area that has magnificent views of the Parade Ring. There are also ladies and gents toilets on the ground level.

The Old Weir Food Hall is designed to serve people who want to grab a quick bite, but don’t want to waste time on eating when there are exciting races to watch and bet-on! The Riverside Bar will accommodate sponsors, owners and trainers on race-days.

Deerpark to tee up in memory of Danny