DEDICATED: TJ O'Connor, one of the organisers of the 54321 Challenge, taking part in the spinathon in Killorglin on Saturday last.

The charity Challenge has no option but to go back to basics this year with just five participants instead of the usual 50. This means there's a significant drop in funding for the chosen charities so organisers took to the streets of Killorglin, Cahersiveen, Listowel and Dingle on Saturday.

All but Listowel had participants take part in a charity spinathon while volunteers collected funds to help boost the cash flow - and they're planning another fundraising day on Main St in Killarney on August 15, with other venues to be confirmed.

Then it'll be time to take on the enormous task of the Ring of Kerry Cycle on day one on August 20, followed by a climb 3,407 feet up Carrauntoohil on day two, day three the five will challenge themselves further by cycling over 78kms from Killarney to the foot of Mount Brandon and then climb 3,123 ft up Mt Brandon, and day four on Sunday, August 23 they'll finish with a cycle from Dingle to Killarney.

To date the Challenge has raised almost €207,000 supporting a number of very deserving Kerry charities.

This year Skellig Stars, a group of children and adult athletes with special needs; Kerry Hospice Foundation and Enable Ireland Kerry are the chosen charities. Each charity will have a champion undertaking the challenge on their behalf.

"The spinathon was done because fundraising was quite slow this year as we've only five taking part due to the restrictions when we'd normally have 50," one of the organisers TJ O'Connor said.

"It was fantastic, it was amazing really. We had over 30 people spinning on the day. We are overwhelmed with peoples' generosity and kindness." However, he added that they haven't gotten the final figure yet from Saturday's event as it has to come in from four locations and be counted.

"Thanks to everyone who has donated so far and those who took part in the spinathon. Your kindness is greatly appreciated." 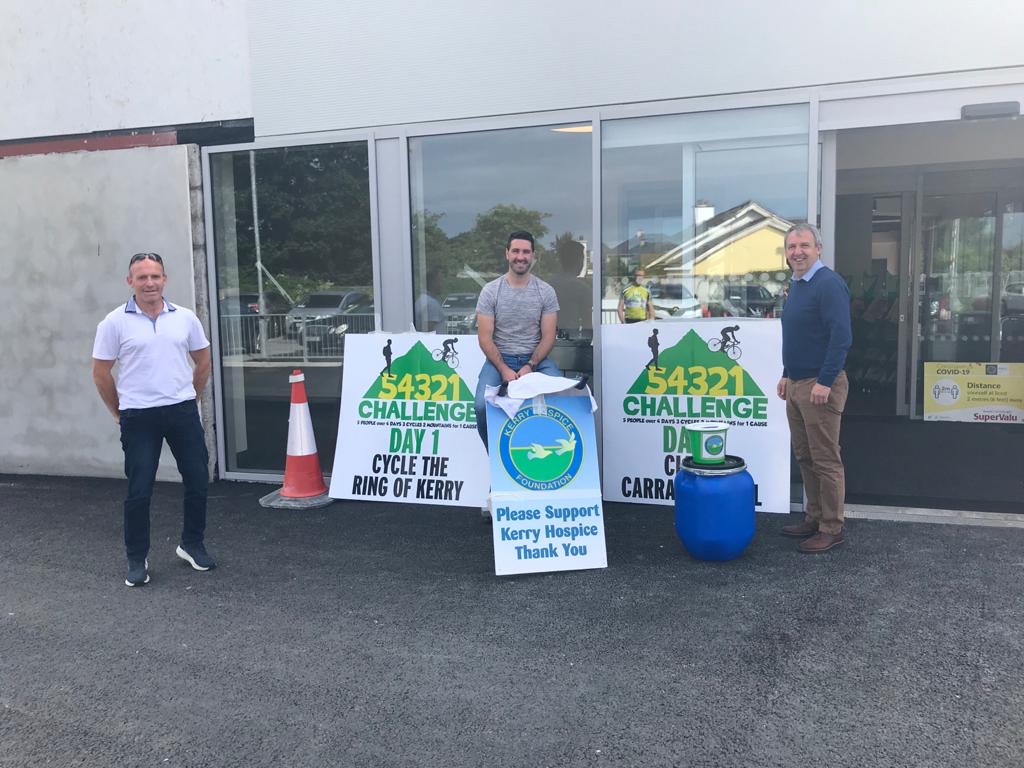 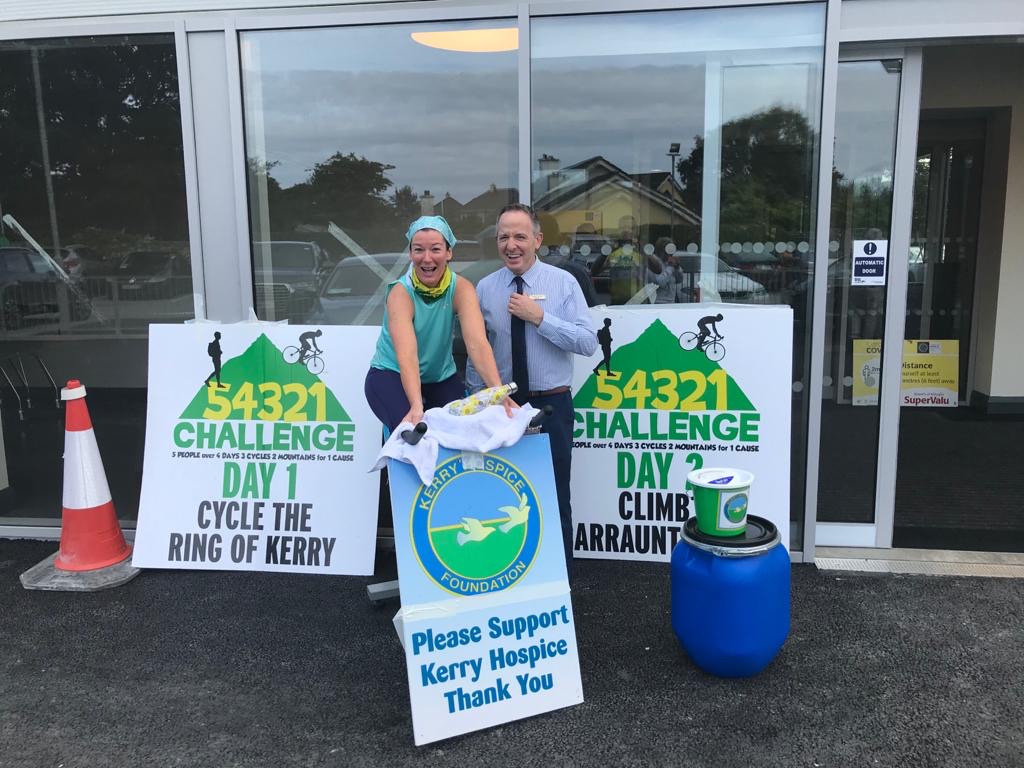 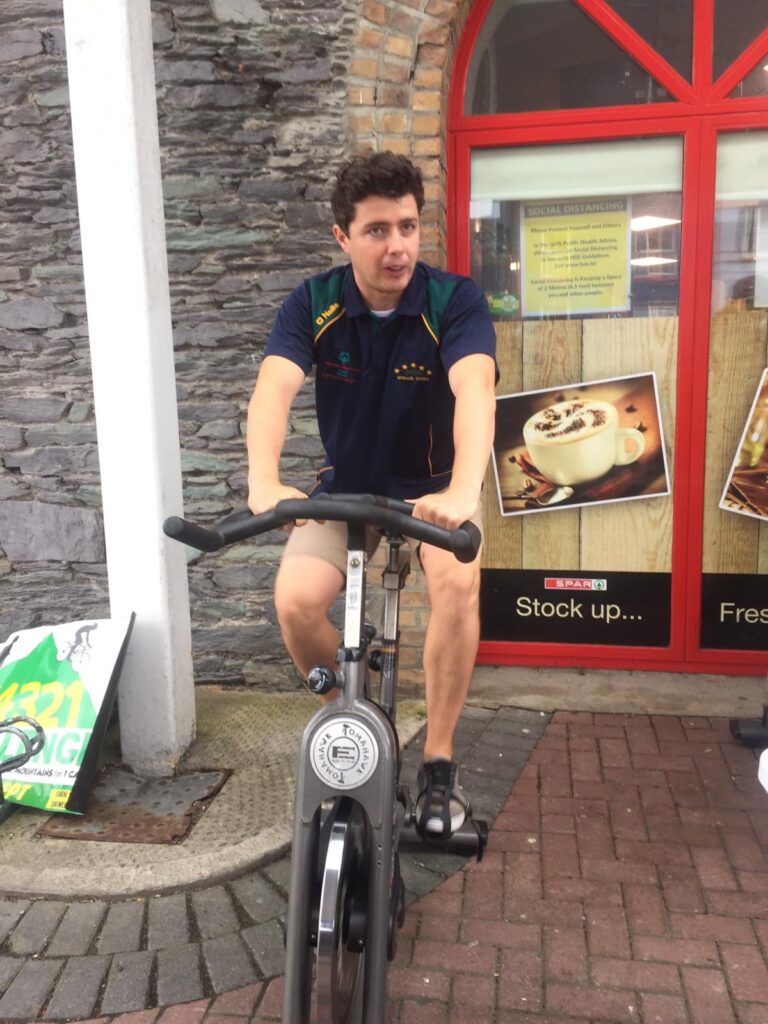 ON YOUR BIKE: Comedian Bernard Casey got on the bike to lend his support for the spinathon on Saturday last.[/caption] 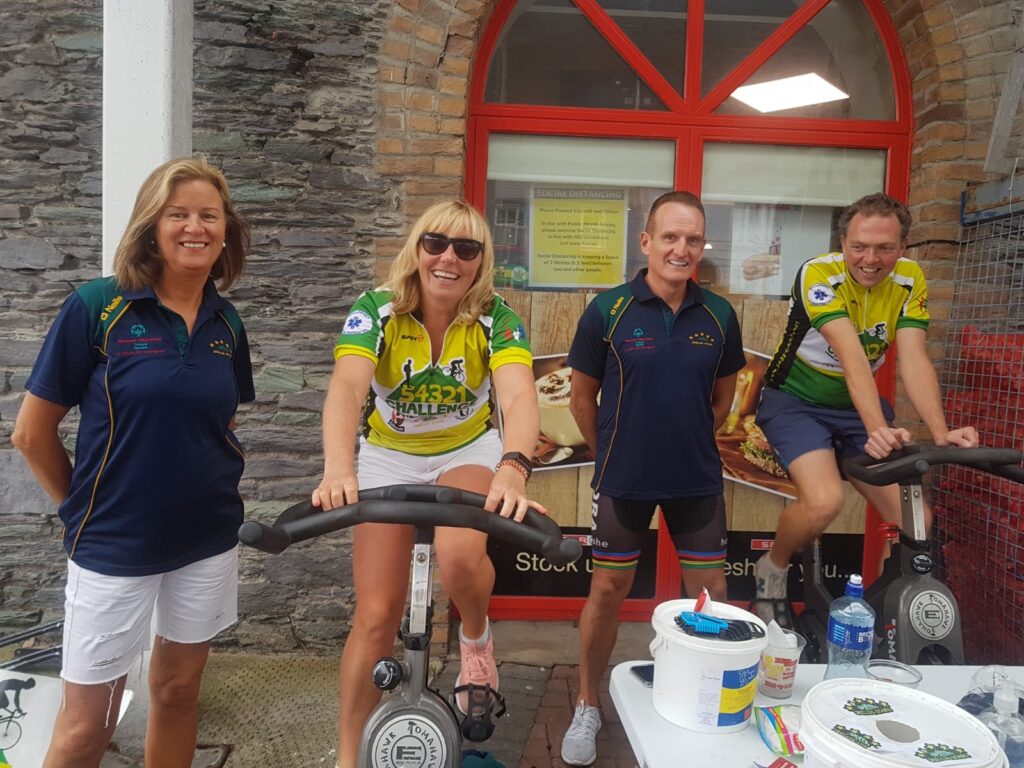 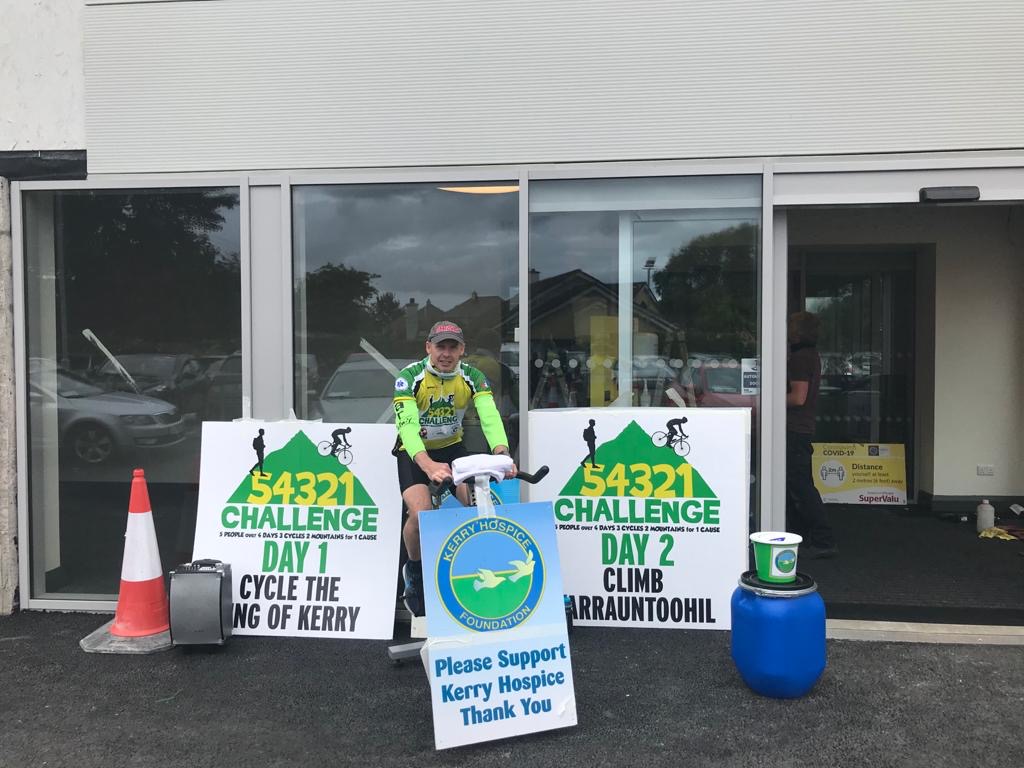