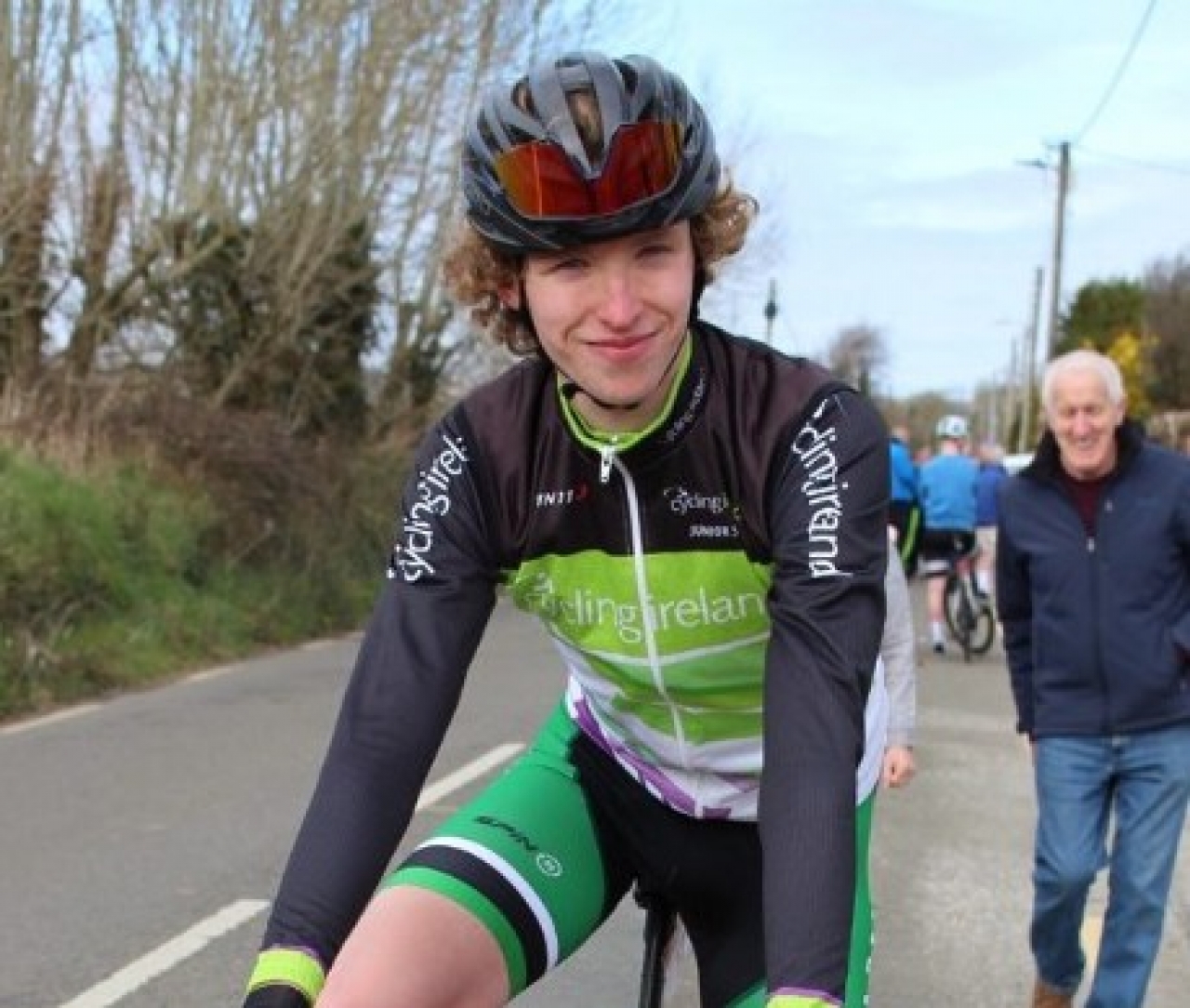 TEAM IRELAND: Sam Bolger will race for the national team when Rás Mumhan passes through Killarney over the Easter weekend.

Killarney’s rising cycling star Sam Bolger will have the honour of racing for the national team through the streets of his home town in two weeks.

The Lewis Road man has been selected by Cycling Ireland as a member of the Irish Junior Cycling team for the Easter weekend's Rás Mumhan.

The new look event – the biggest bike race in Kerry – will be contested over four stages from Good Friday until Easter Monday.

Killarney Cycling Club has been tasked with running Stage Two on Easter Saturday.

The stage will roll out from St Oliver’s School in Ballycasheen and finish in Sneem. The early part of the stage will be neutralised through Killarney town centre before the race proper gets underway at Fossa.

“On Saturday April 16 the Rás Mumhan will leave St Oliver’s School around 11.15am and will make its way down Countess Road, onto Mission Road and through Ballydowney to Fossa where the racing will begin," Killarney Cycling Club PRO, Keith Lyne, said.

From Fossa the riders will head through Glencar, over climbs at Ballaghbeama and Coomacista before ending in Sneem.

“The club has been working hard with the organisers to ensure that everything runs smoothly over this spectacular stage. We will be working hard to ensure we cause as little disruption as possible to traffic but do ask for driver's cooperation as we move through these sections of the town. The Killarney club will also be cheering its member Sam Bolger who has been selected to ride in the Irish colours with their Junior Cycling team - a great honour for the rider and the club.”

Bolger’s first race in the Irish team jersey was the Drumm Cup event that took place in Currow last weekend.

His preparations for the Easter Classic continues this weekend when he races in two different national road racing events. Today (Saturday) he will race in a Newcastle West Wheelers event in Limerick.
The following day he will be in action in Cork in the Donal Crowley Memorial Race organised by Blarney Cycling Club.

Killarney Cycling Club has entered a strong team in this year’s Rás Mumhan.

The team will be led by three-time county champion and Lacey Cup winner Conor Kissane who contested the previous running of Rás Mumhan as a member of the same team Bolger has now been selected for.

John Brosnan is the second A1-classed rider on the team and he has ridden in multiple Ras Tailteanns and Rás Mumhans. He is also a former county champion.

Lorcan Daly (A2) is having a great season and is a rider who loves climbing and could be in line for honours in this section come Easter Monday.

Galway native Shane Spellman (A2) has been living in Killarney for six years and is a former hurler and Ironman. He will be well able for the challenge of the Rás. Shane works for the Rás sponsors Kerry Group.

Ewan Buckley (A3) has moved from rowing to bike racing and carries some very good form into the four-day classic.