There was a huge outpouring of sadness this week when news of the death of Archdeacon Michael Murphy became known.

Fr Michael, of Cathedral Place, Killarney and late of Annaghmore, Headford, was known locally as ‘Fr Tidy’. He passed away in Killarney Nursing Home on Saturday, aged in his nineties.

He became an integral part of the community and was known to get his hands dirty as he mucked in with volunteers in Killarney’s clean-up efforts for the annual Tidy Towns competition.

There was a large attendance at his removal in O'Shea's Funeral Home on Monday evening and again at his Funeral Mass in St Mary's Cathedral on Tuesday morning.

“He retired to Killarney in 2005,” Mayor Michael Gleeson, a member of Killarney Looking Good (KLG) told the Killarney Advertiser.

“Shortly thereafter he became a member of KLG and brought with him years of experience of Tidy Towns involvement as he had been central to the success of Sneem and Kenmare. His motto which he proclaimed to one and all was ‘Just Do It’. That’s how he lived and worked with KLG and the Meitheal. He was seen regularly with his bare hands picking up rubbish here there and everywhere.”

He was laid to rest in the church grounds, Holy Cross Church, Kenmare.

Books of Condolence were opened at Kerry County Council offices in Killarney and Kenmare this week. 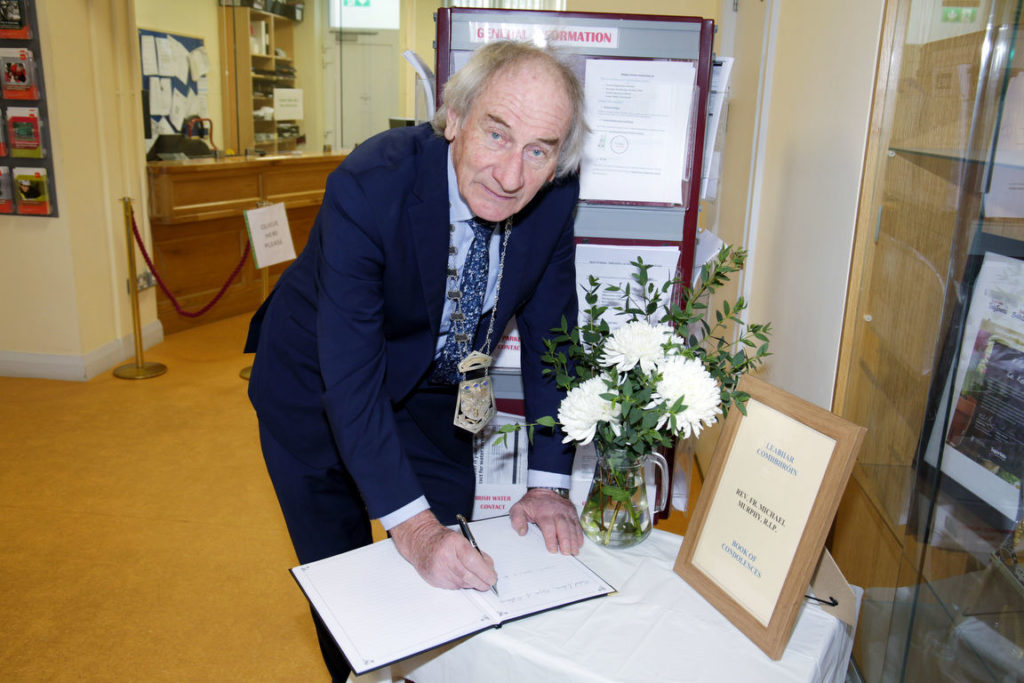