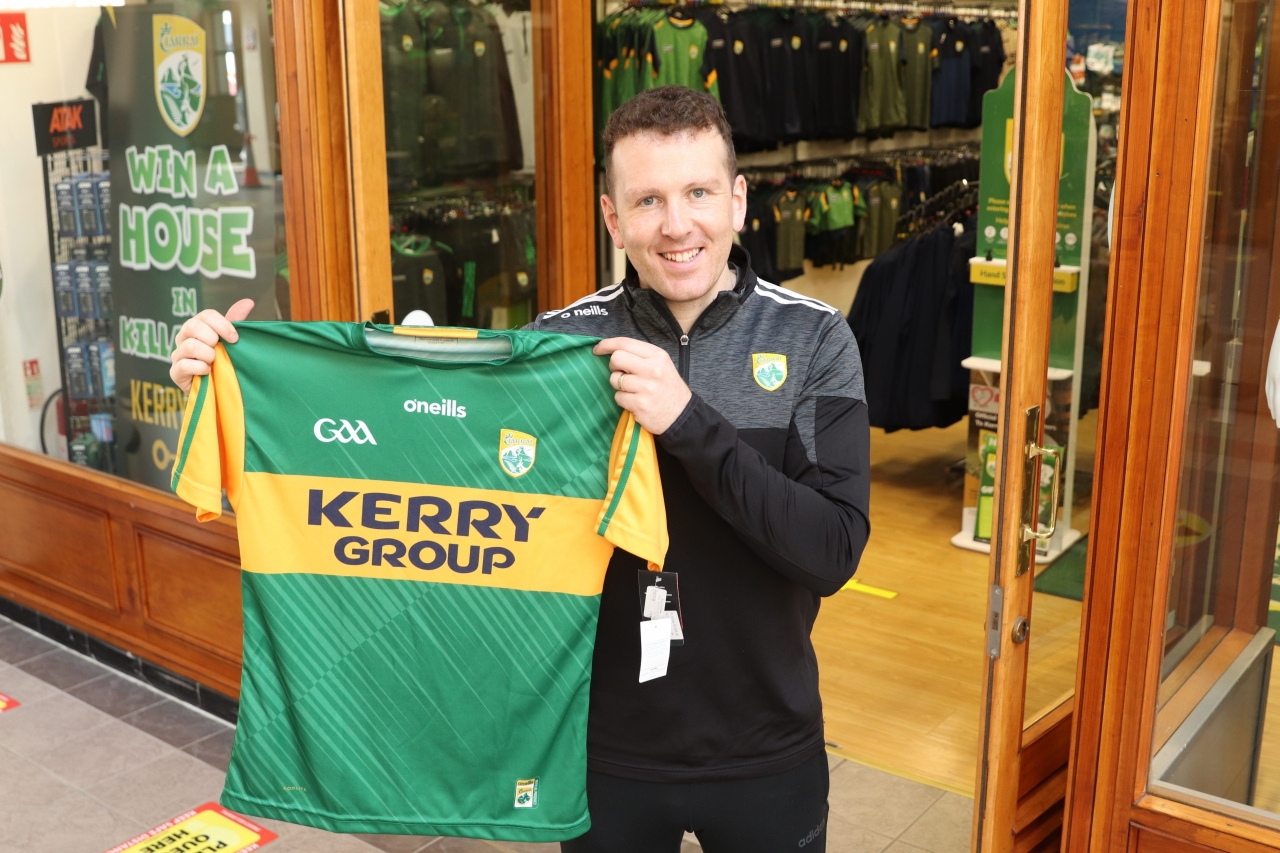 THE REAL DEAL: Killarney man Luke Quinn who is manager of the Kerry GAA Store plans to send an official Kerry jersey to the governor of New York. Photo: Grigoriy Geniyevskiy

New York's newest governor - who has proud Kerry roots - is to receive a brand new "official" Kerry jersey after being pictured this week with a "knock off" version. 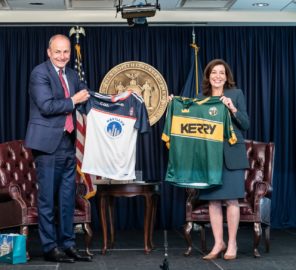 Killarney man Luke Quinn, who is manager of the Kerry GAA Store in the Outlet Centre, said that he will send an official county jersey to Kathy Hochul - after she was pictured with Taoiseach Micheál Martin holding a replica during a meeting on Monday.

During his visit Mr Martin met with Hochul - now one of America's most powerful female politicians - but it turns out that the jersey, which was most likely supplied by Ms Hochul herself for the photo opportunity, was fake!

"The store is going to send a Kerry jersey on behalf of Kerry County Board," Luke told the Killarney Advertiser.

"I heard about it [the fake jersey] on the day and it was all over Twitter. It generated a lot of interest. We sell them online at kerrygaastore.ie. In fact, we send a load of Kerry jerseys to America every day. She had no excuse for not having the official Kerry jersey."

He added that profits from the sales of fake jerseys make their way to other people's pockets.

"There are a lot of non-licensed jerseys. Every jersey we sell goes back to the GAA. The knock offs go into someone else's pockets."

Hochul was born Kathleen Courtney in Buffalo, New York, the second of the six children of John P. ‘Jack’ Courtney and Patricia Ann 'Pat' (Rochford) Courtney. Her grandparents, on her father’s side were from West Kerry, John Courtney, Fahamore, and Mary Browne, Cutteen. She took over as New York Governor on August 24 following the resignation of Governor Andrew Cuomo who resigned following a raft of sexual harassment allegations made against him by female employees of his administration.

On his trip Mr Martin visited the 9/11 memorial site where he stopped to read some of the names of the almost 3,000 victims of the 2001 World Trade Centre attacks. He also laid six white roses on the names of each of the Irish-born victims.

Taking to Twitter following the visit he said that he "enjoyed" meeting Ms Hochul.

"We shared our experiences in tackling the pandemic, and the importance of connectivity between our two countries. We also discussed her proud Kerry roots, and her family’s love for the GAA."