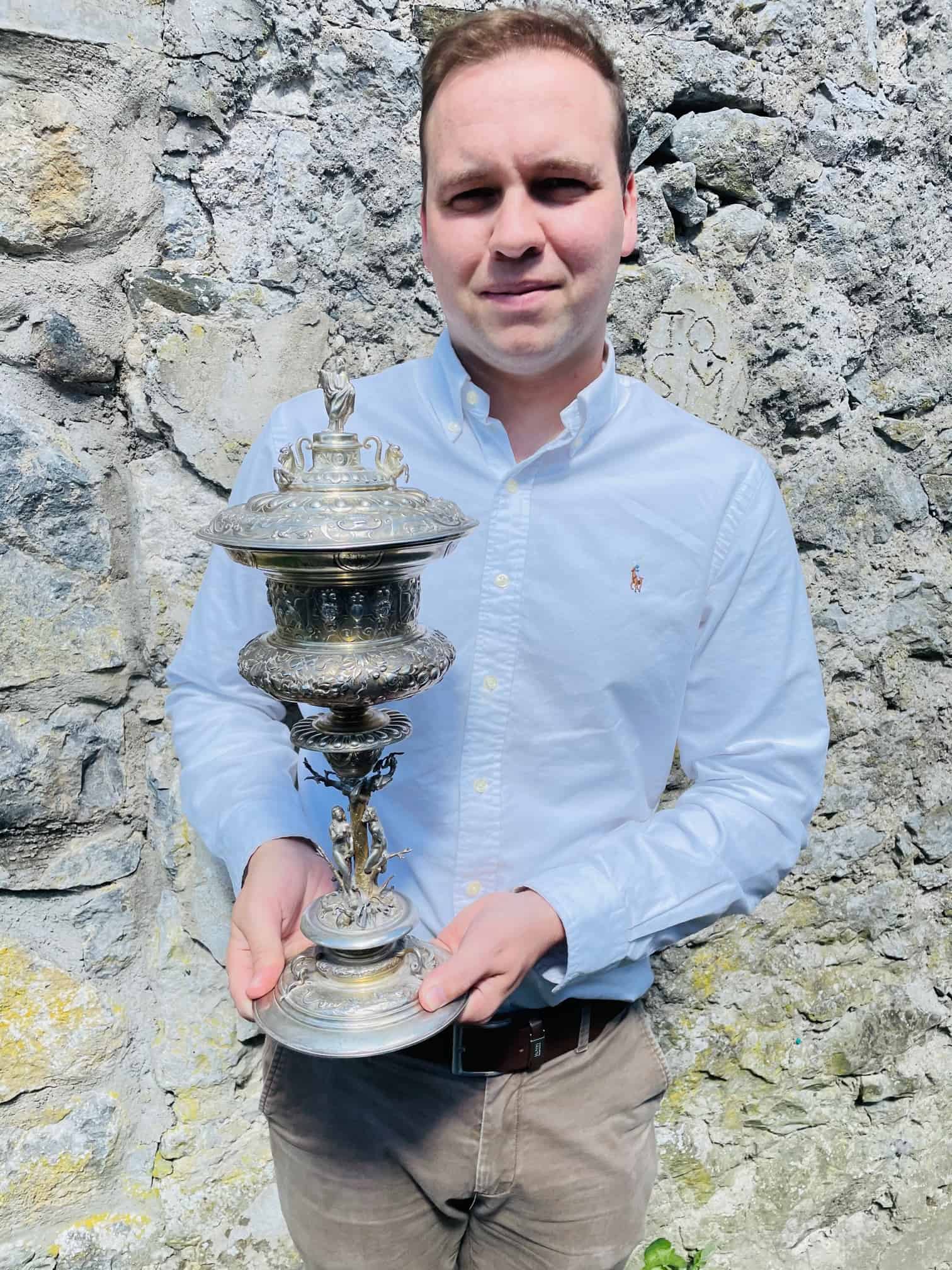 RARE: Pat O'Donovan from O'Donovan and Associates Auctioneers and Valuers with the rare chalice from a Killarney estate.

A very rare and "exceptional" silver chalice from a prominent Killarney estate is garnering huge international interest as it is up for auction this month.

Buyers from America, Germany and even Russia are hoping to get their hands on the German Augsburg silver chalice which dates back to the mid-1600s. It's due to go up for auction as part of a two-day sale of contents on May 15 and 16 next.

The piece is so rare that Pat O'Donovan from O'Donovan and Associates Auctioneers and Valuers in Newcastle West, who have it and other interesting items from the estate, said that it's something that rarely comes to market.

"Augsburg silver is highly sought after, it's exceptionally rare," he told the Killarney Advertiser.

At 16 inches high, the chalice features religious symbols including scenes of Adam and Eve, snakes, deer and other wildlife.

In his 15 years in the business and his father's 40 years he said they have never seen anything like it before and most likely won't again.

He explained that they received a call a few months ago and were instructed to sell the contents of the Killarney residence, which also included a huge collection of art works, but added he can't reveal the name of estate.

"They knew they had something special but didn't know anything about it," Pat said.

"It's so rare that you would not see the likes of it again. These are museum pieces."

"It probably wouldn't be the highest selling item but it is the rarest, something that you'd see in Christy's. As a piece of craftsmanship it's exceptional."

Plans on the table for school traffic management

“Killarney is the best value for money” says councillor