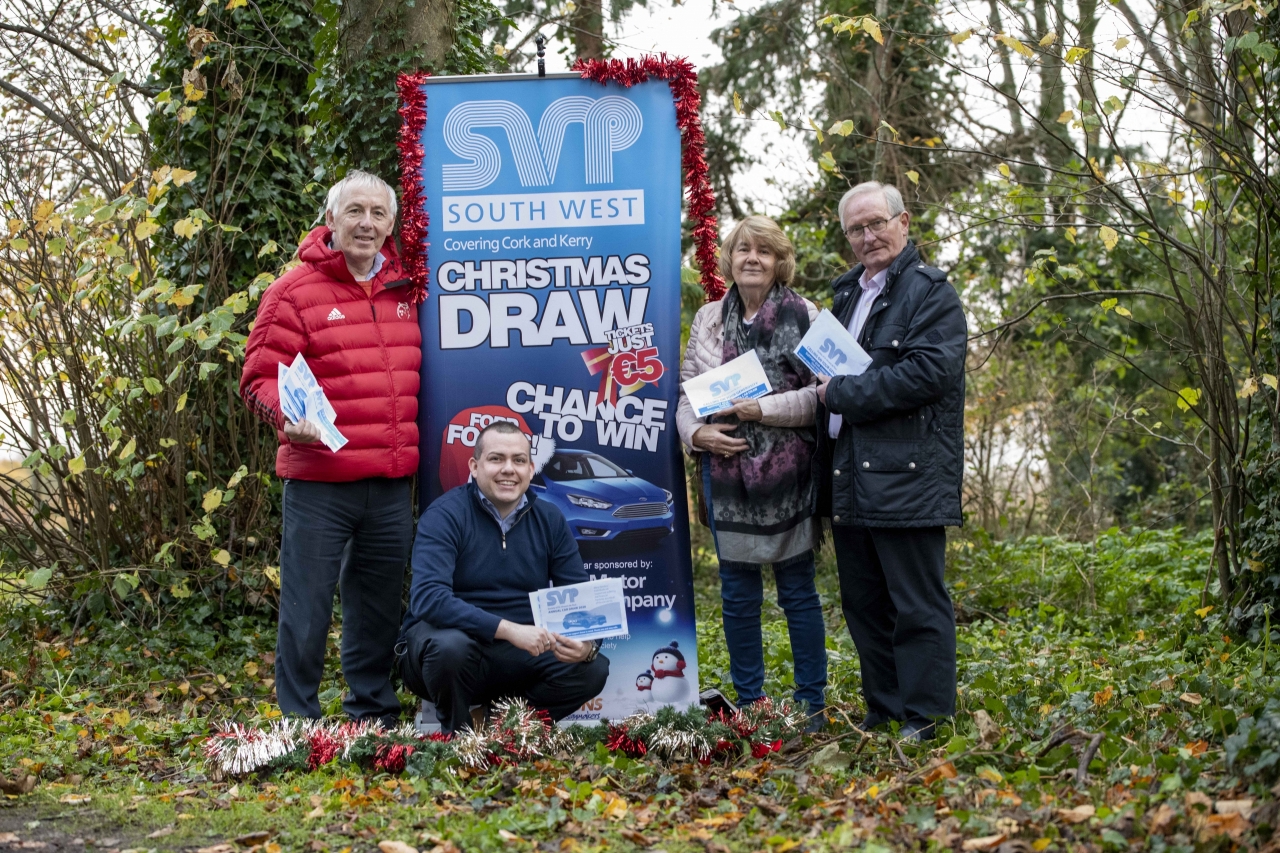 It's a choice of "heat or eat" for over 300 local people desperately seeking support from the St Vincent de Paul this Christmas.

Local helpers on the ground say that they've seen an increase in over one hundred people this year who are faced with impossible choices. And, many of those same people are the very ones who previously supported the charity, according to the Killarney branch of St Vincent de Paul (SVP).

Demand for its services is now at its highest in years in the run up to Christmas.

This time last year SVP in Killarney helped around 200 families but that figure will exceed 300 families by Christmas as people grapple with the 'Cost of Living Crisis'.

The local branch says it is getting “over 10 calls a day" from people seeking help and many of those calls are coming from "people who helped us in the past now need help themselves”.

As well as usual food parcels, the local SVP is getting more and more calls from people seeking help to pay their electricity and fuel bills.

The rising costs of energy is having an effect on local families but is also effecting SVP’s budgets.

Last year, on average, the charity gave out fuel vouchers for €400 but they are adding another €200 to this year’s voucher and "that is not even filling a tank”.

Breda Dwyer is the President of the local conference of St Vincent de Paul.

“So far this month, we have helped nearly 300 in some way, we are getting 10 calls a day,” she told the Killarney Advertiser.

“There is a lot of demand for fuel vouchers, people may be getting the Government grant but there are a lot of very old houses in the Killarney area that are almost impossible to heat, they are not insulated.”

The charity has also revealed that the most significant increase in calls this year is coming from lower income earners in full-time employment.

“What we are finding is that people who helped us in the past and now need help themselves," added Breda.

Across counties Kerry and Cork the charity expects to reach a peak of 1,400 calls per week this month.

“If the phone is not answered, leave a message. We will get back to everyone who makes contact.”

The annual SVP South-West Annual Car Draw will be a key fundraising event for the region this year, with tickets and free post return envelopes delivered to every household in Kerry and Cork and the added option of buying tickets online. Donations are also welcome through both channels.

SVP South-West’s Regional Co-ordinator Gerry Garvey said the charity is gearing up for one of the most difficult periods for the South-West region in many years.

“We have received an unprecedented number of calls for this time of year and from all walks of life."

Tickets for the raffle cost €5 each and can be returned in the Freepost SVP envelope or dropped into the SVP Regional Office at Ozanam House, 2 Tuckey Street, Cork or Unit 2 Monavalley Business Park, Tralee.

You can also purchase tickets online at app.galabid.com/svpcardraw.

First prize will be a brand-new Ford Focus, kindly donated by the Kavanagh family’s TOMAR Trust, and there will be six other cash prizes. The final date for entries will be 12 noon on Friday, January 6.

A €25,000 donation has been made to the Society of St Vincent de Paul (SVP) local conference in Killarney to help individuals and families over the Christmas period.

Killarney Cardiac Response Unit is also one of six community groups in Kerry set to receive €1,000 from the group. The unit now plans to expand their communication systems and provide an additional projector for their training courses.