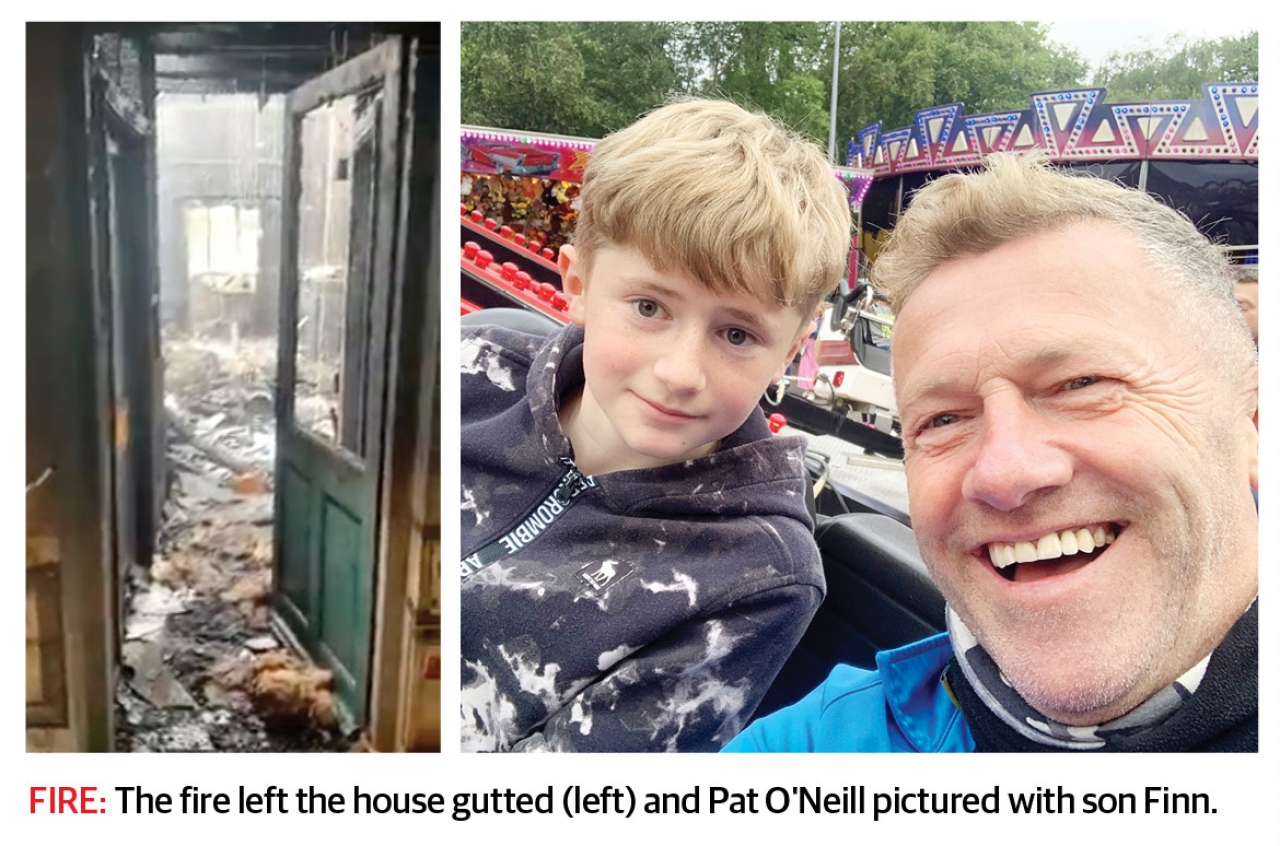 A much loved Killarney hairdresser - whose house was destroyed following a devastating fire - has thanked the public for their support.

Still recovering from the shock, Pat O'Neill also issued a warning to homeowners to check their contents insurance - as he and his wife Geraldine have been left with a big bill as they repair the damage including ceilings which caved in.Fire crews rushed to the scene in Ballaugh during the daytime on Thursday, July 29 after his 12-year-old son Finn ran to the neighbours barefoot for help with the family's two dogs.

"I was at work and Finn was at home lying on the carpet on his iPad when he saw smoke. He ran out barefoot and alerted the neighbours. Geraldine had gone to collect our son Luke who is working in Scotts for the summer," Pat told the Killarney Advertiser. "The kitchen is gone, everything inside has to be thrown out. "The den area was also totally destroyed including ceilings and it could take up to nine months before they can return to live there.He said that it all happened so fast but is "thankful" no one was hurt.

In the meantime, he, Geraldine and their children, Finn, Lara (14) and Luke (16) are staying in a nearby home owned by one of their neighbours.

"We did get a fright but there's always someone worse off than you."

He issued a word of advice to homeowners to have their insurance up to date. "We're under insured. You take it out years ago and it comes about every year and rolls over. For an extra €45 or so, the price of a meal, is all it costs. It could have been a lot worse."

However, he said some things are irreplaceable including oil paintings of his father and his football memorabilia. He also thanked his neighbours for their quick action and the fire crews for their help.