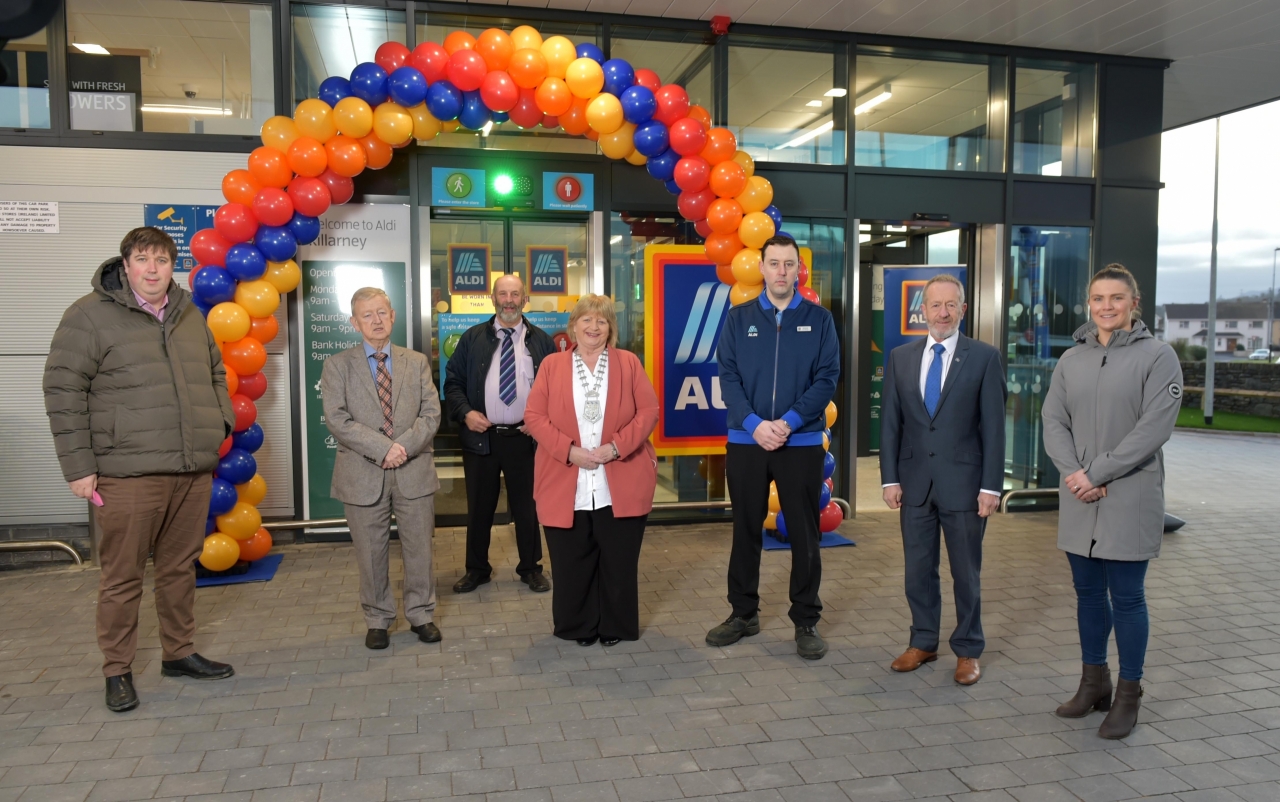 Aldi’s nationwide expansion continued with the opening of its new store in Killarney, creating seven permanent jobs in the local area.

Located on Park Road, the store was officially opened on Thursday by the Mayor and store manager Patrick Lawlor.

“This new store greatly enhances the Killarney retail experience, I really like the idea of the pedestrian entrance off Park Road,” Mayor Marie Moloney told the Killarney Advertiser at the official opening.

The new €8M store will replace its existing store at Ardshanavooly, a short distance away, which closed on January 10 after 14 years, ahead of the new store opening on Thursday.

There are also 113 car park spaces available to customers in Killarney, along with 15 bicycle rack stands. Aldi’s Killarney store will also provide access to free-to-use electric vehicle-charging points for customers. Aldi has invested in ventilation heat recovery, which will be used to power underfloor heating, in addition to solar panel energy.
.