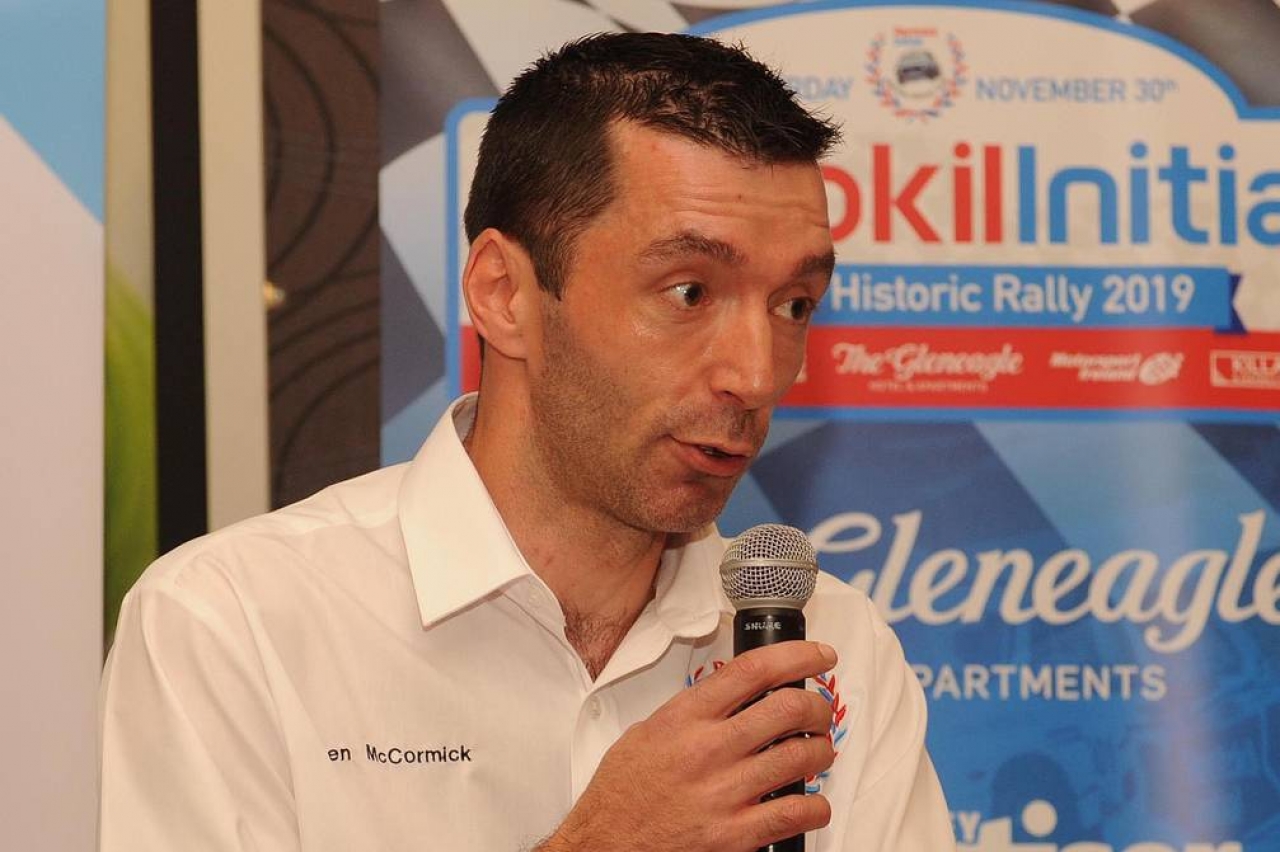 SECOND GENERATION: Darren McCormick the first ever second generation Clerk of the Course will take charge of the 2022 International Rally of the Lakes.

There's another change at the helm in Killarney and District Motor Club as Darren McCormick has been elected as Clerk of the Course for the 2022 edition of the International Rally of the Lakes.

He will take over from Dermot Healy who ran the last event in 2019.

Darren will become the first ever second generation Clerk of the Course of the event in the club's history, after his father Gary ran the event five times from 2005-2009.

Darren is no stranger to running Killarney based events, having run the Rentokil Initial Killarney Historic Rally in 2019.

The rally is included on the provisional 2022 calendar, taking its place on the now regular May Bank Holiday slot from April 29 to May 1.

Speaking after his appointment, Darren said that he is looking forward to getting the famous event back on track following a two year hiatus due to the COVID-19 pandemic.

“I will ensure to keep the event as cost effective as possible, with a compact, local route with centralised service. It’s been a difficult time for competitors and it’s extremely important to keep them in mind.”

He added that he is looking forward to welcoming sponsors, competitors and spectators back to the town.

Darren was sworn in at a recent club meeting, where other committee members were also elected. Lisa Foley has taken the role of Secretary, with Jordan and Dylan McCarthy sharing the role of Assistant Secretary.

"We are now less than eight weeks away from the 2021 Rentokil Initial Killarney Historic Rally and we are now in an advanced stage of planning for the event. Event Clerk of the Course Martin Farrell has confirmed a 3x2 stage format for the event with centralised service. Regulations have been sent to Motorsport Ireland and entries will open shortly. We have also launched a new Historic Rally Facebook page: RentokilKillarneyHistoricRally, and recommend everyone stay in touch with the page for the latest updates."