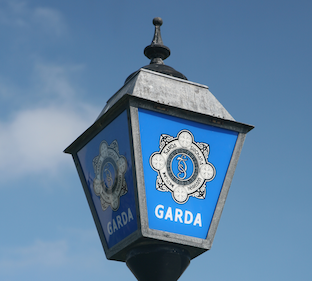 Gardaí have arrested and charged a man following the theft of a phone and other property at the Gap Of Dunloe at the weekend.

At around 4pm on Sunday a woman was cycling along the Gap of Dunloe in Beaufort when she stopped for a break. She placed her backpack on the ground for a short period of time and walked away from it. When she returned the bag and its contents were gone.

The woman was able to track her phone to a shop in Sneem, and later to an area of Portlaoise, using a tracking App that she had installed.

She reported the matter to Gardaí in Kenmare who reviewed CCTV from the area and liaised with Gardaí in Portlaoise. A possible suspect was identified and he was arrested on yesterday (Tuesday) following a search operation in Portlaoise. All the stolen property was recovered during this search.

The man, aged in his late 20s, was detained at Portlaoise Garda Station under Section 4 of the Criminal Justice Act, 1984 and later charged.

He is due to appear before Killarney District Court on July 21 at 11am.

"We all need to be mindful about our property, no matter where in the world we are,”

“Thieves are opportunistic, so let’s not give them the opportunity. Make sure you keep your bag, phone, wallet etc., on you at all times. If you drive to some of our lovely spots here in Kerry and are going for walk, make sure you don’t leave any valuables on show in your car and make sure the car is locked.

If you a have a smartphone, consider downloading a location finder App. In this instance, we would have found it difficult to investigate the theft because it occurred in such a rural location. The tracking App and the quick actions of the woman was the key to this.”