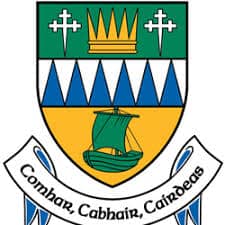 A junction which has long been a thorn in the side of local motorists continues to be on the Council agenda as new issues in the area have come to light. As a result of increased walking activity in the general Killarney area, pedestrians are now calling for the provision of a footpath to be included in any plans related to the future layout of Madam’s Hill junction.

Previously the Council said that Madam’s Hill upgrade project is part of bigger scheme that will include the entire stretch of road as far as Cleeney Roundabout.

It is hoped the bigger scheme will also address the issues raised by residents of the nearby Bruach na Abhainn estate – a group that made history by taking the first online deputation to Killarney Municipal District late last year.

At the recent meeting of Killarney MD, Cllr Healy-Rae asked both Kerry County Council and Transport Infrastructure Ireland for an update regarding the provision of a roundabout at Madam's Hill.

She highlighted the fact that accidents and near misses continue to persist at this location, and that people are getting increasingly frustrated when they hear of sums of money being granted to address safety issues at Madam's Hill, but no physical infrastructural works have been carried out.

“Proposals at this junction, as well as proposals to carry out safety improvements southwards and through Cleeney Roundabout, have been developed and are currently being reviewed by the TII Safety Team. These proposals will be presented to the elected members in April/May before finalising them,” a Council official said.

Meanwhile Cllr Brendan Cronin raised the issues that local walkers are facing near Madam’s Hill. He called for the construction of a footpath from the Birchill Estate on the top of the hill.

The meeting was told that the provision of a footpath rests with the Birchil Estate’s developer.

The final phase of construction of new houses in the estate has been delayed due to the current lockdown restrictions.

“The provision of a footpath to link the Madam's Hill housing development to the existing footpath on the N22 towards Cleeney forms part of planning applications granted Planning Permission by Kerry County Council,” town engineer John Ahern told the meeting.

He added that there was a plan in place to build a footpath inside the current ditch/hedge-grow line and that once COVID-19 restrictions were lifted he would seek a meeting with the developer in an effort to get an update on the plans.