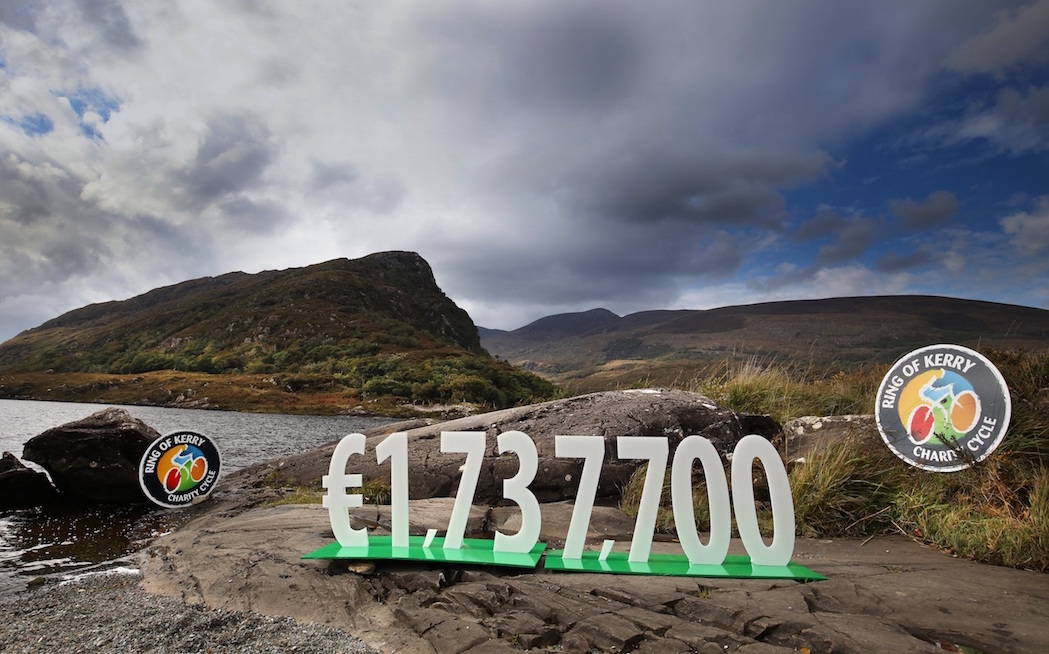 SOME 47 local charities were the winners when the grand total for this year’s Ring of Kerry Charity Cycle was totted up, reaching a whopping €1,737,700.

A total of 11,000 intrepid cyclists from across Ireland and beyond saddled up to cycle the scenic Ring of Kerry on July 2 with one shared goal – to use pedal power to generate money for many deserving local charities and this epic achievement was celebrated at a special function in the INEC on Friday night. “Fundraisers, supporters, organisers and charities alike are delighted to reveal that a staggering €1,737,700 was raised and this was divided amongst 47 local charities,” said cycle committee PRO Cathal Walshe.

Every year this event brings people together in an incredible act of generosity and this year is no different, added Cathal. “We are delighted to have raised such a huge amount again for such deserving local charities. This year more than 45 local charities will benefit from the generosity of our fundraisers and we couldn’t be more proud of that,” he said.
“The charities involved do incredible work all year round in our community and it’s a huge honour to be able to support them in this way once a year. It is always really special to see volunteers from the charities helping out on the day in July, thanking the fundraisers as they complete their journey.”

Cathal added: “Special thanks must go the hundreds of volunteers who give their time to make the cycle happen. 12 months of planning goes into organising and managing the cycle and this is done by a voluntary committee. Thanks must also go to our fantastic partners and sponsors Supervalu, SKODA, The Kerryman, Nature Valley, Bon Secours Hospital, and the Killarney Chamber of Tourism & Commerce. With their support most of the running costs are covered.”

Three second-tier charities received €10,000 with 34 additional charities receiving €2,000 each. “Everyone associated with the cycle are delighted and proud that the 2016 Ring of Kerry Charity Cycle has been such an amazing success,” added Cathal. “A huge thank you to everyone who fundraised and we hope to see you again in 2017! The planning has begun.”

Killarney House benefiting from Budget 2017 with additional half million euro

Date change for quiz and auction in aid of homelessness fundraiser