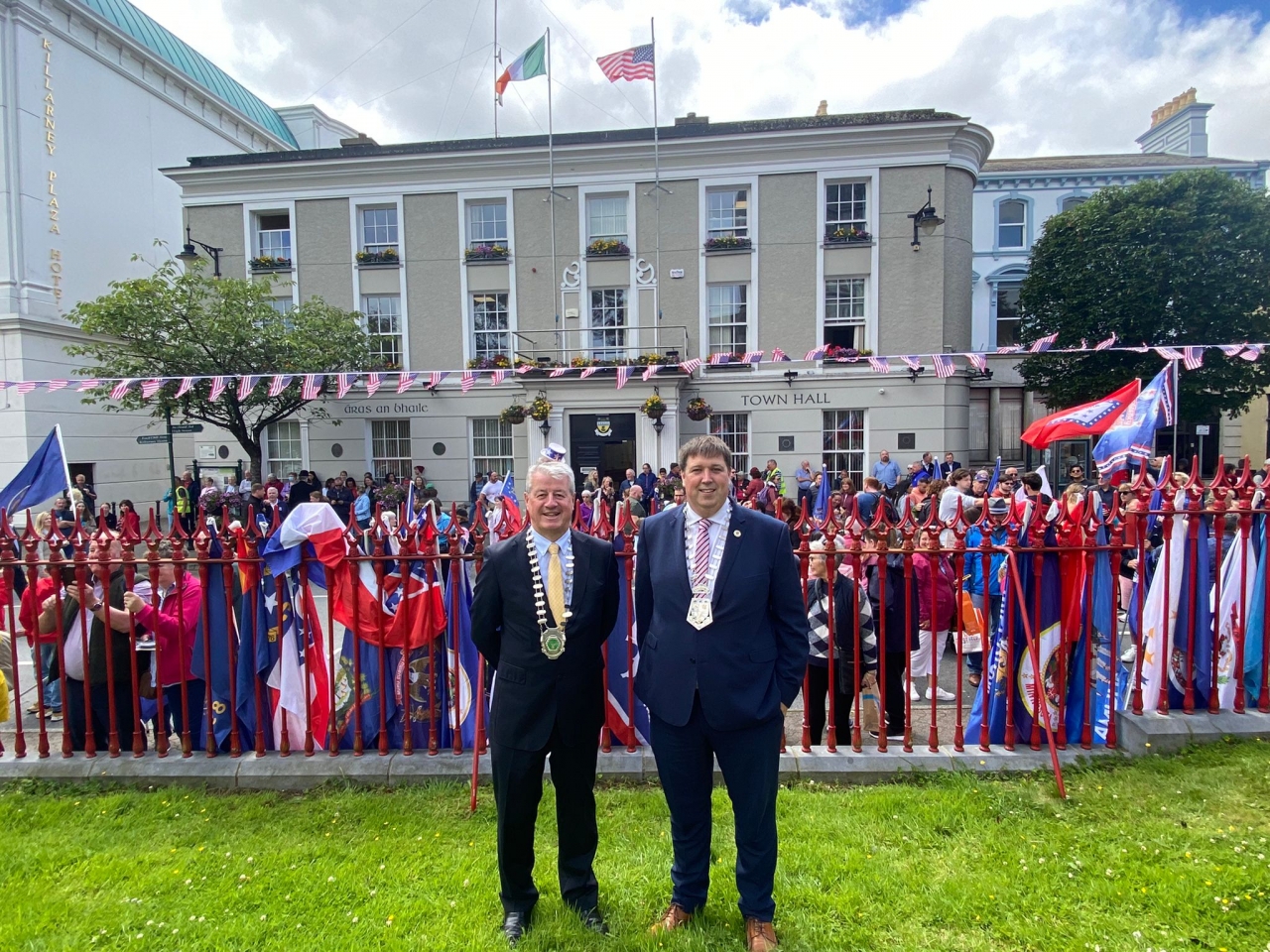 OFFICIAL OPENING: Conor Heneghan and Niall Kelleher raised the American and Irish flag over the town hall.Photo by Sean Moriarty

Thousands of spectators lined the streets of the town centre on Monday evening to welcome back the first 4th of July Parade since 2019. 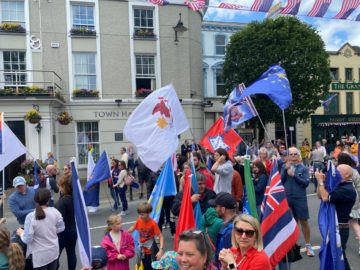 FESTIVAL: The town centre is awash with colour this 4th of July.Photo by Sean Moriarty 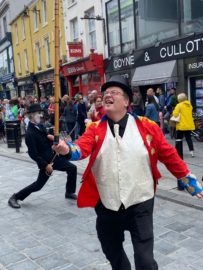 FESTIVAL: The town centre is awash with colour this 4th of July.Photo by Sean Moriarty

It was the key event in Killarney Chamber of Tourism and Commerce's annual celebration of The United States' Independence Day.

The festival’s official opening ceremony took place just after 3pm on Monday when Mayor Niall Kelleher and Chamber of Tourism and Commerce vice-president hoisted the American and Irish flags over the town hall.

“It is very important that we are back after two years,” Mayor Kelleher told the Killarney Advertiser.

“It is great to see all the vibrancy and craic and welcome our American visitors.”

A local group of musicians entertained the large crowd that had gathered outside the town hall and they sang both the Irish and American national anthems.

Pat Mulcahy, the first lieutenant of the American Legion pledged allegiance to the American flag and many of the gathered crowd joined him in his recitation of the verse.

New for this year was the presentation of state flags to US visitors. American visitors were invited to take their state flag and join in the celebration and there was at least one person there from each of the 50 states.

These people were invited to lead the parade later that evening and added extra colour and vibrancy to the event.

Thousands of people, many waving American flags,lined the streets of the town for the big parade and that was followed by a lively hour-long Beat on the Street from 8pm.

Ireland’s multi-award winning soul performer Buck Taylor entertained the masses at the Soul in the Park at 9pm and at 10 o’clock the celebrations continued in fabulous fashion with an open air screening of the hit movie 'The Greatest Showman' on the lawns of Killarney House and Gardens.

The Killarney 4th of July celebration concluded with a fireworks display just after 11pm.

The festival is organised by Killarney Chamber of Tourism and Commerce with support from Kerry County Council and Fáilte Ireland as well as sponsors Heineken.

Sheila has dedicated her entire life to the hotel industry 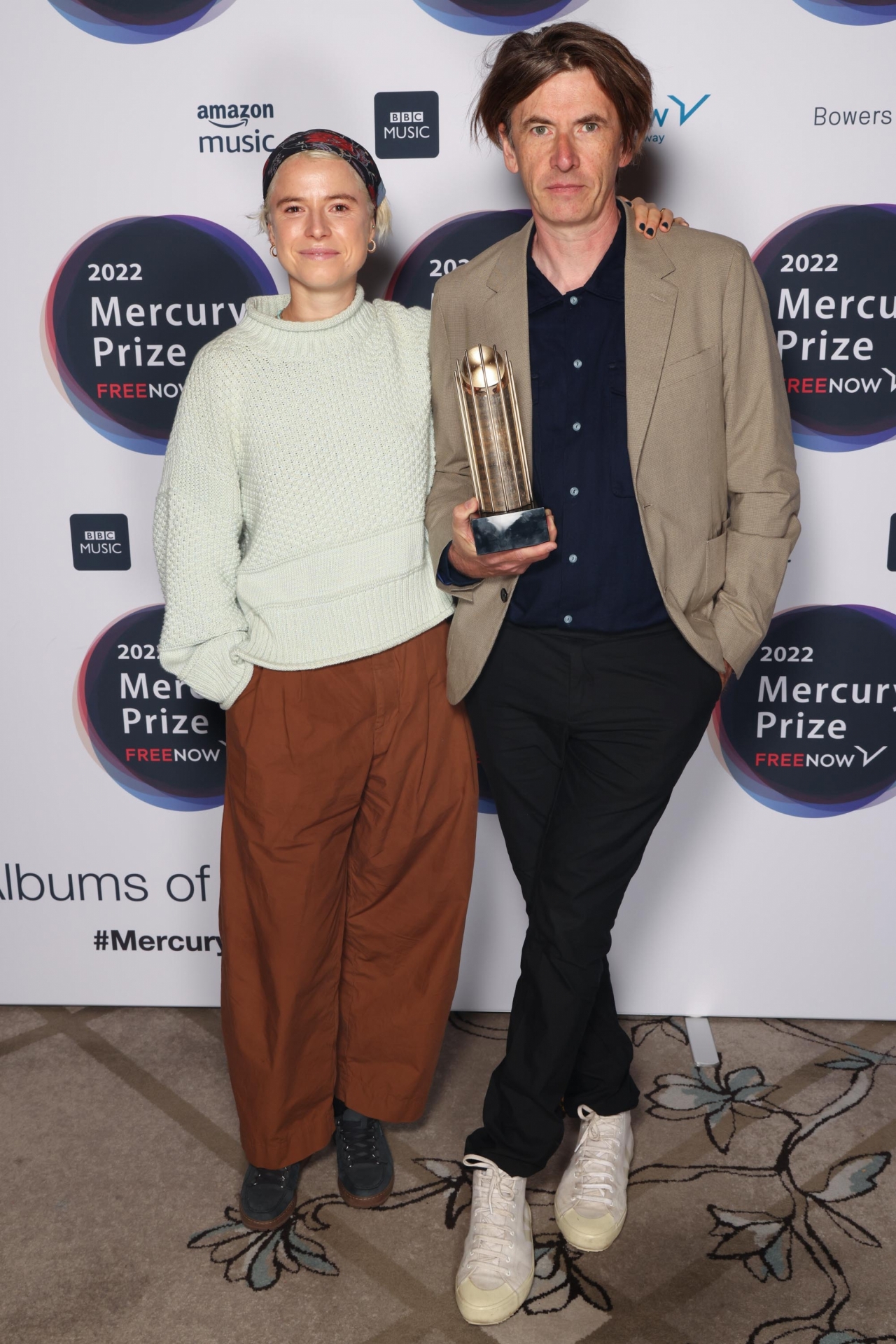 Olga Tkachenko and I run five kilometres every Saturday with the Killarney House Parkrun. This fragile and smiling woman always runs easily and beats me every time. It seems that […] 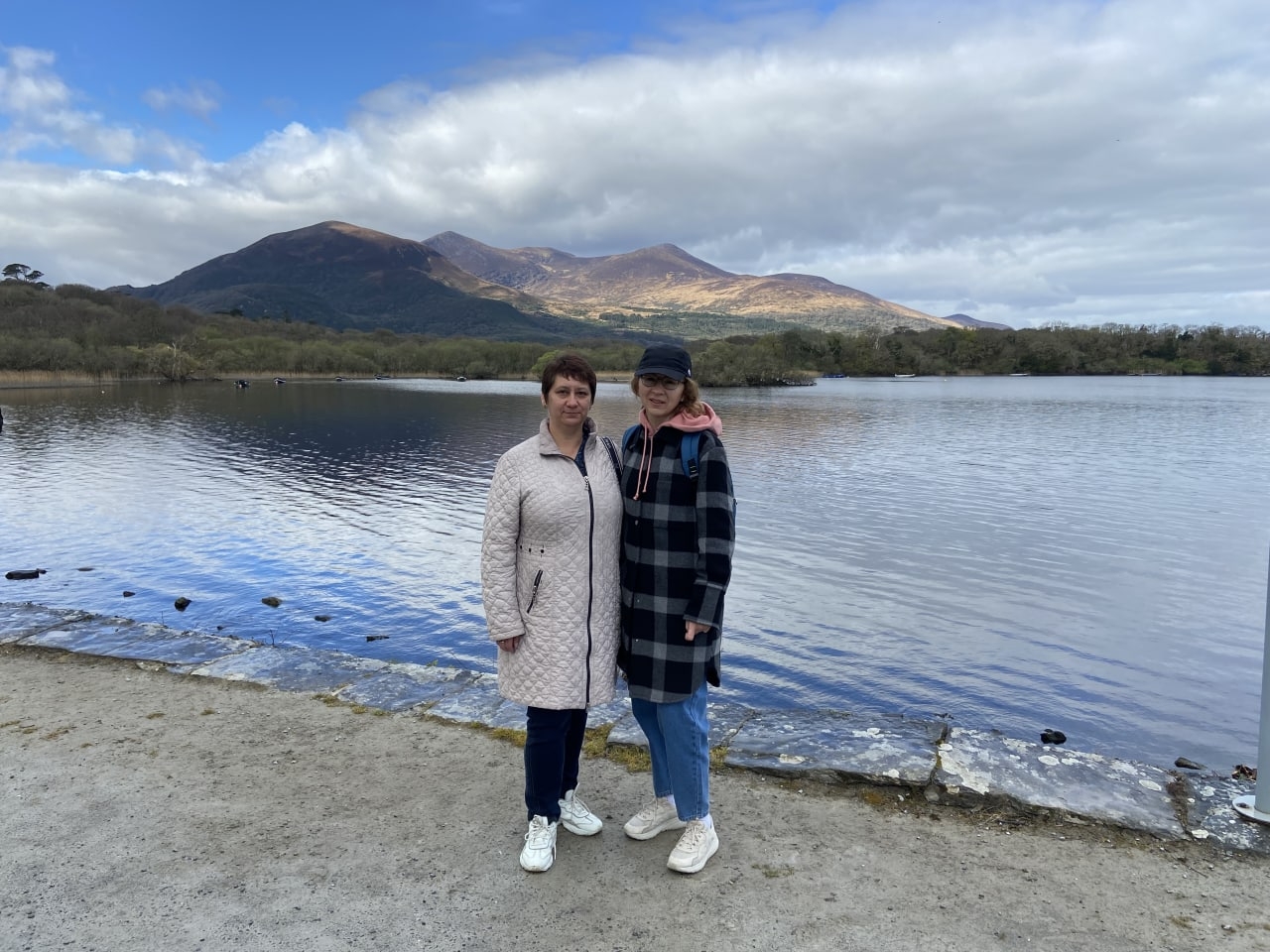 Olga Tkachenko and I run five kilometres every Saturday with the Killarney House Parkrun.

This fragile and smiling woman always runs easily and beats me every time.

It seems that everything in her life is as easy as jogging.

But this is not quite so.

Olga grew up in Donetsk city, Donbass region. Her sister Maryna and parents lived here. A large and friendly family, they owed a holiday home in the region and would gather there for vacations and holidays. This house was a symbol of this family.

In 2014, Russian troops entered Donetsk and drove their military equipment right into the yard of the house.

From here they started shelling the Donetsk airport.

Soon the house was completely destroyed. All that remains of the house are two walls and a few pots. The family nest was devastated. Her sister Maryna tried to save the surviving property and came under fire. Fortunately, she was not injured.

Olga moved her parents to another place, and she went to Kyiv with her husband and children. All they took with them were two laptops and a few warm things. Life had to start from scratch.

Olga’s sister Maryna moved to Dnipro city, where she found a new job.

The sisters went their separate ways, but still maintained a very close relationship, calling and supporting each other every day.

They have children two months apart. Olga jokes that she and her sister have a topic to talk about – their common father-in-law and mother-in-law.

Having lost their homes in 2014 due to Russia’s military aggression in Donbas, the sisters built their lives in two different cities – Irpen (near Kyiv) and Dnipro. But when the war broke out in 2022, they found themselves together again.

The sisters managed to board an evacuation train bound for Poland. Again, they only had one bag each and a one-way ticket.

After staying in a refugee camp in Poland for several days, they decided to go to Ireland.
Were they worried about going into the unknown?

But Olga says that when she is together with her sister, it gives both women confidence and stability. Together, it’s not so scary anymore.

But she has one secret of resilience – the ability to see the good in the circumstances in which you find yourself.

Here in Killarney Olga focuses on the beautiful nature, she learns a new language, and goes jogging. She never regrets.

Olga’s sister Maryna Tkachenko has already found a job and works in as a designer in Killarney. The sisters help each other a lot and are very worried about their parents and grandmother, who remaine in Ukraine.

“Our parents spent a month under the occupation of Russian troops in a village near Kyiv. My 70-year-old mother, as in 2014, went to negotiate with Russian soldiers and persuaded them not to shoot. We are glad that our parents’ house survived this time. Because in 2014 we already lost one home. Our parents would not have survived this a second time,” adds Olga.

That is why she will soon go back to Ukraine.

She explains her motives: “I want to be where I am most needed. My eldest daughter, parents and grandmother are in Ukraine. My daughter works as a volunteer every week, clearing the rubble of buildings, so I want to help my country as well. After dismantling the ruins, we will see our beautiful country again.” 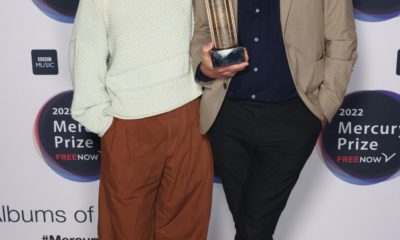 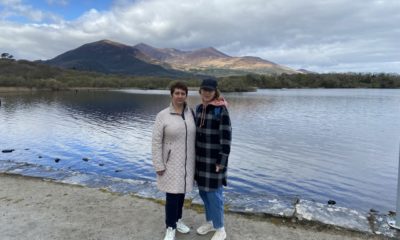 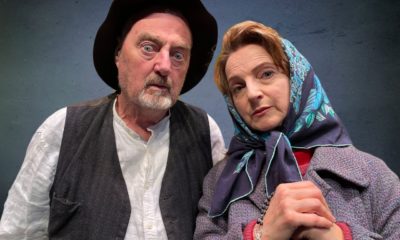 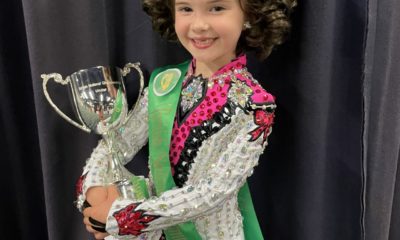 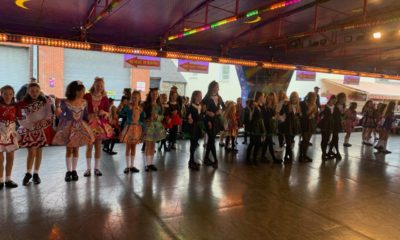 All the fun of the fair – picture special

Bird’s Funfair hosted its annual Children’s Carnival for the first time since 2019. One of the highlights of the Carnival...