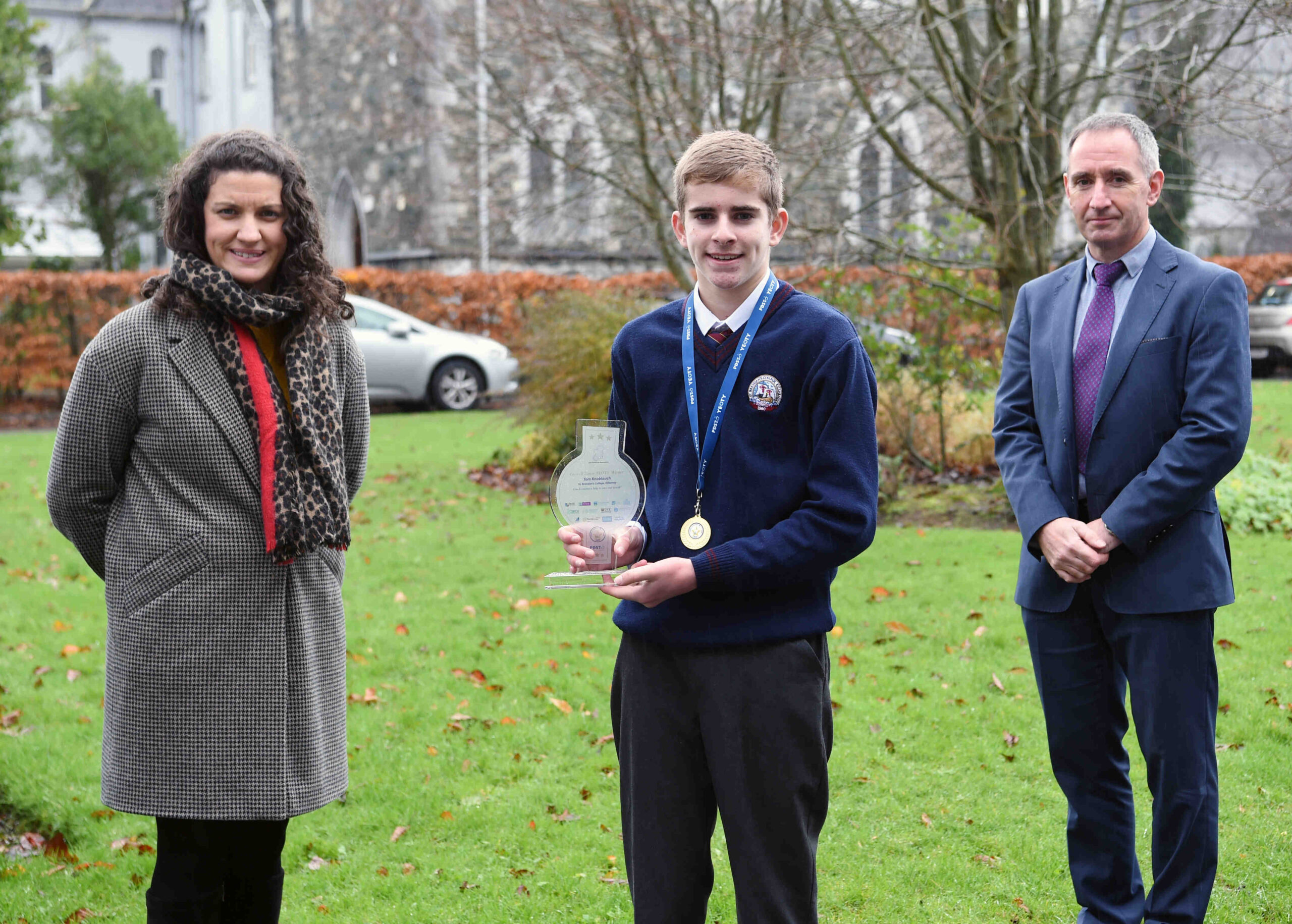 Tom Knocblauch winner of the overall Junior Category at the Young Economist of the Year with Business teacher Eimear Buckley and Acting Principal Hugh Rudden at St Brendan’s College, Killarney.

A St Brendan’s College student this week received an award after winning the overall Junior Category at the 'Young Economist of the Year' with a project entitled “Can Economics Help to Save the World?”

The ‘Young Economist of the Year’, won by Tom Knoblauch, is an economics competition for secondary school students across the island of Ireland. The competition is run in conjunction with the Professional Development Service for Teachers. YEOTY, as it has become affectionately known, is now in its seventh year and is developing into a significant national awards event for the enjoyment and promotion of economics. Commencing in 2013, the initiative has grown from strength to strength with an increasing number of participants. This year, due to COVID-19 restrictions it was a virtual ceremony, which featured both the Minister for Finance Paschal Donoghue, and the Governor of the Central Bank of Ireland Gabriel Makhlouf, as guest speakers.

Tom chose to research a topic that was of both interest to him, and relevant to his generation.

"Increasingly we see the impact of man’s interference on our planet at a macro level through examples such as the massive fires in California and numerous major floods, and I sought to understand how this relates to my life at a micro level, both in its impact and in my ability to influence it," Tom said.

Tom’s project looked at the approach the Government is taking, in particular in relation to cutting CO2 emissions and identified some pitfalls. He made some recommendations on how the Government could make a stand in taking the current critical position forward. This approach will not single handedly solve the current environmental crisis that is beginning to unfold, but it will make a material start in ensuring that this planet can be enjoyed by children for generations to come.

“Tom worked really hard in completing this project, I am delighted for Tom to receive such a prestigious award," his Business Teacher Eimear Buckley said.

Gardai seize €4,000 worth of suspected cannabis plants and herb

Let your voice be heard