DONATION: Stephen O'Leary with some of the electrical goods his family firm has donated to UHK. Photo: Paudie Healy

O’Leary’s Expert Electrical on Plunkett St has donated kettles, toasters, microwaves and a television to the hospital staff in Tralee.

The hospital had to open additional staff welfare facilities to cope with the growing numbers of new or returning staff.

The new canteen was only fitted out with basic equipment, mainly due to the short time frame involved in getting it up and running.

Kerry Mayor Niall Kelleher approached businesses in the Killarney area who were in a position to donate the vital equipment and O’Leary’s Expert Electrical, a family-run business operated by brothers Mike and Stephen O’Leary, answered the call.

“We are all in this together,” Stephen told the Killarney Advertiser. “Anything we can do to make it easier on the staff and nurses at the hospital – we will do it. It is a good cause and every little helps. We all have to pull together.”

The Kerry Phone Centre on College St, the local Vodafone agent, donated six mobile phones to the cause.

“We offered to donate some mobile phones to give to the nurses to use instead of them using their own private phones. Video calling has become so important in keeping families connected, so it made sense to help them to do this without any cost to the staff,” Kerry Phone Centre proprietor Jessica O’Connor told the Killarney Advertiser.

"It’s a small token of our appreciation to the nurses and staff on the frontline and we hope it will help the families of COVID patients to stay in touch with their loved ones at this time.” 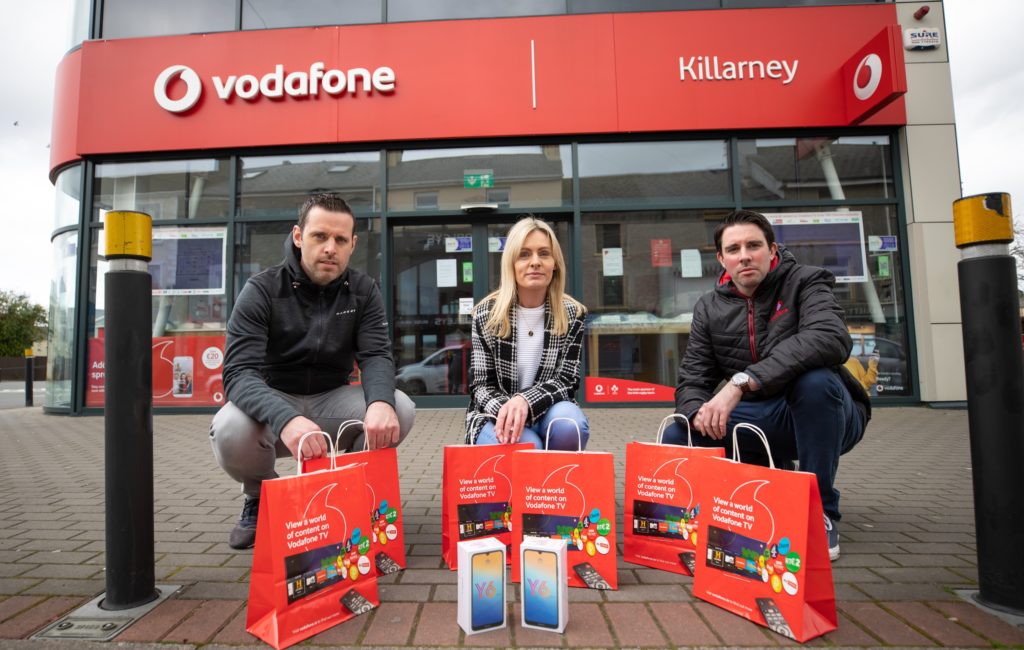 STAYING IN TOUCH: Jessica O'Connor with staff members Billy O'Connor and Nigel Leahy with some of the mobile equipment that that the Kerry Phone Centre donated to UHK. Photo: Paudie Healy[/caption]

Meanwhile, Vodafone Ireland has committed to supporting older members of society who are alone, in self isolation or cannot see family and friends stay connected over the coming weeks, by donating one thousand new smartphones along with two thousand €20 credit top-ups to ALONE, an organisation which supports older people in Ireland. The smartphones will be distributed by ALONE and its partners, who are working together to support older members of the community during these difficult times.

Vodafone has ensured that the smartphones are pre-loaded with a number of resourceful applications including WhatsApp, Facebook, Spotify, RTÉ News, along with information about online food deliveries and other important phone numbers including the ALONE national helpline.

Elaine’s communion locks get the chop