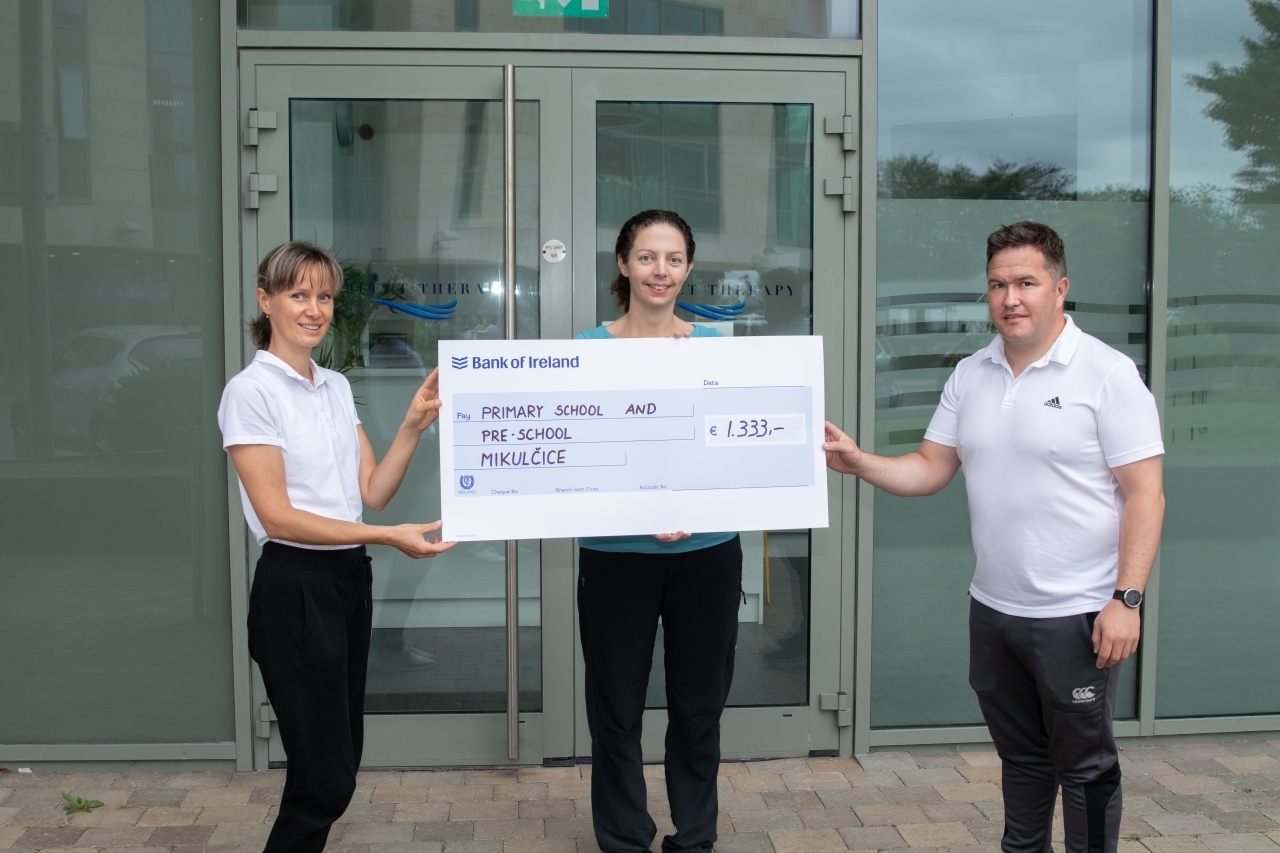 THANK YOU: Jana Lalikova from the Perfect Therapy Clinic pictured with Una O'Donoghue and Cian O'Sullivan says thanks to the people of Killarney for helping to raise €1333.33. Photo: Grigoriy Geniyevskiy

A local business woman who appealed for support following a devastating tornado in her home country has thanked the people of Killarney for their support.

Jana Lalikova was left shaken after a devastating tornado struck South Moravia in the Czech Republic two months ago. Feeling helpless, she appealed to the people of Killarney town to support her with a fundraiser to help families rebuild their lives.

The tornado swept through several villages, killing five people and leaving more than 150 injured, as well as homes, schools and businesses in need of serious repair.

Not only did she immediately set up a GoFundMe page but also added a donation box at the counter in her rehabilitation and physiotherapy practice at the Perfect Therapy Clinic at the Reeks Gateway, and says she has been overwhelmed by the support.

"I wanted to help," Jana, who has been living in Ireland for more than 13 years, told the Killarney Advertiser.
"I wanted to support a specific family but after two months people have had the main repairs done. I contacted friends who gave me a family and the man said that it's the schools that now need help as the houses were fixed first during the summer."

So, liaising with the man and school principal Michal Besta, they decided to donate the funds to a preschool and school in Mikulcice to help rebuild the green area for the children to enjoy the outdoors once again.

"He said that they had a lovely park for outdoors and now they have nothing. They will now use the money to create an outdoor space and plant trees and use the area for education. I found it a nice idea."

And she added, if the people from Killarney who donated visit the Czech Republic they can call to see the replanted area.

"A big thank you to everybody who helped with this project, I really appreciate it."

The GoFundMe page 'Help people in Czech Republic after tornado' will remain active for a few more weeks and those who'd like to contribute can still do so, she added.

Local coach to get girls more involved in sport