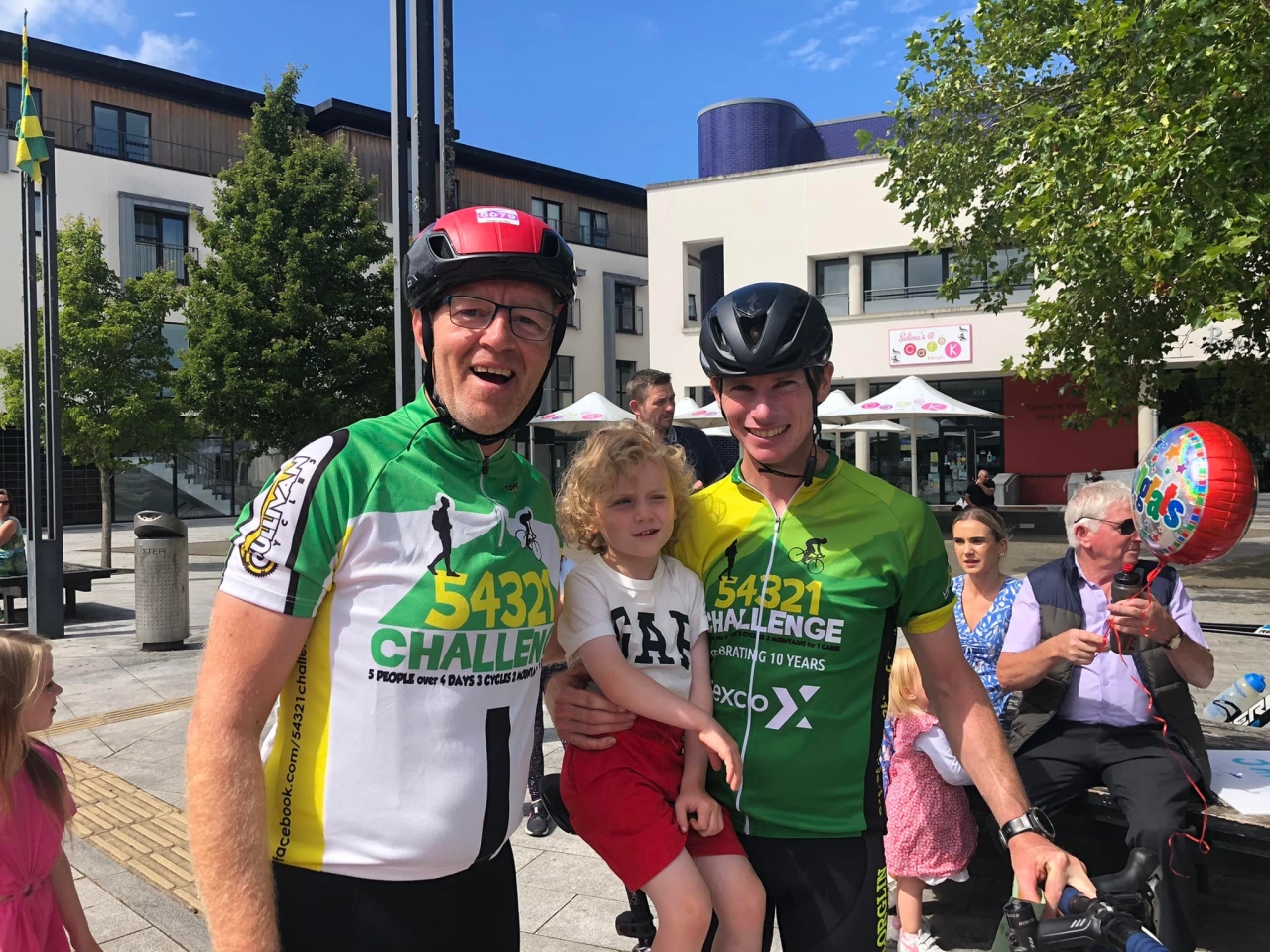 EPIC FEAT: Jamie O’Shea (right) pictured with TJ O'Connor had previously completed the 54321 Challenge over four days but this time around did it in just 24 hours.

Taking on a four day physical challenge is a massive undertaking but one team member went a little further and completed it in under 24 hours. 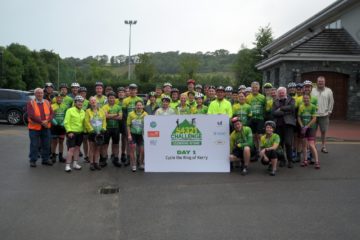 TEAM EFFORT: Pictured are the team leaving Fossa GAA pitch as they headed off on their 54321 Challenge last Thursday morning.

Jamie O’Shea from Dromid is one of the organisers of the 54321 four-day Challenge where 50 members took part from last Thursday to Sunday.

But Jamie decided to bring the challenge to new heights and test the theory that it can be done in 24 hours.

He had previously completed the challenge over the four days, but knocked it out of the park by completing it in just 22 hours and 15 mins!

Jamie started at 3pm on Saturday with his backup team by cycling the Ring of Kerry, climbing Carrauntoohil in the dark by torchlight, then cycling on to Cahersiveen in the dark and then climbing Cnoc na dTobar to see the sun rise. He then joined the rest of the 54321 Challenge team on the Sunday morning to complete the fourth day to finish in Killorglin. Jamie decided to fundraise specifically for Skellig Stars Athletics Club which is very close to his heart.

The 54321 Challenge started 10 years ago with a team of five people over four days, completing three cycles, and climbing two mountains for one cause – a local charity.

Testament to the popularity of the event is the fact that over 80% of this year’s participants had completed the challenge previously over the first nine years; with some who have not missed a year since its commencement in 2013. But as always the new participants added a new lease of life and added to the 54321 Challenge experience, which is predominately all about people who are doing it, those supporting them and the people involved in the charities we are trying to raise much needed funds to support.

A major contributor to this year’s fundraising efforts were a number of Spinathon Days where this year`s participants, volunteers from all the charities, family and friends took the streets in different locations including Killarney, on spinning bikes. The final one will be in Tralee tomorrow (Saturday).

"Thanks to everyone who made these Spinathons possible, to all the volunteers, and thanks to all the members of the public who gave their support and generous donations, and finally yet importantly thanks to An Garda Síochána and especially James Foley for his help with the organisation of the Spinathons," he said.

Killarney Royal staff are ready to brew up

Seamus honoured to be named London Killarney Person of the Year