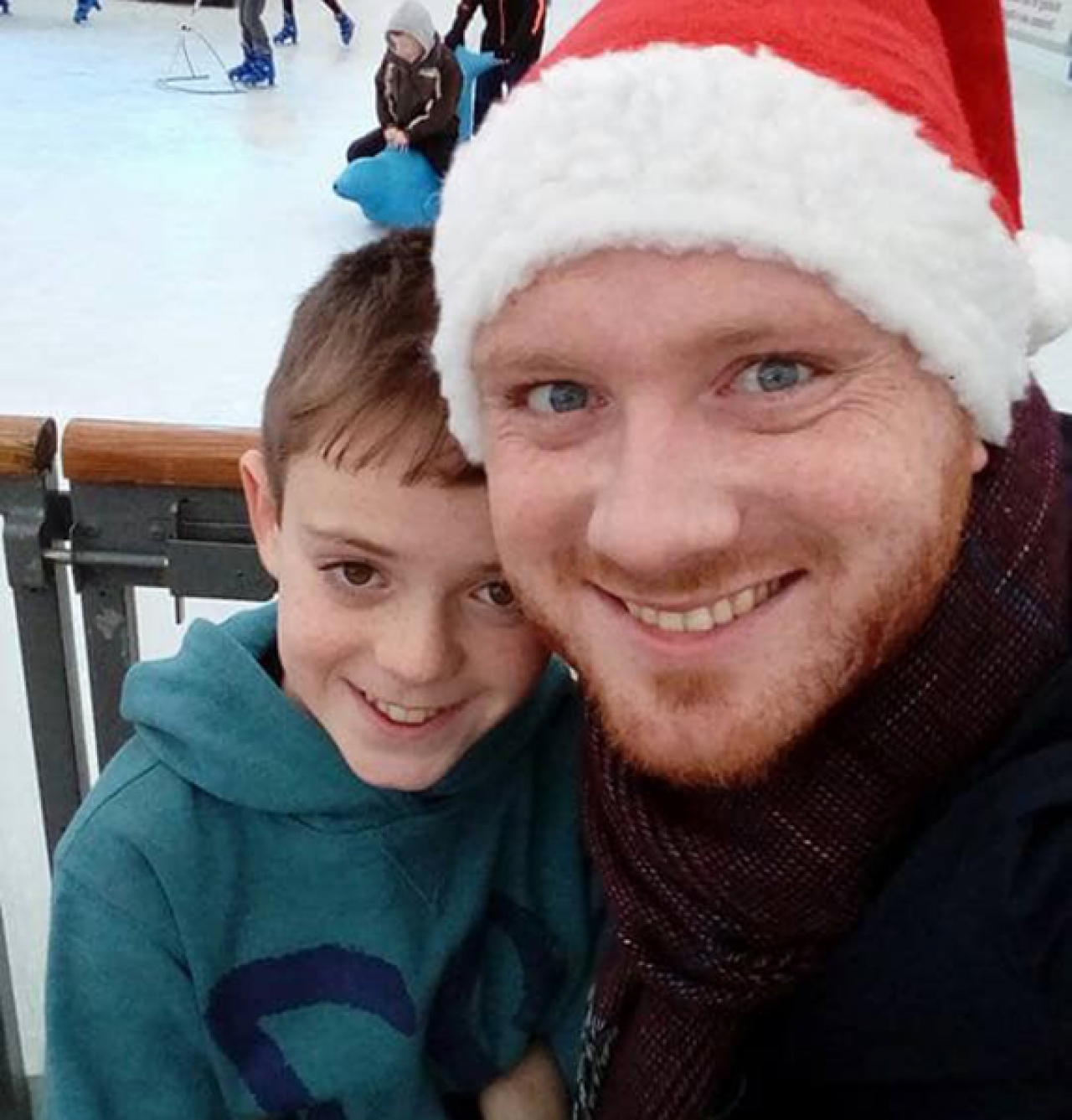 DUET: Jack Patrick Healy pictured with his little brother Thomas who sadly died in a road accident in July has recorded a duet of them singing a Christmas song together.

A Killarney man who is much loved for his musical talent has paid a wonderful and very special tribute to his young teenage brother who tragically died in July. 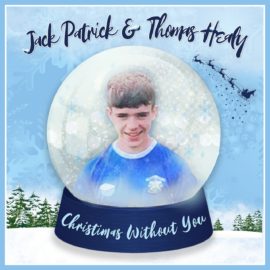 14-year-old Thomas Healy from the Gap of Dunloe, sang his brother's self-penned song 'Christmas Without You (Candle on the Window)' just weeks before he passed away unexpectedly in an accident on Ross Road.

However, his eldest brother, Jack Patrick Healy, only recently heard the video existed and decided to create a duet of them singing together to fulfil a promise they made to record it.

Thomas' beautiful tones are mixed with Jack's and it has since been released online for free.

"Myself and Thomas made a deal that we would record it together," Jack, who has been living in London for the last three years, told the Killarney Advertiser.

"However, because of COVID it never happened."

In 2009 Jack wrote the song after being "thrown out" of maths class one day in the Intermediate School in Killorglin. He was aged 15, the same age Thomas would have turned this December 27.

"I was sitting outside in the hallway and I was writing chords and the lyrics were just coming to me. I was listening to Christmas songs and they're all happy but not everyone is happy at Christmas time, and thinking of my mother who has a tradition of the candle in the window at Christmas."

Himself and Thomas sang the song each year in Sol y Sombra in Killorglin in aid of the local hospice branch but sadly never got the chance to get to the studio together.

Seven weeks ago Jack received a message from one of Thomas' friends saying there was a video he needed to see.

There, he saw Thomas singing his song which is especially poignant given how close it's getting to Christmas.

Then Jack decided to keep their promise and using modern music technology recorded their voices together as a duet in the most amazing and special way.

"I listened to it and I said I have got to do something with it," Jack said. "He had his own way of singing and it's lovely. I took his voice and my voice and put it together. I'm very proud of it, and it's a lot of healing for mom and dad [Julie and Ger]."

And the song is not for sale, he added.

"I'm not selling it. It's up online for people to listen to. If it can give one family a bit strength I've given something from myself and Thomas."

To listen to the special duet go to Facebook: Jack Patrick Healy.

Planning and preparing a vegetable garden

By Michelle Crean What a better way for a local business to celebrate its silver jubilee than to be named in the Top 10 places to stay in Ireland especially as they prepare to reopen after the pandemic. Owners Kathy and Don Brosnan, who run Applecroft House in Woodlawn, were named number 6 in Ireland’s […]

What a better way for a local business to celebrate its silver jubilee than to be named in the Top 10 places to stay in Ireland especially as they prepare to reopen after the pandemic.

Owners Kathy and Don Brosnan, who run Applecroft House in Woodlawn, were named number 6 in Ireland’s Top 10 B&Bs for 2022 by the Irish Independent ‘Reader Travel Awards’ while Ireland’s Best B&B was named as Dingle’s Pax House.

The couple began their business in 1997 and are very happy with the feedback from visitors who voted for their B&B, especially after two difficult years.

The couple built their house in the early ’80s and aptly named it ‘Applecroft’ as it was built in a field which has an orchard.

In the late ’90s they opened five spacious rooms up, each with its own theme;  ‘Poet’s Corner’, ‘Past Times’, ‘The 19th Green’, ‘The Race-goer’s Club’ and ‘The Kerry Way’, for guests as Kathy, who worked in The Europe Hotel and the Great Southern Killarney for many years, had a passion to bring a great stay experience to guests visiting Killarney. They kept themselves busy planting in their two acre garden during the pandemic.

They have won numerous awards over the years and have had film crews in but this latest award is the icing on the cake for the couple who are looking forward to reopening in late March.

“It’s amazing, and a bonus especially with the two years we’ve had. We’ve never experienced anything like that. It was “wow” – we were preparing to reopen on St Patrick’s Day that year and all of a sudden everything closed down on the 16. It was a big shock.”

Don creates amazing bread and scones which guests rave about, she added.

“I was delighted as we came tenth for breakfast and sixth for the B&B.”

By Sean Moriarty Legion GAA Club has led tributes to one of their most ‘fervent’ supporters who passed away on Tuesday. Described as one of the town’s ‘old stock’, Tim Looney from Coolgraine Park and late of Daltons Avenue, was a central part of Killarney’s rich sporting heritage. As well as a life-long supporter of […]

Legion GAA Club has led tributes to one of their most ‘fervent’ supporters who passed away on Tuesday.

Described as one of the town’s ‘old stock’, Tim Looney from Coolgraine Park and late of Daltons Avenue, was a central part of Killarney’s rich sporting heritage.

As well as a life-long supporter of Legion, he played basketball in the famous town leagues of the 1970s and the seven-a-side soccer ‘Wipeouts’ competitions.

“He was a very proud Legion man and always flew the green and white flag out his window whenever the club was playing in a big game,” PRO Enda Walshe told the Killarney Advertiser. “He was a fervent loyal club supporter but was also one of the characters of the winter basketball leagues.”

Tim was also a regular participant in Dart Pub Leagues back in the 1970s and 1980s.

Tim is survived by his wife Nuala, his children Joanne, Paudie and Timmy, and was a much loved grandfather to Stephen, Makaela, Chloe, Padraic, Keelan, Alex and the late Lorna. He will also be sadly missed by his daughters-in-law Margaret and Sharon, son-in-law Tony, sisters Kathleen, Sheila and Ann, brothers Lewis-John and Paddy, brothers-in-law, sisters-in-law, nieces and nephews, grand-nieces and grand-nephews, relatives, neighbours and many great friends.

By Michelle Crean What a better way for a local business to celebrate its silver jubilee than to be named...

By Sean Moriarty Legion GAA Club has led tributes to one of their most ‘fervent’ supporters who passed away on...

The Killarney Advertiser is preparing for its 50th anniversary and we are inviting you – our readers – to have...

By Sean Moriarty A Killarney man who is no stranger to tough challenges is set to take it to the...

See a job you like? Click the link and apply in seconds. Towers Hotel are hiring! Culinary | Bartenders |...