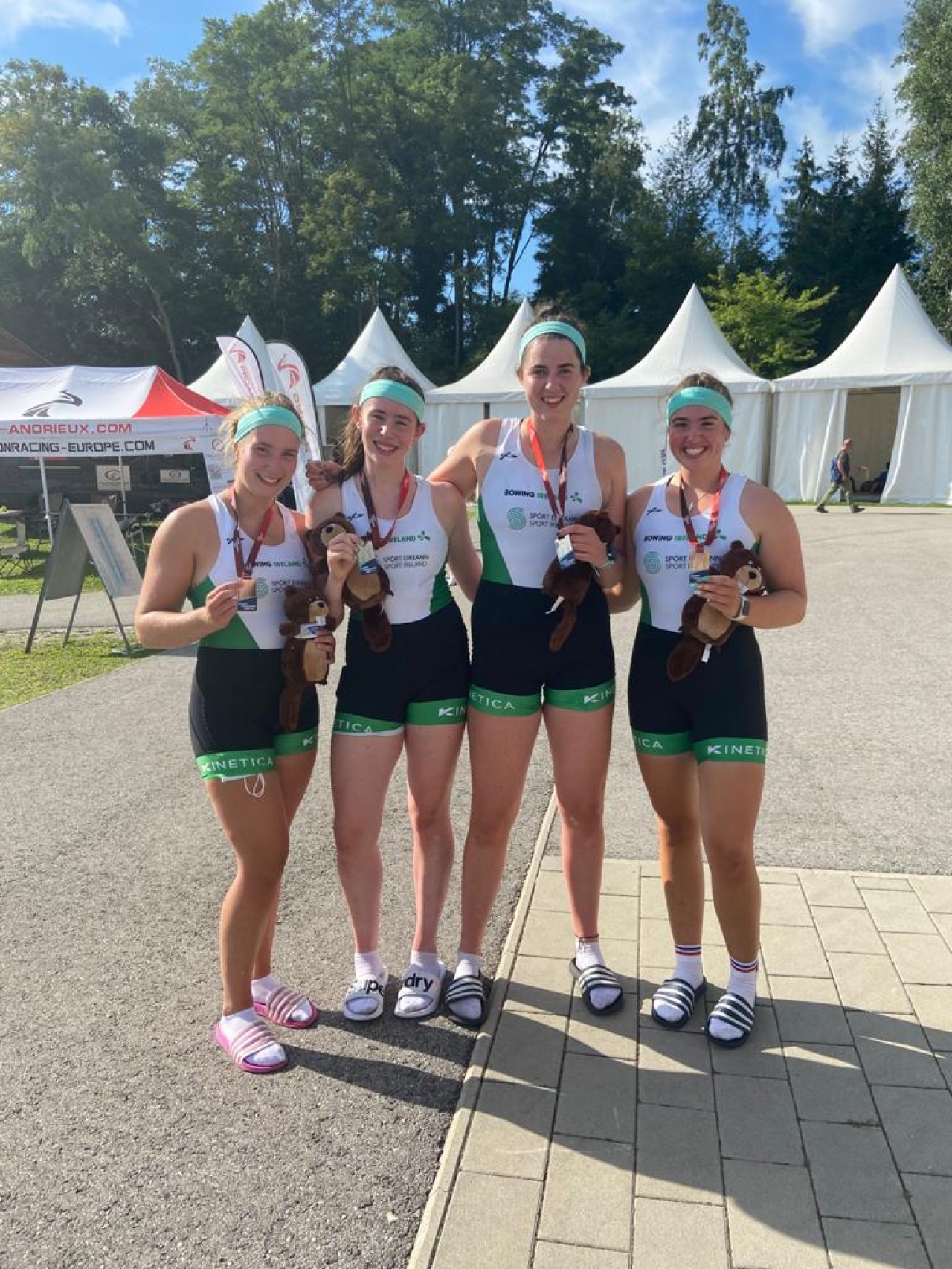 Muckross Rowing Club is celebrating after one of its members finished second in the Coupe de la Jeunesse regatta for European junior rowers at the weekend.

Caoimhe O’Sullivan was a member of the Irish Team in the Junior Women’s Quad that took second place in Linz, Austria.

Caoimhe joins a special group of Muckross rowers, becoming the 11th member of the club to race at the Coupe de la Jeunesse since 1996 and the first since 2013.

“To qualify for the Coupe is itself a fantastic and rare accomplishment and to return with a medal is a great reward for all the effort and dedication invested in training. The whole club is incredibly proud and delighted for Caoimhe,” said Muckross Rowing Club’s Tim O’Shea.

“The club is also grateful to Lee Rowing Club in Cork, where the Coupe crews trained for the past month under the guidance of coaches Ray Morrison, Vivian Kelleher and Mick O’Riordan. Caoimhe has invested long hours in her training and throughout the COVID-19 restrictions and showed exceptional commitment to a testing programme involving regular training sessions on the indoor rowing machine and in the single scull out on the lake. Caoimhe’s talent and rowing skill has been guided at the Muckross club with the support of a number of the club’s coaches, including Marko Tot, Maurice Coffey, Elaine Daly and Noel Kelleher.”

Caoimhe is a native of Headford and daughter of Micheal O'Sullivan and Liz Healy.

“Caoimhe was cheered on from the stands at the Ottensheim course by proud parents Micheal and Liz while the whole of Muckross Rowing Club was tuned into the live Internet stream over the weekend,” added Tim.

Caoimhe’s focus now turns to the Irish Rowing Championships, which takes place this weekend in Cork. Her brother Finn is also in action this weekend.

Public asked to stay away from UHK as hospital under pressure