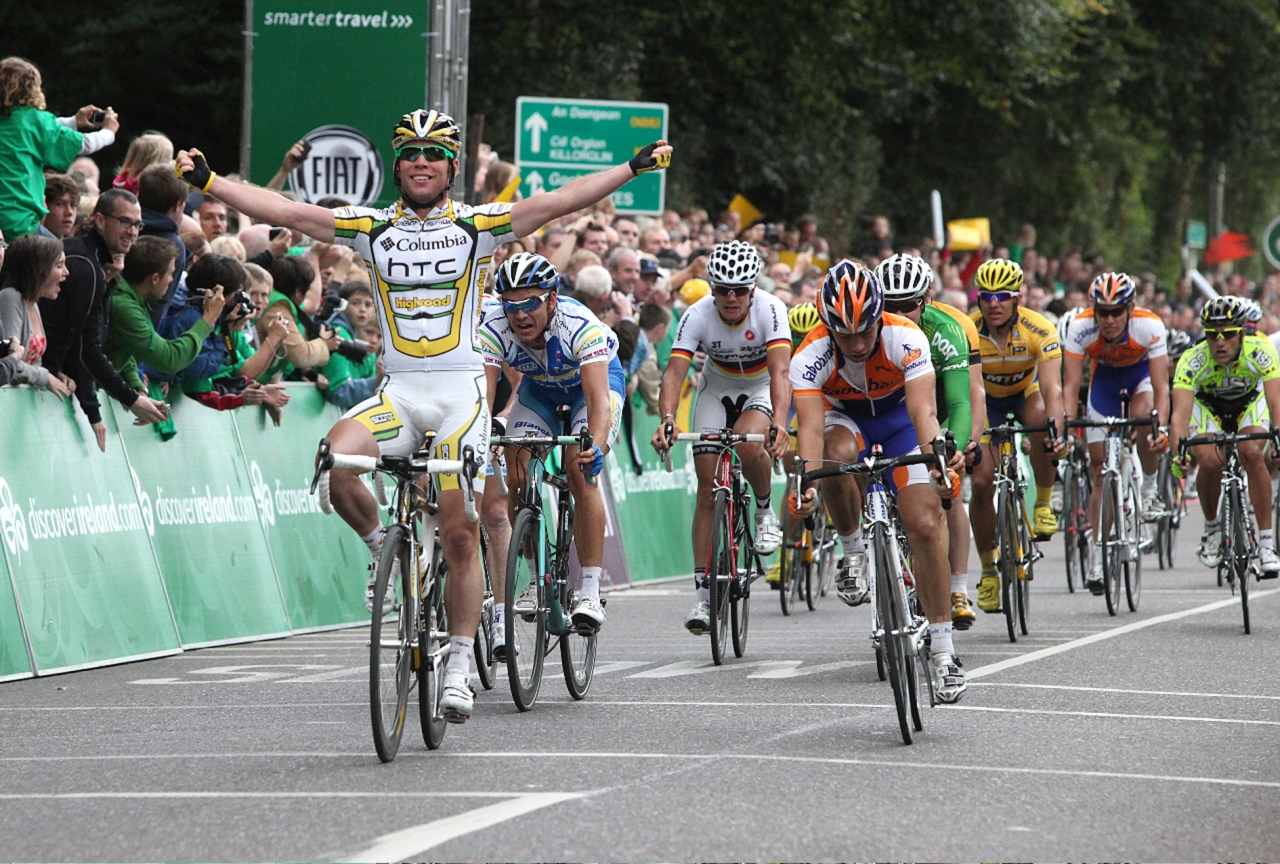 BACK IN TIME: Mark Cavendish (Columbia HTC) who won Stage Two of the Tour of Ireland exploding into the finishing line on Port Road in 2009. Photo: Valerie O'Sullivan

International cycling returns to the streets of Killarney tomorrow (Saturday) for the first time since 2009.

In the intervening years several international cycle races including the Rás Tailteann have passed through town but it is 13 years since Killarney hosted a stage start or finish of a major cycle race.

The town also hosted stage starts and finishes during the Nissan International Classic era of the late 1990s.

That will change tomorrow as Killarney Cycling Club host the start of Stage Two of the Rás Mumhan.

Over 150 riders representing Ireland, Scotland and England will roll out from St Oliver’s National School in Ballycasheen at 10.30am.

The peloton and its supporting cast of team cars and officials will create a colourful convoy along Countess Road and Mission Road.

The town centre element of the race will be neutralised until the riders reach Fossa at around 11am.

From there the cyclists will race over a daunting course via Killorglin, Bealach Óisín Pass and Coomakista near Waterville before the stage finishes in Sneem later in the day.

Back in 2009, during the professional Tour of Ireland, Killarney cycling fans got to see some of the best riders in the world in action, as the second stage finished on Port Road.

Local cycling journalist Padraig Harnett remembers the August 2009 race. He was travelling in a press car as the race made its way off Mushermore Mountain near Millstreet.

“It was the greatest performance I have ever seen, the cyclists came off the mountain at 80km/h, I was in a press car and the driver had to back off – it was too fast for the car,” Padraig told the Killarney Advertiser.

The stage was eventually won by ‘Manx Missile’ Mark Cavendish who now holds the joint-record for the most stage wins in the Tour de France. The peloton also included Lance Armstrong who finished third in the Tour de France earlier in the year and before his fall from grace.

“Cassidy and Van Winden were caught coming in by Lissivigeen. It resulted in a bunch sprint to the finish, Cavendish won but there was no doubt that the thousands of people along Port Road were there to see Armstrong. Hindsight is great,” he added. “Armstrong refused an interview, it was raining and he was too cold after the stage and stayed in the team bus.”