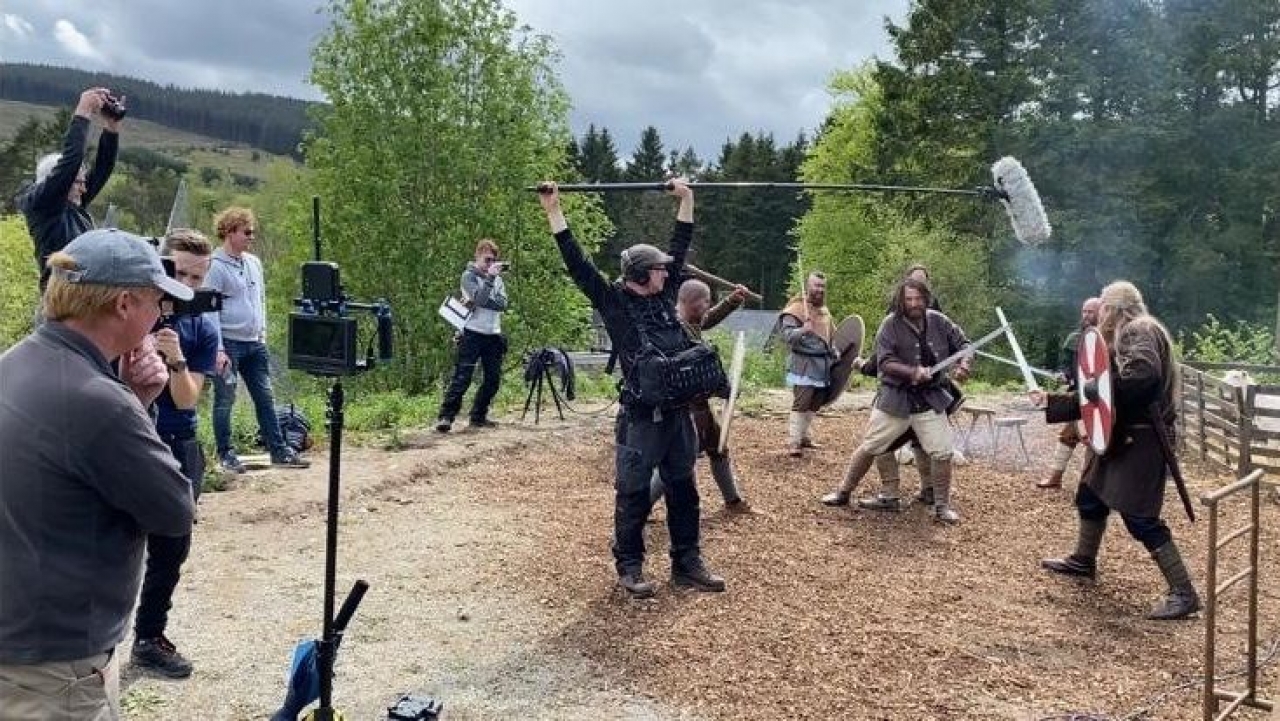 A local man, who was Assistant Director on a new film, was delighted to see it premiered at the Vatican in Rome after it was presented to Pope Francis. 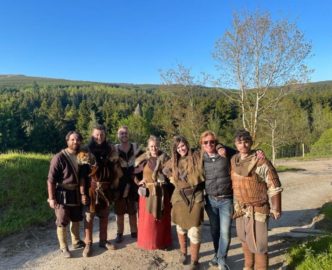 FILM PREMIERE: Ciaran McCarthy (second from right) from Killarney worked on the EWTN Film Docudrama ‘Speak of the Devil' which was screened in the Pope's private cinema.

Ciaran McCarthy from Killarney worked on the EWTN Film Docudrama ‘Speak of the Devil' a Viking re-enactment of the biblical Prodigal Son story focusing on the age-old battle between good and evil, and features the services of around 50 actors, crew and support staff in a film shoot lasting several weeks.

It was filmed in Ireland and the United States, and was screened in the Pope’s private cinema in the Vatican, and presented to his Holiness Pope Francis.

The film offers a unique take on the parable of the prodigal son, and explores how people can use prayer and belief to help deal with the challenges of everyday life. The plot is recast in a medieval setting where the father patiently allows his son to make his own choices, but also awaits him with open arms and unconditional love when he comes back home.

This Irish docudrama presents the celebrated parable in a whole new light because the cinematic retelling, interwoven with insightful interviews, teaches the importance of being “battle-ready” in the spiritual struggles we all face each day.

“It was a real buzz working on this Viking theme production re-enacting the parable of the Prodigal Son, and it’s just amazing that – after all our hard work – it has been screened in in the Vatican’s private Filmoteca Cinema," Ciaran said.

The production re-enactments were filmed on location at the former Ulster History Park at Omagh, County Tyrone. It features 25 crew and 25 cast all recruited in Ireland. Filming took place in May 2021, due to the ongoing pandemic all cast and crew had to be tested for COVID every day which added much pressure to the filming as one positive result could have meant complete shutdown.

“That presented considerable challenges and tested our own resilience and strength of spirit during the making of the film," Producer Aidan Gallagher explained.

Over €44k in funding for Killarney Water Rescue