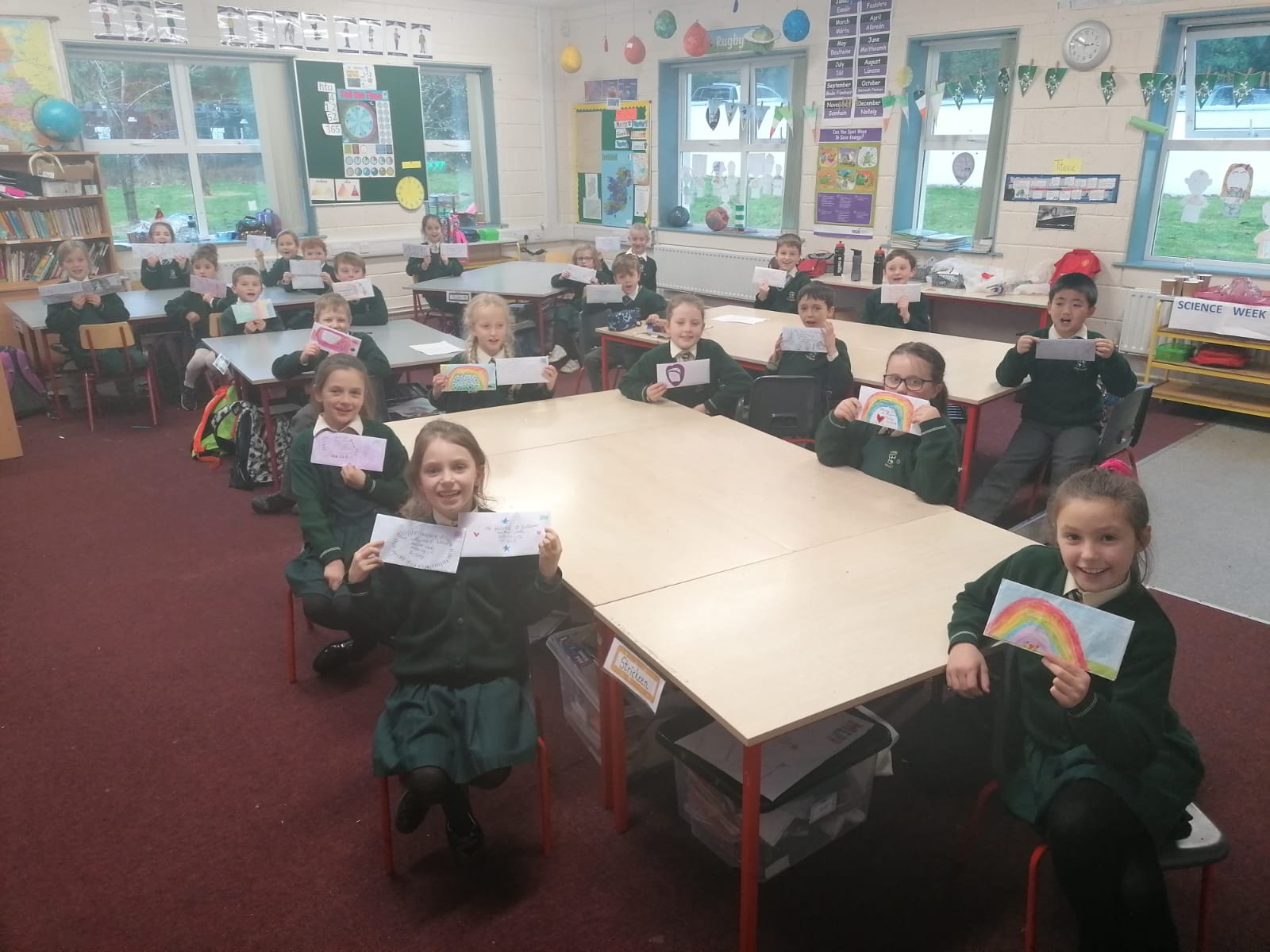 HEART-WARMING: Pupils from Second and Third class Loreto National School have written letters to some of the residents of St Columbanus Community Hospital.

Not only were they practising their writing skills with their latest project but Loreto pupils are about to bring joy to the older members of the community whilst also recording history! Pupils from Second and Third class in Scoil Bhríde, Loreto National School were busy during last week writing letters to some of the residents of St Columbanus Community Hospital, Killarney.

The class, led by their teacher Pádraig O’Sullivan acknowledged the effect that the COVID-19 restrictions were having on the residents and decided that this would be a nice way for a little bit of happiness to be brought to their day.

Some 32 letters along with questionnaires based on school long ago, made their way to the community hospital where they were kept in quarantine for a number of days, school principal Brian O’Sullivan told the Killarney Advertiser.

“They were then distributed to some of the residents who were thrilled to receive them. The questionnaires will form part of a history project and will be enclosed in a time capsule to be opened on Christmas week 2050! The boys and girls were delighted to be involved in this lovely project and they really benefited from the development of their letter writing skills.”

All other classes in the school are also working hard to create beautiful pieces of Christmas art and producing a musical performance which can be viewed by the residents online, he added. “These will be gifted to the residents and staff in the coming week. A huge thanks to all the staff in St Columbanus Community Hospital for making this project possible. The school will also be taking part in the ‘Christmas Together Campaign’ led by local Gardaí. A no uniform day was held on Friday and all money raised will be used to buy Christmas gifts for the residents of local nursing homes.”