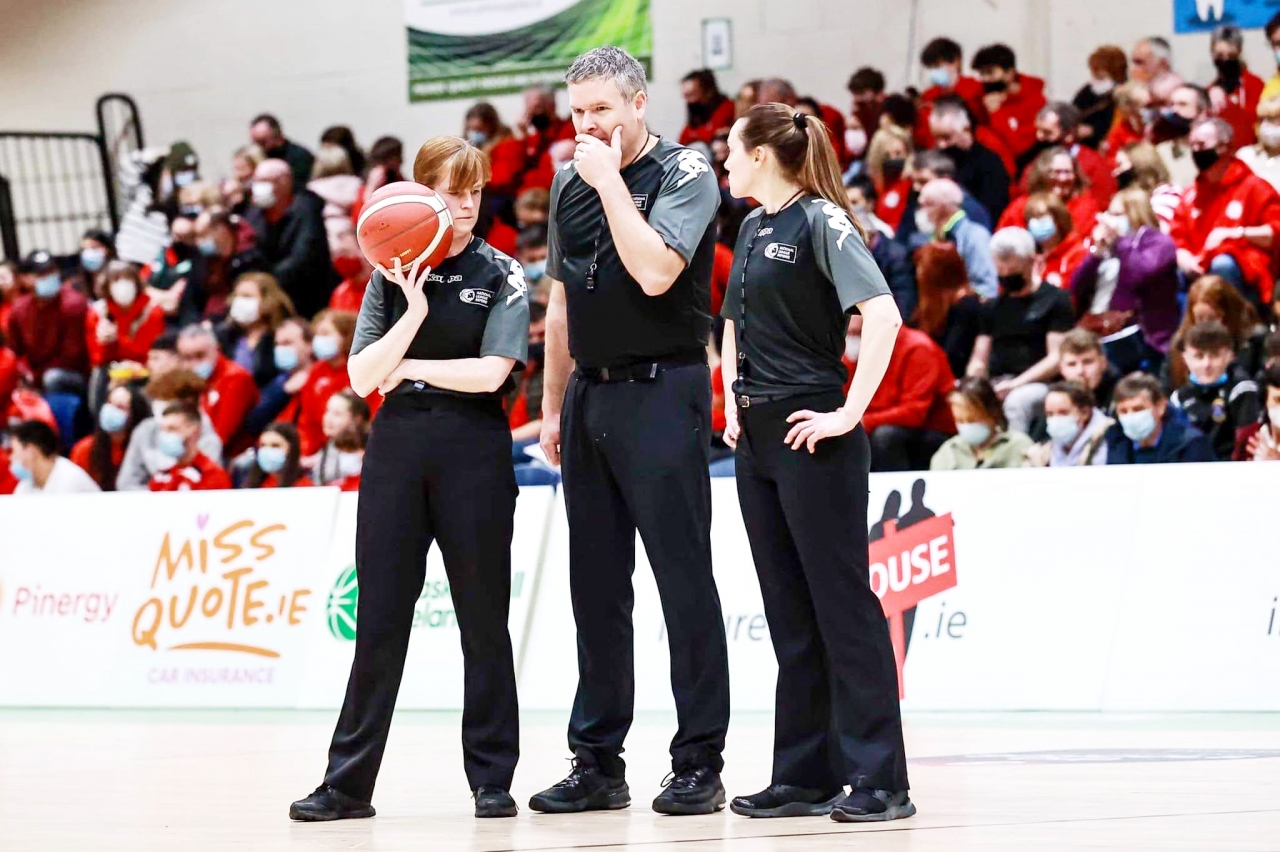 A Killarney woman is making a name for herself as one of the few female basketball referees in the country. 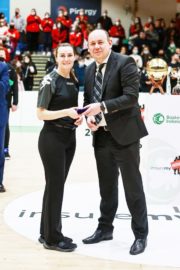 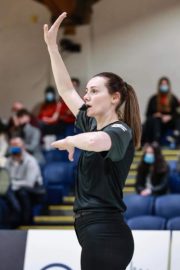 IN ACTION: Killarney referee Emer Buckley pictured in action on the court.

Emer is the only Superleague referee in Kerry. There are two other Kerry female officials who are on the national league panel.

Last month she was one of the three designated officials to take charge of the Womens’ National Cup Final in Dublin and her ambition is to officiate at Men’s Superleague games in the future.

Her career as a basketball referee started shortly after she hung up her national and club jersey.

Keen to stay involved in the sport that shaped her life, the Ardshanavooly-raised woman started refereeing school matches in the popular town league, about 10 years ago.

“The competitive streak in me meant that I could not carry on playing just for fun, I had to get involved on the inside,” she told the Killarney Advertiser. “Breeda O’Neill rang me one time and said she was desperate for a referee for a juvenile town league game – it kind of took off from there.”

The local town league matches sparked an interest in the official side of the sport and after taking a few Basketball Ireland courses she started to referee local county matches in Kerry.

Her work rate and sense of fairness on the court attracted the attention of Paul Dempsey, one of Ireland’s top Basketball officials and FIBA (International Basketball Federation) National educator, and he encouraged Muckross-based Buckley to take national league level courses.

She officiated her first national league game back in 2012 under her mentor, Emma Perry, another top senior Irish basketball official.

Perry is a driving force behind getting more woman involved at an official capacity and guided Buckley along her journey.

All through lockdown, she spent hours on Zoom calls and other online courses to continue educating herself and to improve as an official. These courses were led by FIBA national educators from all over Europe.

This resulted in her being selected as one of the three match officials for the national semi-finals and finals last month.

For the average spectator in the stands, it looks like the referees just turn up on the day of game, take charge and go home once it is over.

A typical national match would involve hours of pre-event preparation. Buckley studies videos of previous matches involving both teams so she can get an understanding of their style of play.

She must build off-court relationships with club managers and team officials and once it is all over she is subjected to peer assessments who comment on what she did right or wrong during a game.

“I try and go for three to four runs a week which could be between 5 or 10kms on a good week,” she added.

“They are my number one supporters. When they tell their friends they are going to a match, their friends ask "What team are you supporting?", and they say "We are supporting the ref",” Buckley said.

She has received a lot of support throughout her career as an official and in turn Emer is passing her knowledge to all local league officials as she is also the development officer for the Kerry Officials Association. 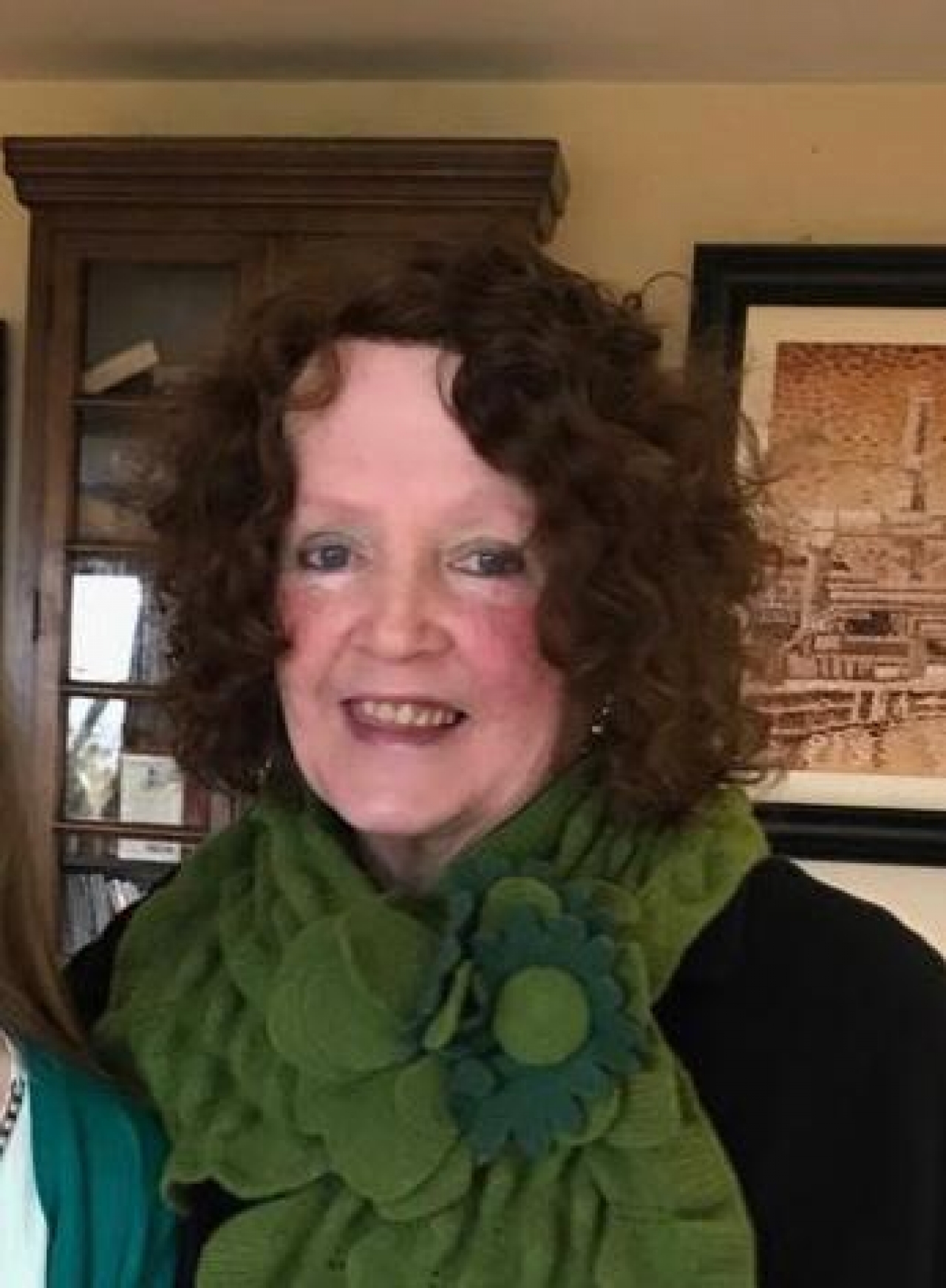 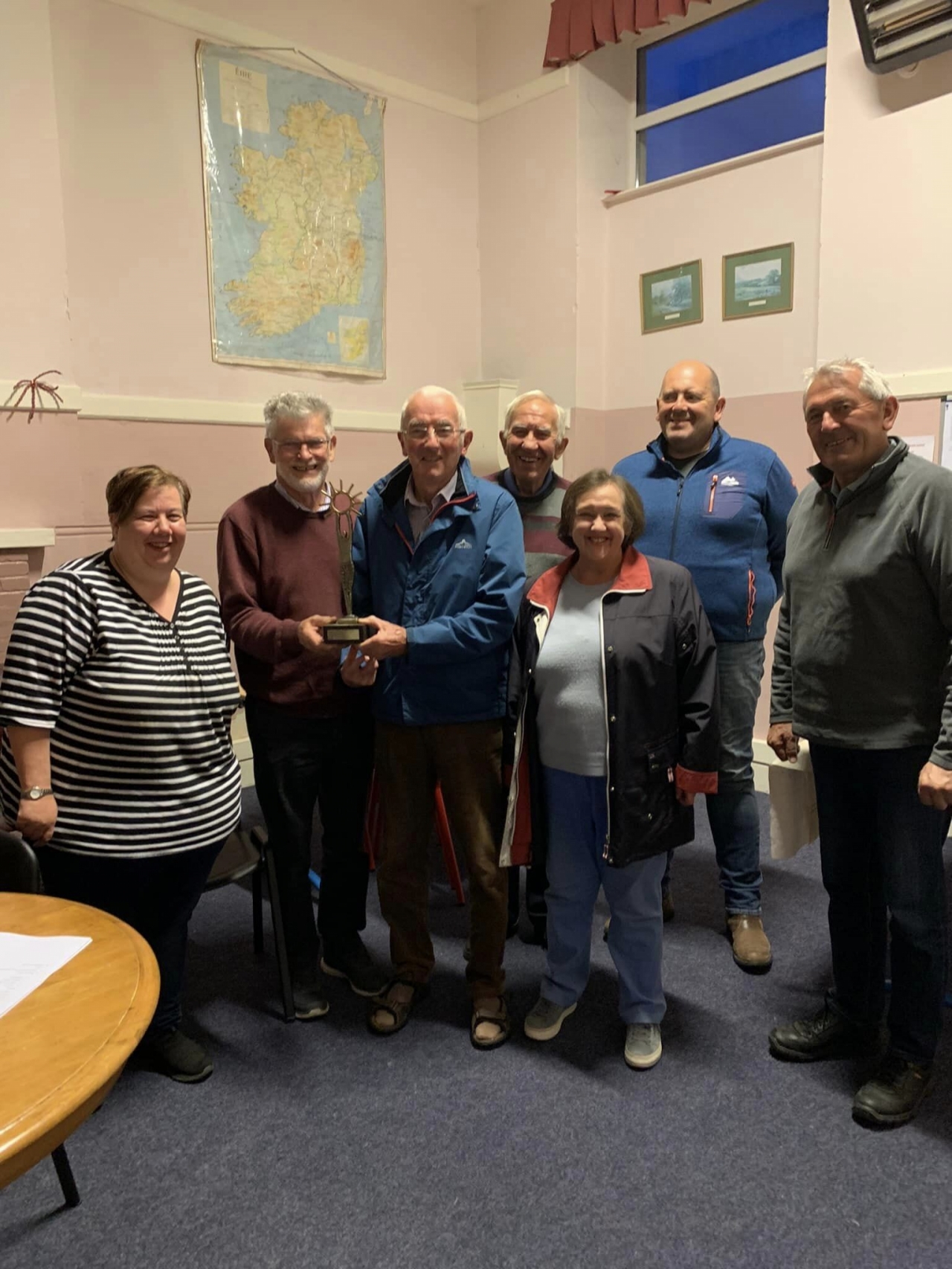