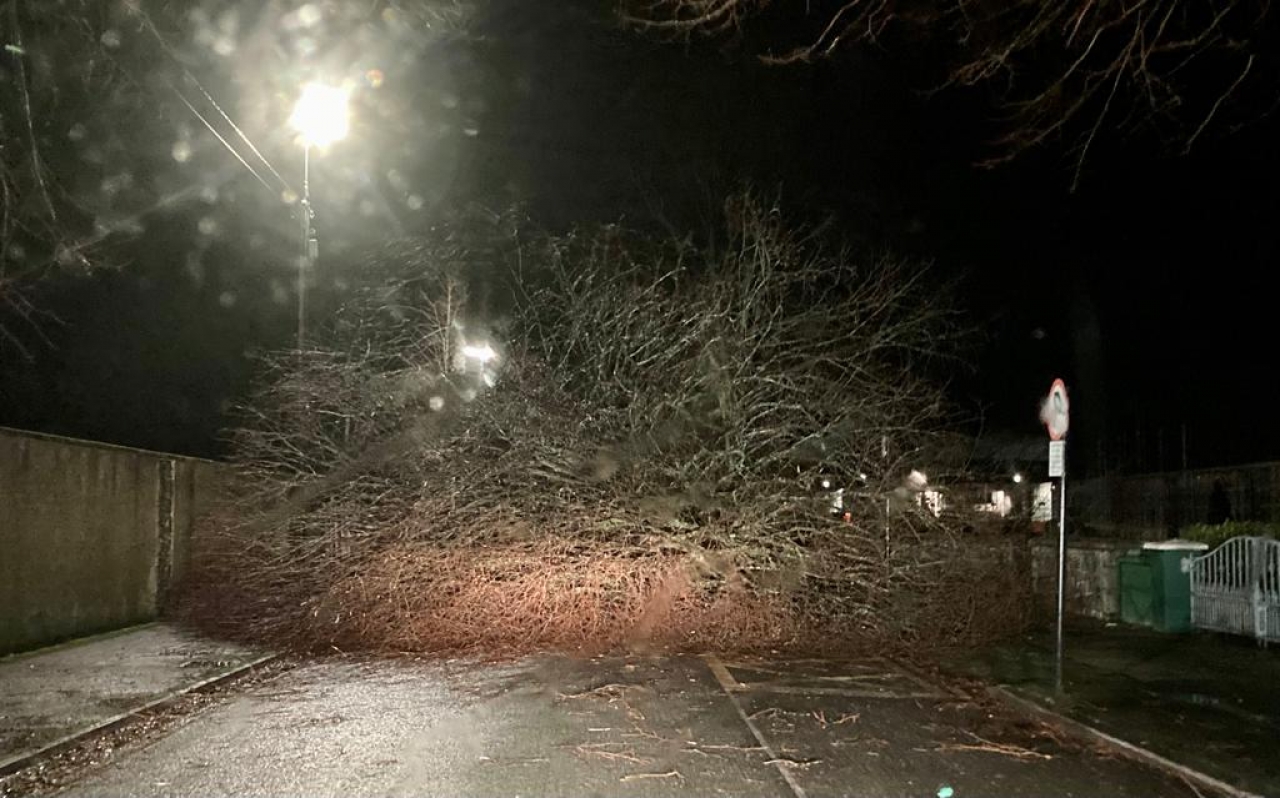 Fire fighters have raised serious concerns this week over new rules that they have to stay at home during a Red weather warning but are still obliged to arrive at their local station on time if an emergency occurs.

The row centres on newly introduced work practices that were brought into place ahead of Storm Eunice last week.

The meeting began at 2pm yesterday and was ongoing at 6pm. Union officials from all Kerry-based fire stations attended the meeting as did Moira Murrell, the Chief Executive of Kerry County Council.

Members of Kerry Fire and Rescue claim they are being forced to stay at home and only attend callouts during Red warning weather alerts when their pager goes off.

In the past members would stay in their local fire stations - on standby - during a Red warning.

Firemen are contractually obliged to arrive at their local fire station within in five minutes of a fire call.

Their concerns are multilayered. They are worried that they cannot respond in time to a callout in the event of fallen trees on their way to the station.

They are angry that they are being forced to drive their own private vehicles to work during a Red warning at a time when their employer, Kerry County Council, is advising people not to travel.

An alternative, which was in place before, is to allow firemen to stay at their local station for the duration of the Red warning where basic sleeping and wash facilities are available on-site.

During last week’s Storm Eunice volunteer members of the Civil Defence stayed overnight at local fire stations but paid staff were told to stay at home and await callouts.

Local firemen believe this is a cost saving effort by Kerry County Council as the volunteers do not have to be paid.

If rescue staff stayed for prolonged standbys at their local stations then their per-hour wages could cost more than their callout fees.

“Kerry County Council and Met Éireann are telling people to stay inside, yet in the event of a pager going off they expect retained fire fighters to get up in the middle of the storm and drive to the station,” one local fireman told the Killarney Advertiser.

He was also concerned about his road insurance in the event of an accident on the way work during a Red warning and felt his employer should be liable if he was involved in an accident as they would have instructed him to drive on dangerous roads as opposed to the safer option of staying at the local fire station.

Kerry County Council issued a statement on the issue to the Killarney Advertiser.

“Kerry Fire Service is a retained fire service with members available to provide a 24-hour emergency service and is mobilised to respond to emergencies in line with established protocols,” said the statement.

“Planning and coordination for Storm Eunice was extensive and involved detailed safety assessments across the organisation, based on established processes and procedures. The health and safety of all staff remains paramount.

“During this weather event, Kerry Fire Service and the full complement of Local Authority emergency and support services remained available to respond to emergencies in the normal way.

“The response to all weather emergencies are reviewed in their aftermath and that will also happen in this case. There will be engagement with staff unions as required and in keeping with established industrial relations structures.”

Side splitting comedy back on Scartaglen stage

Town ready for life after pandemic