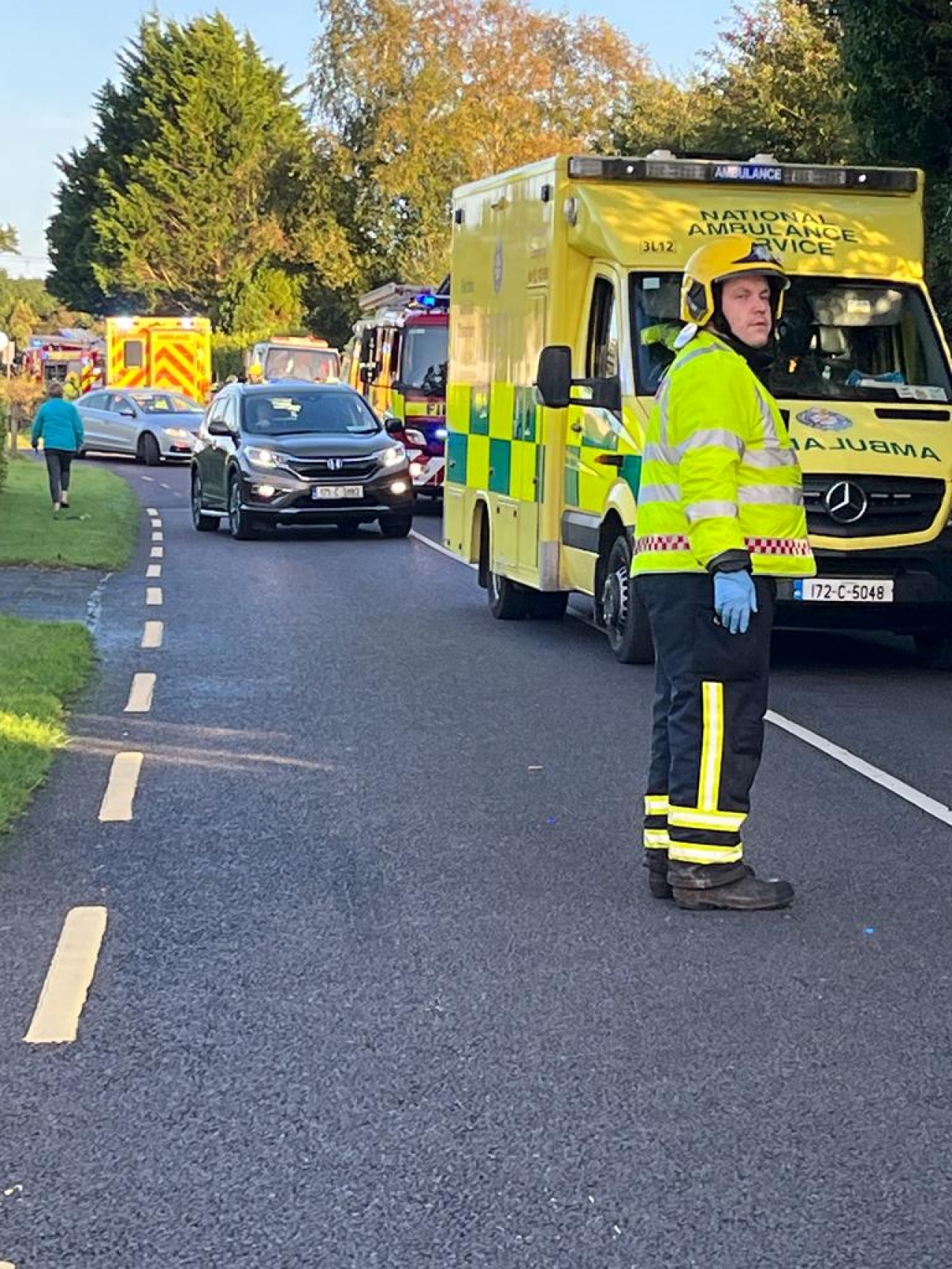 CRASH: The scene of the most recent serious accident at Finnegan's Cross.

Less than 24 hours after Cllr Marie Moloney raised concerns about the lack of progress on the dangerous Finnegan’s Cross traffic safety project the junction witnessed another serious crash.

Despite allocated funding for the notoriously dangerous junction, work has yet to commence on promised upgrades.

Last February the Minister for Transport Eamon Ryan allocated €200,000 to the project. However, this was just a carryover from previously unspent money allocated under the 2021 Safety Improvement Works on Regional and Local Roads funding scheme.

The junction has been the scene of several serious, some fatal, accidents in recent years and while new safety signage has been installed on the north/south approach to the junction, the promised realignment works have yet to start.

“The delay with dealing with safety works at Finnegan’s Cross in unacceptable. This has now been ongoing for two years and apart from the erection of signs, no work has taken place on the ground,” she told the meeting.

“This is not fair to the people living in the locality who use this junction where there is no sight distance and are risking their lives every day. We have been advised that agreement has been reached with the landholders and designs drawn up but it still has not gone out to public consultation.”

Several ambulances, fire engines and garda cars attended the scene of another crash at the junction – 24 hours after Moloney raised the matter with the Council.

Council officials say that the reason the project has not moved forward is that there has been a substantial increase in costs and the allocated €200,000 will not now cover the costs of the project.

“Following on from discussions with the relevant landowners, an estimate of the proposed design has established that the cost of the proposed scheme will exceed the existing allocation under the terms of the Safety Improvement Scheme,” a Council official told the meeting.

“Following discussions with the Department of Transport, Kerry County Council has prepared and submitted a Project Appraisal Report to the Department for their consideration with the view of funding the Scheme via an alternative funding source. Once the source of funding has been established, Kerry County Council will be able to conclude the acquisition by agreement of the required land. This acquisition would be subject to obtaining the necessary approval under a Statutory Process.”

Moloney added that further delays will lead to more fatalities at the junction and is calling for traffic calming measures like rumble strips or ramps to be installed on the east/west approach too.

She will also bring a deputation of concerned locals before the council during either the November or January meetings in an effort to get solutions to this ongoing project.”