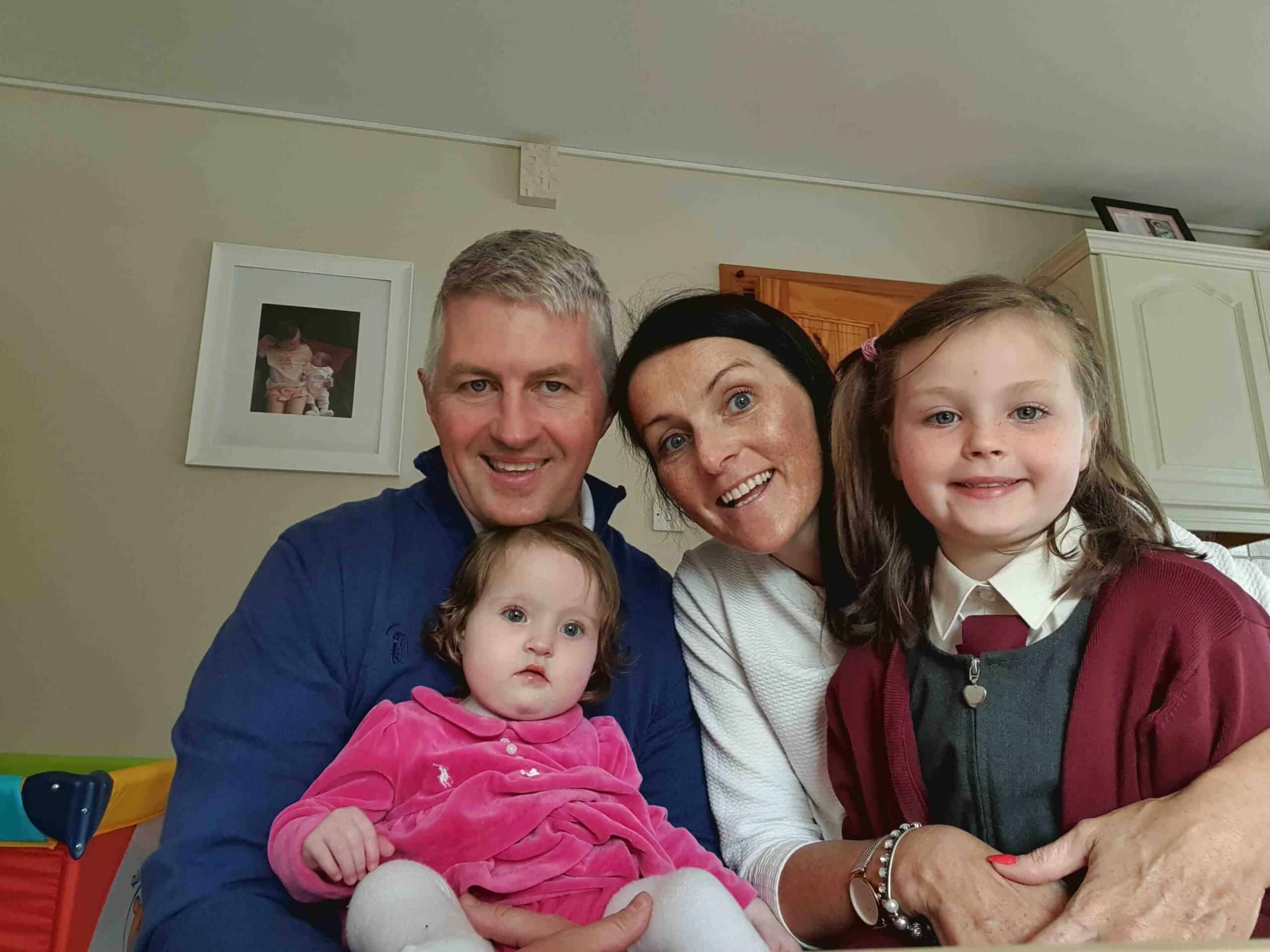 A Ballyhar family, whose 20-month-old little girl lost her brave battle with a rare life-limiting heart condition have praised hospital staff for the care she received. Little Lily Ellen Daly from Lisheenacanna, Ballyhar was born with an aggressive Pulmonary Vein Stenosis (PVS) in June 2019.

Diagnosed at just eight weeks old, the brave little girl underwent open heart surgery at just 12 weeks old in Crumlin Children's Hospital. Just a month later she was admitted to palliative care but her parents Caroline (O'Shea) and Michael Daly, vowed to do everything possible to help her. However, as Crumlin had never performed a sutureless repair operation as her condition was so rare her parents decided to go to New York to seek help.

"She was a very happy little girl," her mom Caroline, who is currently on leave from her accountancy job at Prima Finance Killarney, told the Killarney Advertiser.

"She loved her family and her sister. For everything she went through she was very content, you wouldn't think there was anything wrong with her. We got an extra 15 months with her. The surgery in New York was a final option for Lily and sadly it was not successful. Crumlin went above and beyond but they had never done anything like that before for her condition. It was just that the condition was life-limiting."

Sadly, Lily Ellen passed away peacefully on February 26 in the arms of her loving parents in the Intensive Care Unit of Crumlin Children's Hospital.

Following Mass of the Angels in St Gertrude's Church, Firies, Lily Ellen was laid to rest in new Kilnanare Cemetery.

Caroline added that they became part of the Crumlin heart family saying the staff went above and beyond in their care for Lily Ellen.

“On a sad note, the local authority extends sympathy to Michael Daly of Ballyhar. He lost baby Lily Ellen Daly during the week. It is an awful tragedy. Michael is a well-known and respected member of Kerry County Council staff.”

The family have asked for donations to be made to The Heart Centre in Crumlin Children’s Hospital www.heartchildren.ie.