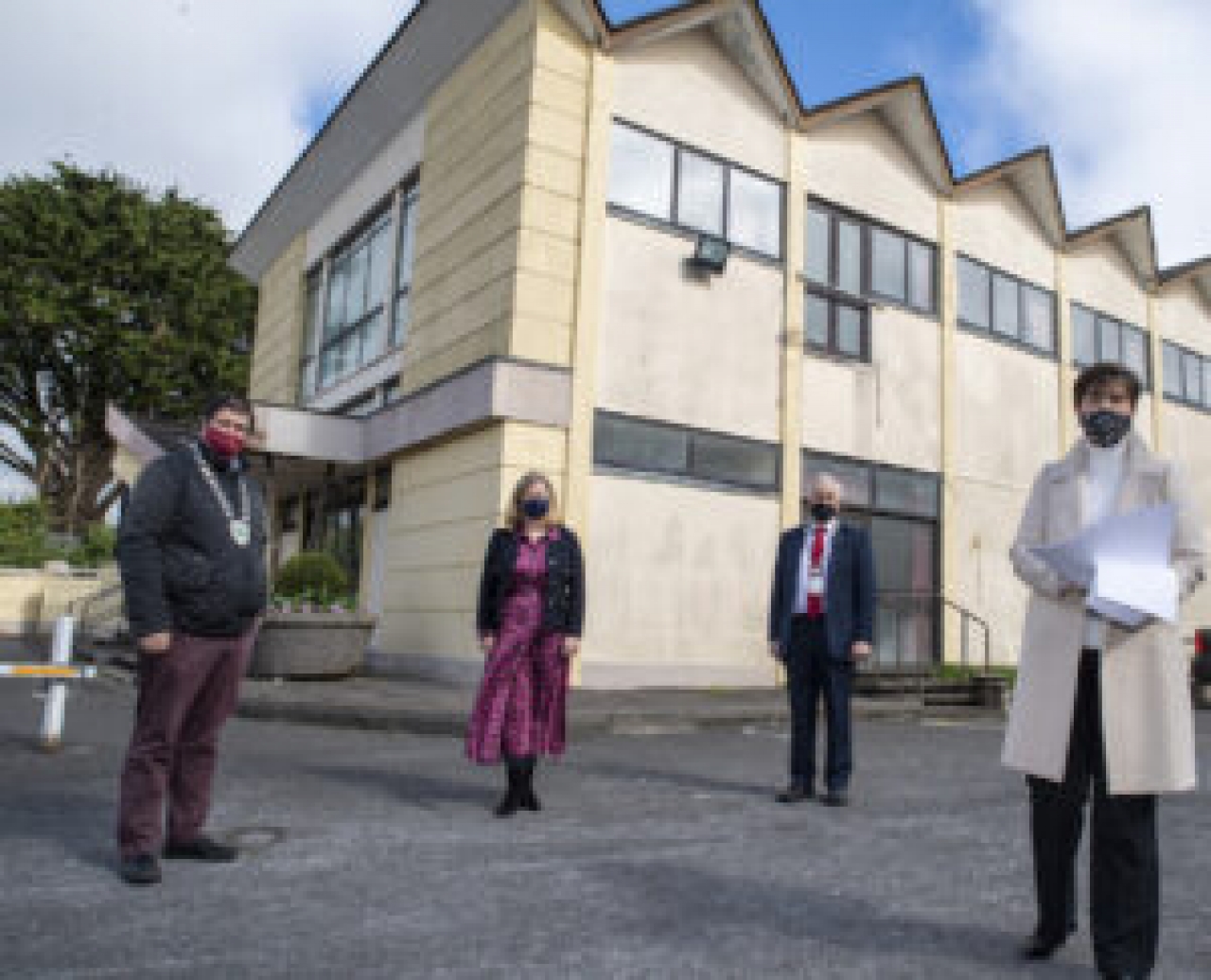 Killarney Musical Society is calling on the Council to speed up the development of the Áras Phádraig site on Lewis Road.

Their call comes the same week that former society member Jessie Buckley was nominated for an Oscar at the Academy Awards in Hollywood.

Plans for the site, which has been idle since the Franciscan Friars donated it to the people of Killarney in 2009, were unveiled at last November’s Killarney Municipal District Meeting.

The redevelopment plan, which will be done on a phased basis will include an underground car park, a 2087sqm theatre, public realm educational and office spaces and café being built on the site.

The last time Killarney Musical Society performed at the Áras Phádraig, 10-year-old Buckley was one of the stars of the show.

She has since forged a Hollywood career and joined Fossa’s Michael Fassbender who is also an Oscar nominated actor.

Without a proper theatre in Killarney, Orna Cleary of Killarney Musical Society believes that future stars cannot be nurtured and the legacy of Buckley and Fassbender cannot be built upon.

“Everyone starts in the back of a town hall,” she told the Killarney Advertiser. “Look at the beautiful intimate Siamsa Tíre in Tralee. It is an awful situation for our town.”

Exclusive massage is an other-worldly experience

It’s important to detox and rejuvenate your body