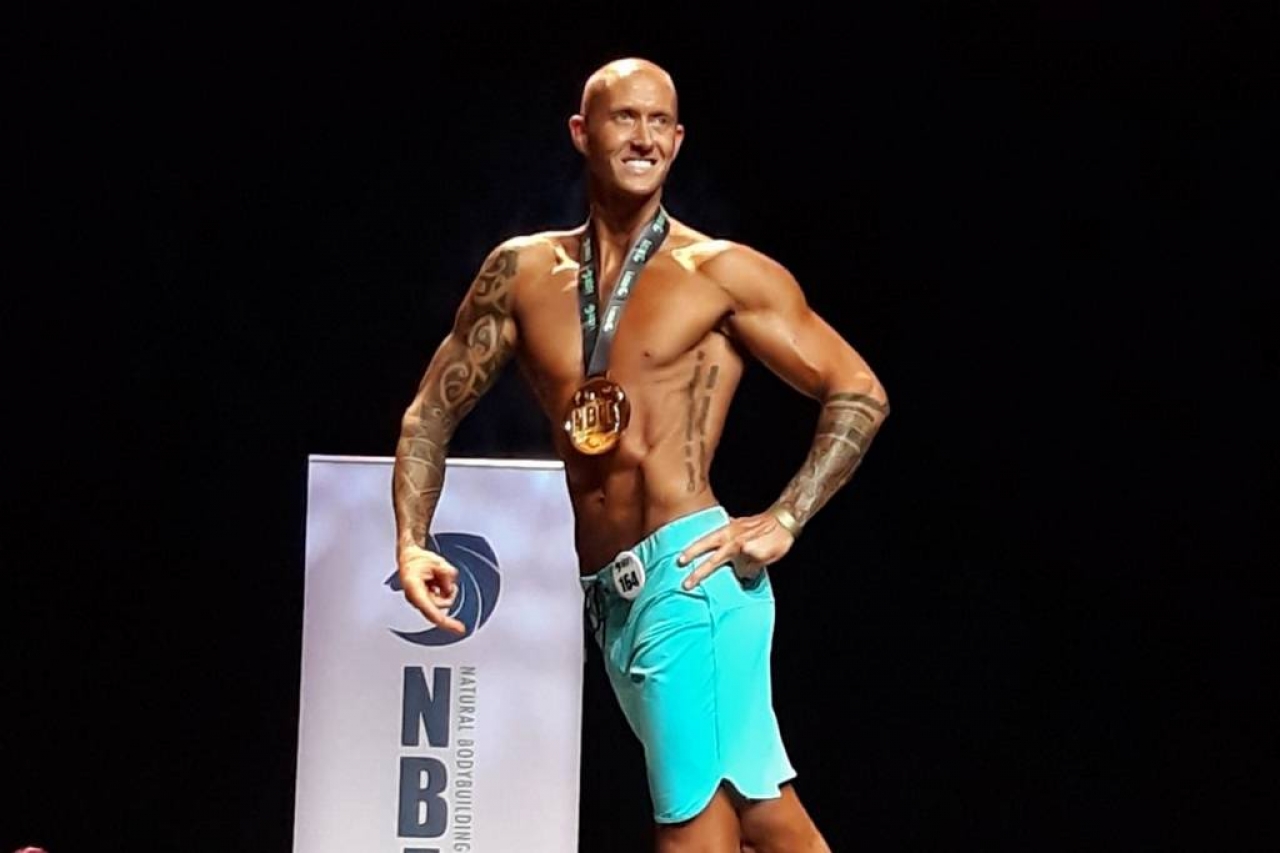 BEST IN IRELAND: Bobby Enright won the 'All Ireland' of bodybuilding in Dublin last week.

One man is celebrating winning three of the biggest bodybuilding competitions in Ireland and Britain over the last three weekends.

Bobby Enright of Peak Performance Academy, who lives in Kilcummin, won the Masters Over 25 age group titles in Derry and London before taking the gold medal in overall Irish competition in Dublin recently, the result of five years of hard work.

His previous performances in Derry and London saw the 40-year-old win the Over 25 category but the Irish event, run by Irish Natural Bodybuilding Federation, does not run competitions for different age groups.

“I was pitched in against all the young guys. The Irish Natural Bodybuilding Federation does not have a masters category, I won the Open Category,” he told the Killarney Advertiser. “To win gold was a dream come true. I have been trying to win this for five years, the best I managed before was bronze. It is like winning the All-Ireland.”

The Listowel native has been living in Killarney since 1998. He opened Peak Performance Academy in 2016, and one year after that he started competing in bodybuilding competitions.

"I sacrificed everything, I had no social events and had a strict diet for the last six months to get to 5% body fat to compete and win shows. My focus was training, dieting and running my business for the past year."

Christmas is coming to Killarney early