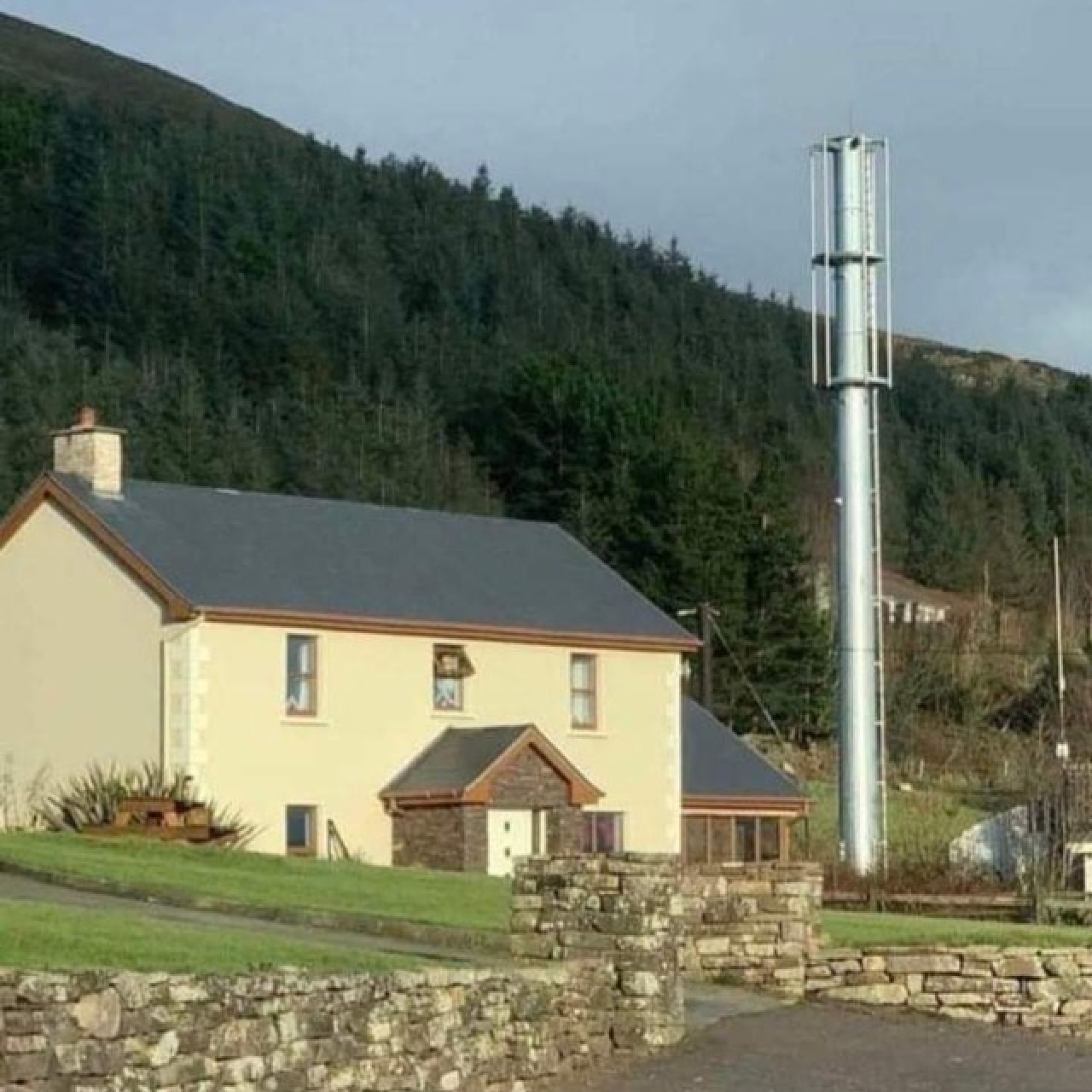 The community of Inch is maintaining a 24-hour vigil outside a telecoms mast that was erected near a family home last week.

Towercom built the 24 meter high telecommunications monopole on their own site – and with full planning permission – within meters of the family home in the west Kerry village.

The tower was erected last week and the scale and size of it caught the community off guard.

“It is a big metal skyscraper in a tiny village,” group spokesperson Katie Foley, of Foley’s Bar told the Killarney Advertiser.
Over the course of the last week the community has held talks with politicians in an effort to get the tower removed.

Towercom has agreed to cease all operations at the site until a meeting can be held between senior Towercom staff and the community.

In the meantime, members of the community are maintain a 24-hour watch on the site in case engineers return.

“We have people here from 7am and 9pm every day and others are keeping an eye through the night,” added Ms Foley.

“The community is sticking in the ground and will not allow this go ahead. We understand that the engineers are just the men on the ground – they are paid to do a job. But we are the people on the ground here and we also have a job to do too. We are trying to get in touch with the men in offices.”

Ms Foley also raised concerns on some of the discrepancies in the planning paperwork. It was stated that tall trees would be planted around the tower to hide it from public view.

“None of that was put in place to even try and camouflage it,” she said.

Towercom, the company which owns and operates the new 20m monopole structure at Inch, has stated that the enhanced telecommunication infrastructure is compliant with planning laws and regulations.

“The increase in demand for mobile broadband in the two years since Covid, to support home working and the significant increase for both business and home use, requires urgent and significantly improved infrastructure countrywide. The enhanced Inch structure is a critical part of this telecommunications network and is required in response to rising demand from consumers ,” said a Towercom statement.

Full planning permission for the enhanced structur was granted by Kerry County Council in October 2020.

“Following complaints received earlier this week, Towercom has now paused work, pending discussions to be held locally and arrangements are being made currently in this regard. “We are hopeful that the matter will be resolved shortly to enable provision of improved broadband services for the community living in and those visiting, this part of County Kerry.” Towercom added.

In our print edition, dated December 24, we mistakenly said that Eir was the owner of the communication site.

“Eir are aware of the issue over the placement of a mobile mast in Inch, Co. Kerry. The tower has been developed and is owned by Towercom, not eir, and eir mobile service is not available from this mast location. Towercom is engaging with local residents on the matter,” said an eir statement.